Note:  It was a wild and busy first day of Winnipeg Jets training camp on Monday.  From group 1 we saw some initial lines/D pairs as well as heard from Blake Wheeler, Paul Stastny and Patrik Laine.  Group 2 skated early in the morning and saw some unexpected player changes and we heard from Dylan Samberg. Sandwiched in-between the skates of the two Jets groups was the news that Marko Dano had been placed on waivers by Winnipeg (Update: He cleared waivers this morning). As per usual there was quite a bit to digest from the chat with Jets bench boss Paul Maurice.  We also learned the Jets game start times on Monday.

Note III:  There aren’t a lot of Jets prospects still playing overseas but there are a few. Get caught up via our latest report.

Note IV:  Day 2 of Jets training camp gets underway with group 2 on the ice at 7:30 AM and group 1 on the ice at 11:00 AM.  Here is a look we got last night at today’s group compositions.  As always we will have it fully covered so be sure to stay tuned.  Update:  Check out what was happening with group 1, group 2 and in the chat with coach Paul Maurice.

The Athletic:  Patrik Laine’s refusal to shoot down trade talk says a lot. (Paywall).  Murat paints a picture of the entire saga from Monday.

Sportsnet:  31 Thoughts.  A Laine comment in point 2, a Dubois rumour re: Wpg because his dad (Eric) is a coach for the Moose in point 3 and Roslovic talk in point 7.

Winnipeg Free Press:  Team starts camp in high gear. (Paywall).  Teams are certainly going to have to hit the ground running the moment games start to get played this season.

Winnipeg Free Press:  Defence prospect Samberg among the early skaters.  (Paywall).  While some were expecting him to challenge for a spot on the Jets defence it appears (for now) that he is destined for taxi squad (less likely) and/or AHL duties (more likely) to start the season.

Winnipeg Free Press:  Jets sniper ‘excited to play’ but for whom is the burning question. (Paywall).  Not sure it was one burning question as he was asked it several times to start off his media availability.  Regardless his agents, who got him into this mess, may have tried to prep their client a little bit better.

Winnipeg Sun:  Jets captain Wheeler sees silver linings in long-delayed NHL season.  The captain provided his thoughts on this most unique of seasons.

Winnipeg Sun:  Old-school Stastny fitting right in with young Jets linemates.  In addition to writing about Stastny there are parts about Samberg, North Division as well as Ted’s news and notes.

Winnipeg Sun:  Laine doesn’t deny he wants out.  There was no emphatic “no” when the questions about a trade were fired at him in the early part of his interview. Paul shares his thoughts.

TSN:  Game-changer Laine focuses on new season with Jets.  Frank reacts to the media availability that got tongues wagging on Monday.

The Athletic Winnipeg:  Key roster battles take shape on Day 1. (Paywall).  Murat provides you with plenty of insight into what was happening on day 1 including all the battles which are taking place across the Jets roster.

The Athletic:  Patrik Laine, Pierre-Luc Dubois situations will put GMs to test. (Paywall).  LeBrun speaks to some team execs to gauge how they evaluate these situations.

theScore: Laine downplays agents’ reported trade comments: ‘I’m here, aren’t I?‘  Which is why my point whenever we’ve discussed this issue is why would his agent put him in this position. 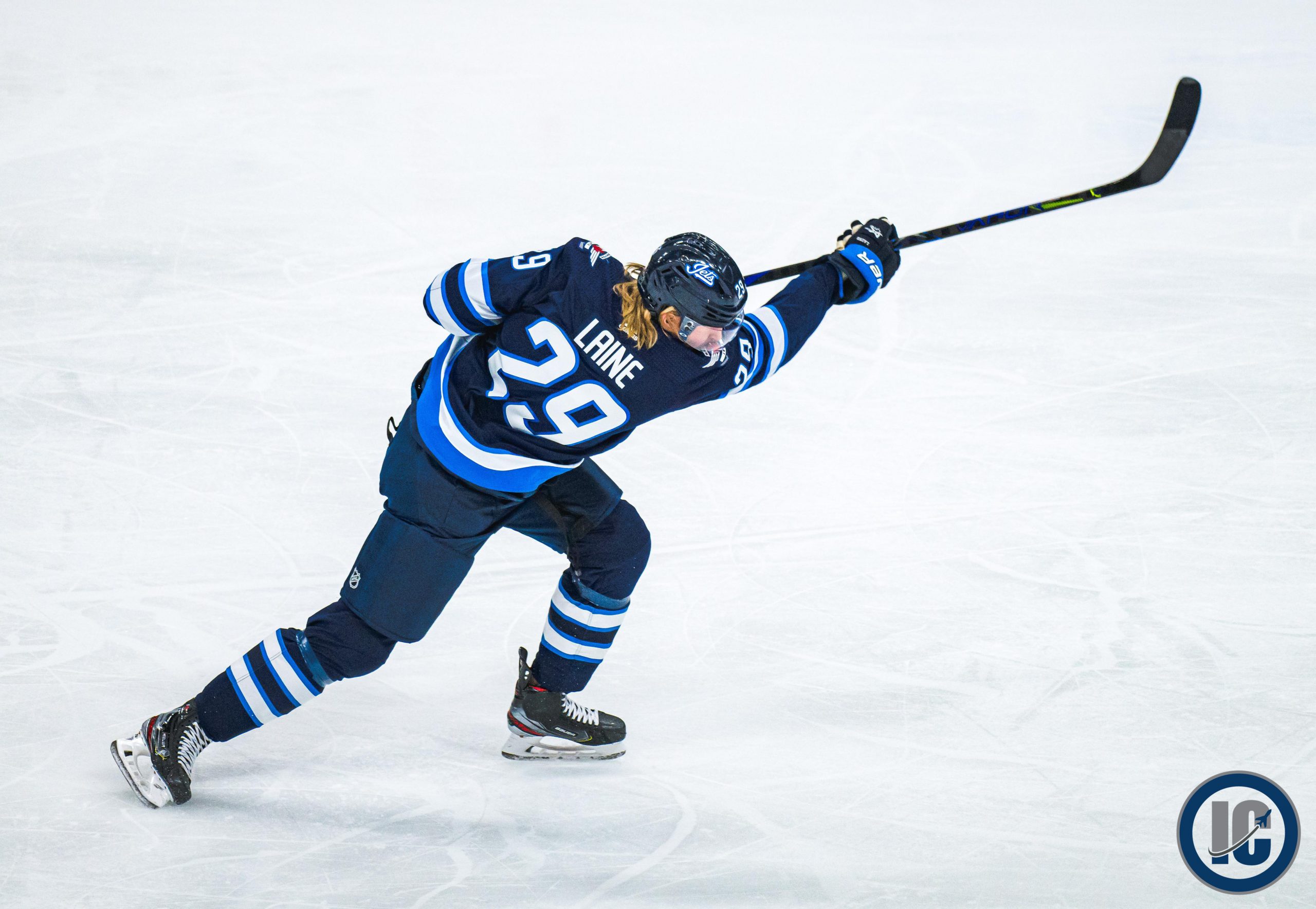 Sportsnet:  Laine dances around trade talk, doesn’t want to be a ‘distraction’.  Ken reacted in his latest piece about the Jets Finnish sniper and the swirling rumours surrounding his future in Winnipeg.

TSN: ‘I’m just here to play’: Laine not focused on trade rumours. Patrik Laine spoke to the media in Winnipeg on Monday and was met with a flurry of questions about his agent’s recent suggestion that he and the team would both be better off if they traded him. Sara Orlesky has more on the sniper’s future with the Jets.

TSN: How does Laine navigate his situation with Jets? Patrik Laine and the Jets are saying all the right things considering a player of Laine’s stature has indicated he would welcome a move but where do both sides go from here? That’s Hockey discusses the situation in Winnipeg.

Sportsnet: Laine shouldn’t be distraction for Jets heading into season. Ken Wiebe and Sean Reynolds break down the ongoing discussion surrounding Patrik Laine and if he’ll be a distraction for the Winnipeg Jets.

Illegal Curve: Moose will play in four-team Canadian division.  It wasn’t just the Jets making news on Monday as the Moose also got a mention with the AHL confirming the teams who will play this season. And coach Maurice had good news (re: player development) when it comes to the taxi squad and prospects.