Note: It was a busy Monday ahead of the final day of Jets training camp today. Jansen Harkins hit the ice before scrimmage demonstrating that whatever had been ailing him wasn’t precluding him from skating.  Here was the news and notes from the scrimmage including interviews with Nathan Beaulieu, Andrew Copp and Mark Scheifele followed by coach Paul Maurice.

Note II:  The Jets were expected to place players on waivers yesterday but there was an unexpected name amongst the five who were placed on the waiver list.  In addition to the waiver wire moves the team assigned seven prospects down to the Moose and released two of their three PTOs. Update: Three of the five cleared waivers but the Jets lost Eric Comrie and Luca Sbisa to claims by New Jersey and Nashville.

Note III:  Today is the final day of training camp. Here are the 30 players expected to skate today. There are also more roster moves expected including a likely contract for veteran NHLer Trevor Lewis. We’ll have it all covered so stay tuned. Update: Check out the news from today’s final training camp skate as well as the media availability with coach Paul Maurice.

Winnipeg Sun:  Jets do best to simulate game action with NHL season opener just days away.  Without exhibition games the Jets needed to find a way to bring a game element to training camp. 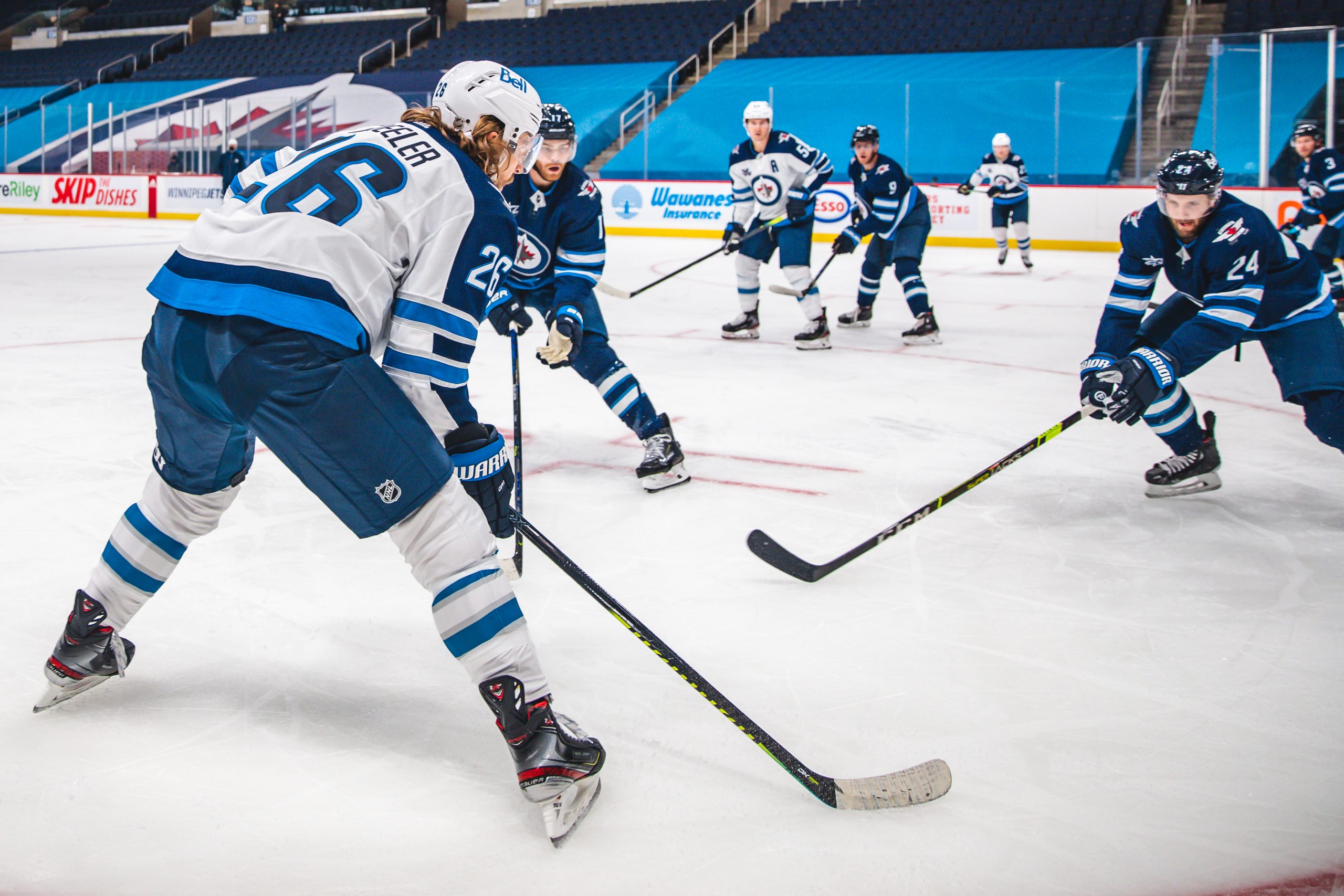 The Athletic:  Mathieu Perreault’s future and why he had to be waived. (Paywall).  If you need some insight into why the Jets made the moves that they did Murat’s piece will perfectly explain it to you.  And as Seeing the way the team a bonus he also provides some thoughts on the young Jets prospects trying to crack the roster.

Winnipeg Free Press:  Bell MTS Place won’t be same without fans. (Paywall). It will be incredibly odd to remove the emotion and enthusiasm fans bring to a hockey game. Obviously with what we saw this summer in Edmonton and Toronto we know it works but the hockey lacks something without the fans.

Winnipeg Free Press:  Jets practising with purpose for season’s start. (Paywall).  With no games on the exhibition calendar they had to make due with their teammates as cannon fodder.

TSN 1290 Winnipeg:  The Afternoon Ride. Murat Ates of The Athletic joined Andrew Paterson and Rick Ralph on the Afternoon. They discussed the latest at Winnipeg Jets training camp, Matthieu Perreault being placed on waivers on waivers, the play of young defenseman Dylan Samberg and Logan Stanley and who might start the season alongside Andrew Copp and Adam Lowry.

JetsTV: Ground Control Podcast. In the 89th episode of Ground Control Tyler, Mitchell and Paul recap the opening week of training camp from Bell MTS Iceplex. They discuss how the bottom six forwards might shake down, the structuring of the taxi squad, goaltending and much more! Plus, Tyler sits down with Paul Stastny to chat about re-joining the Jets, being a father, his interests away from the game and why he was one of the last NHL’ers to use a wooden stick.