Two became one for day 8 of camp.

Today the Jets combined their two groups into one in order to scrimmage.  It began with a practice and then moved into the scrimmage portion of the day.

There was some news ahead of skate as Mathieu Perreault and Luca Sbisa were placed on on waivers along with three other Jets players today and didn’t take part as previously scheduled while Jansen Harkins skated earlier as he recovers from an injury. 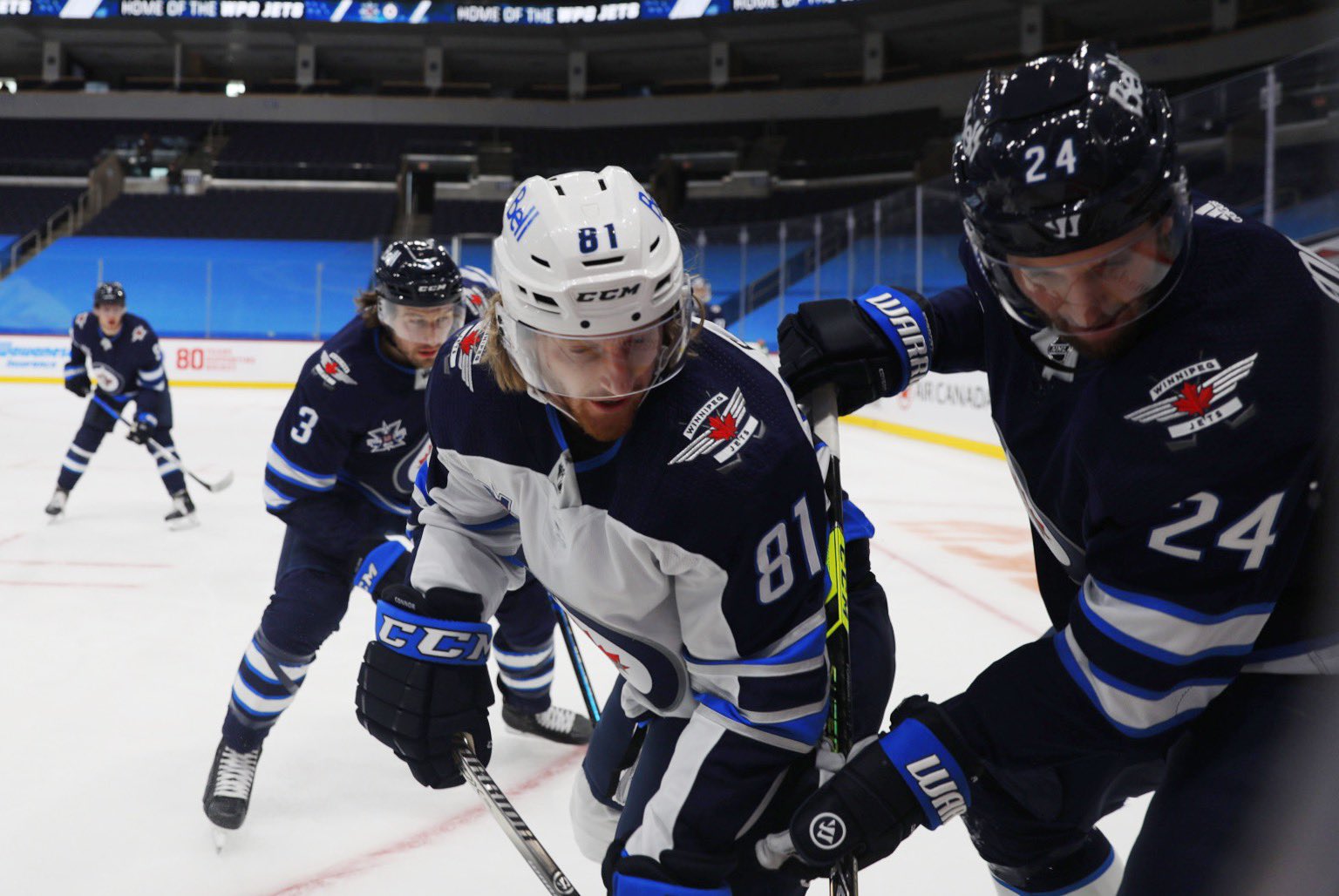 As per Ken Wiebe of Sportsnet here are the lines and D pairs: