The AHL squad is coming into shape.

We still do not know the exact date that the Manitoba Moose will start their training camp in advance of the February 5th start date for the AHL although it is likely to get going in ten days or so. Like the NHL the AHL is having the Canadian affiliates play in an All-Canadian division although unlike in the NHL this one will only be comprised of the Moose, the Marlies (Toronto), the Rocket (Montreal) and the Senators (Ottawa).

The taxi squad has thrown a bit of wrinkle in that some players are currently on the Jets taxi squad who would likely be with Manitoba.  This currently includes David Gustafsson, Dylan Samberg and Mikhail Berdin.  Additionally, 2016 1st rounder Logan Stanley and 2017 1st rounder Kristian Vesalainen, who were on the Jets roster as of last night but were moved to the taxi squad today, are two players who could also conceivably be with the Moose.

Jets head coach Paul Maurice said numerous times during training camp that he doesn’t want young players on the taxi squad so it will be interesting to see how this changes once the AHL gets going. Of course he did qualify his comments saying it is based on the health of his roster. 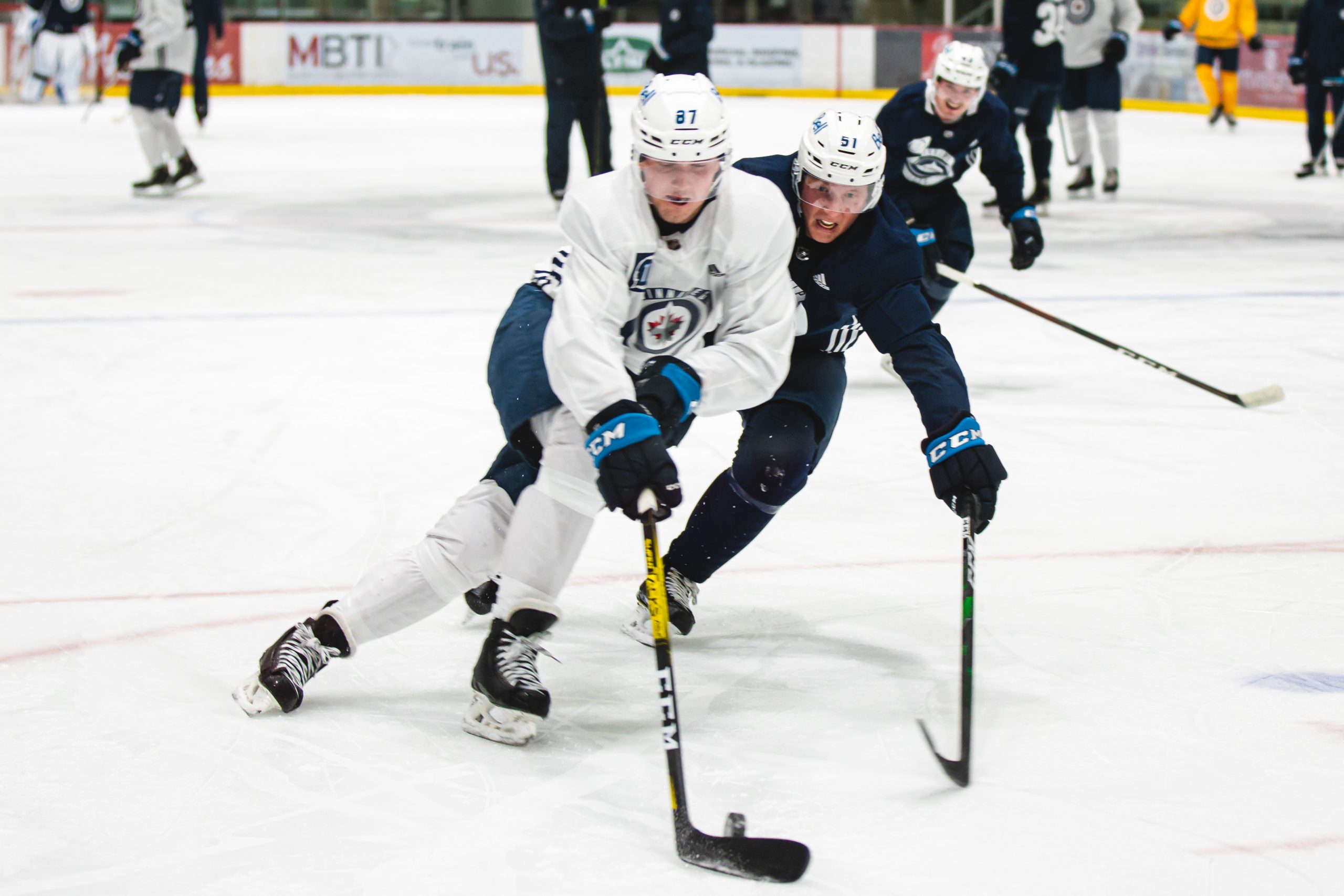 On the 11th of January the Jets assigned seven players to the Moose as well as placed five players on waivers (of which ultimately two, Suess & Nogier, were assigned to Manitoba) and two days ago assigned prospects Ville Heinola and Cole Perfetti to Manitoba. We also learned on Thursday that Jets 2017 5th rounder Leon Gawanke had been recalled from playing in the German DEL.

You’ll notice there isn’t a goalie on the roster but with today’s claim of Anton Forsberg off waivers by Winnipeg it likely means that Mikhail Berdin will be assigned back to the Moose.  I say likely because the Jets would have to carry Forsberg on their 23-man roster or expose him to waivers in order to get him on the taxi squad and there isn’t a certainty that he would clear.

Inj:  Marko Dano was put on and cleared waivers early in January. He had been dealing with an injury which required surgery so his status remains up in the air. (Update: By way of JetsPR about 1.5 hours after this went live, tweeted that Dano has been reassigned from HK Dukla Trencin (Slovak Extraliga) to the Manitoba Moose (AHL).)

Of course this is all very fluid and lots can change between today and when Moose camp ultimately gets going but that’s a quick look at the state of the Jets AHL affiliate.