The talented Finn is still looking for a spot to start the 2020-21 season.

Many Jets prospects have been loaned to clubs overseas while the NHL and AHL wait to get the 2020-21 season started.  As it isn’t expected to get underway before December it is an opportunity for these young players to continue their development.  Prospects like Ville Heinola, David Gustafsson, Mikhail Berdin, Leon Gawanke as well as Joona Luoto (who wouldn’t be considered a prospect) have found spots over in Finland, Sweden, Russia and Germany.

While other Jets draft picks are already playing in Europe one player who hasn’t yet found a home is Jets 2017 1st round pick Kristian Vesalainen. Vesalainen spent his first full season in North America in 2019-20 playing 60 games with the Manitoba Moose and earning one recall up to Winnipeg although he didn’t get into a game. He developed good chemistry this past season in the AHL playing with 2018 2nd rounder David Gustafsson on the top line for Manitoba. 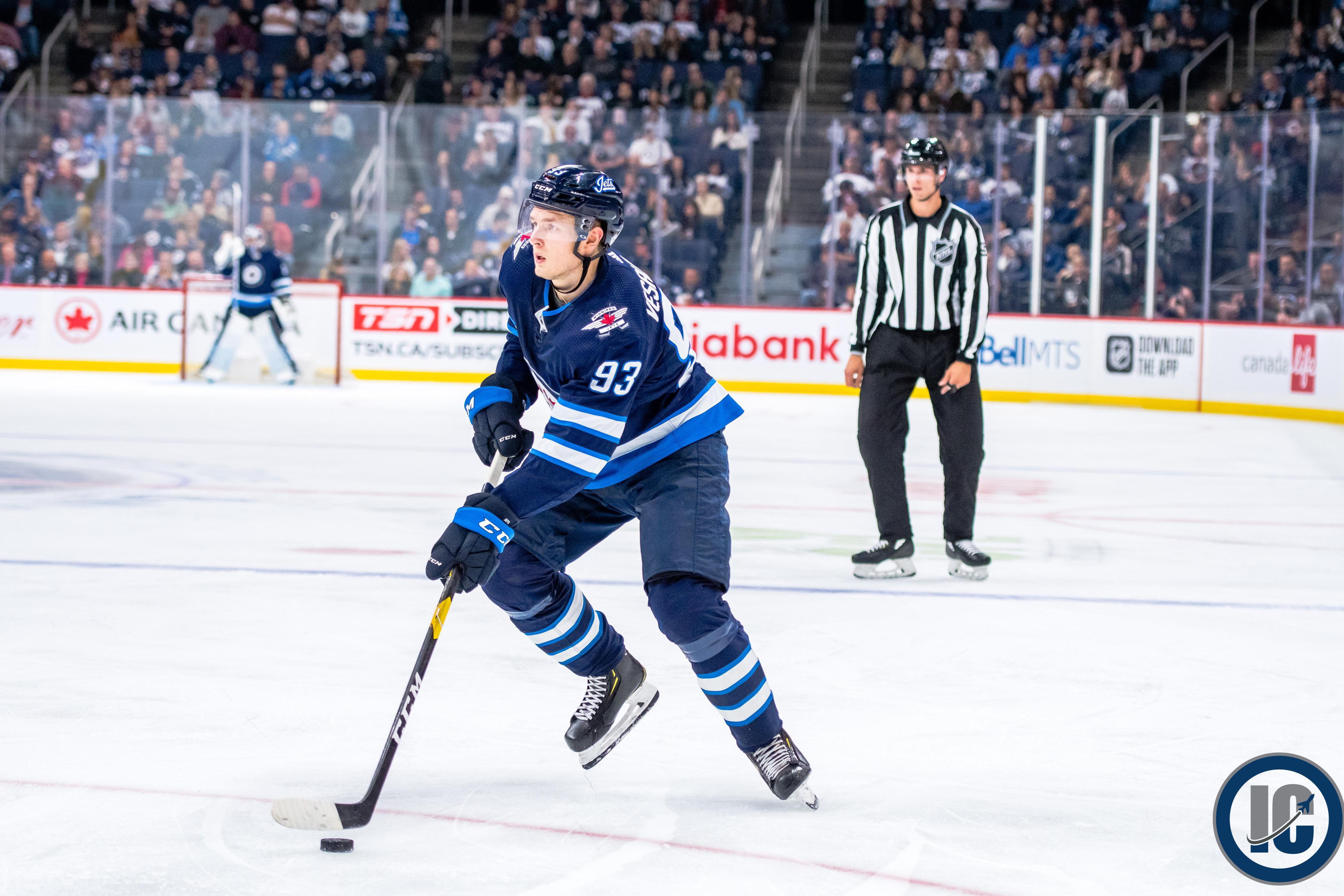 Today during Jets GM Kevin Cheveldayoff’s media availability he was asked about Vesalainen finding a spot to play overseas for the start of the 2020-21 season.

“He hasn’t been playing yet. There’s lots of different situations, again when you are talking to European teams, some of the teams are more open than others with respect to loaning the player there until the start of the NHL season. Some teams in some leagues take much more of a hard line of saying they want the player for the year. So those are different situations that you have to work out with every team in trying to find an opportunity for some of these players to play because obviously its important for when we do start that the player is available to us.  So we don’t have a situation yet for Kristian in Europe.”

Considering his on ice ability and the fact that he can speak Finnish or Swedish I would have thought he would be able to find a spot somewhere in Finland or Sweden but obviously that is not the case.  Which means Vesalainen is in the same boat as other Jets prospects like Dylan Samberg or Declan Chisholm who will have to continue to train without the benefit of game action.