No update on the veteran centre.

Veteran Winnipeg Jets centre Bryan Little hasn’t played an NHL game since sustaining a head injury back on November 5th and his status has remained up in the air since that time.  In August he spoke to the media for the first time to provide some insight on his continuing road to recovery.  He told us during that conference call that:

“I’m not shutting the door on anything. I’m just trying to stay positive and keep that door open. I’m not sure about a time frame on when I come back or when it’s too late. I’m in the dark as much as a lot of people.” 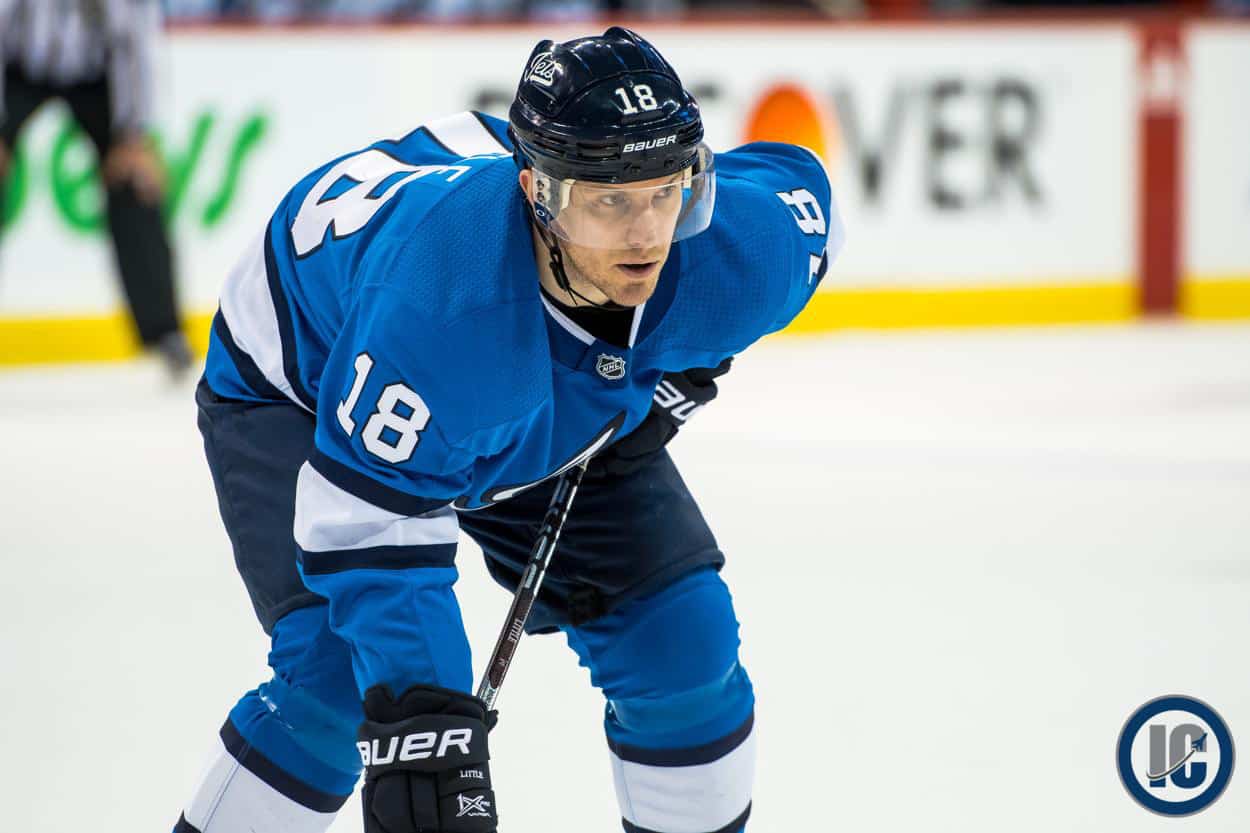 Since that time the focus for the Jets has been adding depth up the middle regardless of whether Little is healthy or unable to continue.  Today during his pre-draft media availability GM Kevin Cheveldayoff was asked about Little and didn’t have an update.

“Not yet. We’re scheduled to have some conversations here soon and I know he’s been looking at different situations. So I do not have an update sitting here right now.”

“…..obviously waiting to get a full understanding where things are at with Bryan….”.

It will be interesting to see how the organization moves forward during free agency (which starts on Friday) with this cloud of uncertainty surrounding the status of Bryan Little.