Winnipeg Jets Nikolaj Ehlers chats about his recovery from injury

The Jets have been without Nikolaj Ehlers since the second game of the season against the Dallas Stars on October 17th.  He has three assists in the first two games for Winnipeg but was placed on IR back on October 21st (retroactive to October 18th). At the start of November the progress wasn’t labelled as a setback but “slower coming around” than they had hoped. 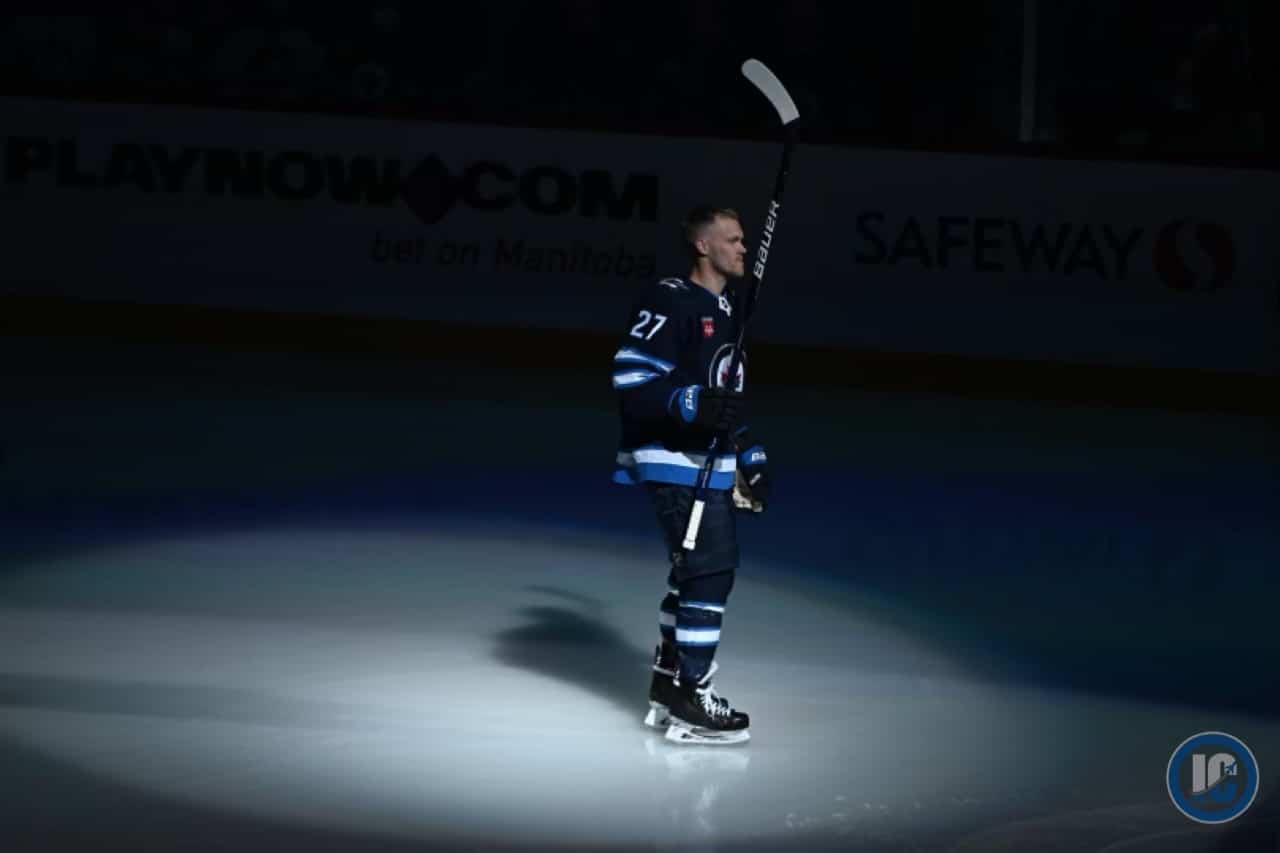 Less than a week later there was some hope from the coaching staff that Ehlers would be back skating but by mid November it was determined that Ehlers would require sports hernia surgery. He had surgery in Detroit on November 23rd and Rick Bowness indicated recovery to be about eight weeks.

Ehlers joined Sara Orlesky on the Jets post-game show last night to discuss the Jets/Golden Knights game, his recovery and to speak about the team in general. Sara asked him about the next step in his progression?

He replied “Getting on the ice slowly”.

To which she interjected “So everyone wants to know is that going to happen soon?”

With a smile he continued “Yes. It is going to happen very, very soon. Ya, pretty much just getting on the ice slowly. Moving around. See how I am feeling, so I can hopefully step out there with the guys soon.”

He went on to discuss how he is working out but just with less weight than normal. You can watch the full chat (which runs about five minutes below).

And today Mitchell Clinton of JetsTV tweeted a photo of Ehlers back on the ice so perhaps very, very soon was today.

Nikolaj Ehlers is on the ice.

And the Jets tweeted out this video: