Note: The Jets were looking for a better effort from their team after a disappointing loss to the Capitals to start their three-game homestand but they ultimately lost the battle between first place squads as the Golden Knights took advantage of their power plays in the 3rd to pull off a 6-5 win. Winnipeg is dealing with illness as per head coach Rick Bowness and the team has cancelled practice which had been scheduled for today. They are back in action tomorrow when they close the homestand out with a Central Division game against Nashville.

Note II: The Jets claimed Karson Kuhlman off waivers from Seattle. He has one goal and three assists in 14 games with Seattle. He is scheduled to arrive in Winnipeg sometime tonight.

Note III: The Moose had themselves a great first ever night in Calgary as they defeated the Wranglers 4-1 to improve to 12-6-2-1 on the season. The comeback was started by Jeff Malott on the power play tying the game from his usual spot which was followed by Dominic Toninato scoring a shorthanded, game-winning goal.  That same duo would increase the Manitoba lead to 3-1 when Malott put home a Toninato rebound to hit double digits in goals for the third straight season. While I don’t usually capture empty net goals a rare own-goal which somewhat briefly looked like it might have been credited to Moose goalie Arvid Holm (although it was ultimately credited to Leon Gawanke) is worth making an exception to that rule. I don’t want to overstate it but one of the best scraps I’ve seen in a good while was this tilt between Jets prospect Tyrel Bauer (2020 6th) and 6’7 Wranglers winger Adam Klapka.

Global News: No need to raise alarm on Jets after back-to-back losses. Kelly offering some counsel for those who are ready to hit the panic button.

Sportsnet: Fourth line sees improvement, but Jets fail to prevent sweep from Golden Knights. The bottom six weren’t what cost Winnipeg in last night’s game. Wieber gives you his thoughts on the game.

Winnipeg Sun: Jets lose to Vegas Golden Knights despite a hat trick from Mark Scheifele. Scott gives you his assessment on the game between Vegas and Winnieg.

Winnipeg Free Press: Jets can’t hold on to lead, lose 6-5 to Golden Knights. (Paywall). There were a lot of lead changes and Winnipeg just wasn’t able to button things down as they got closer to the final buzzer. 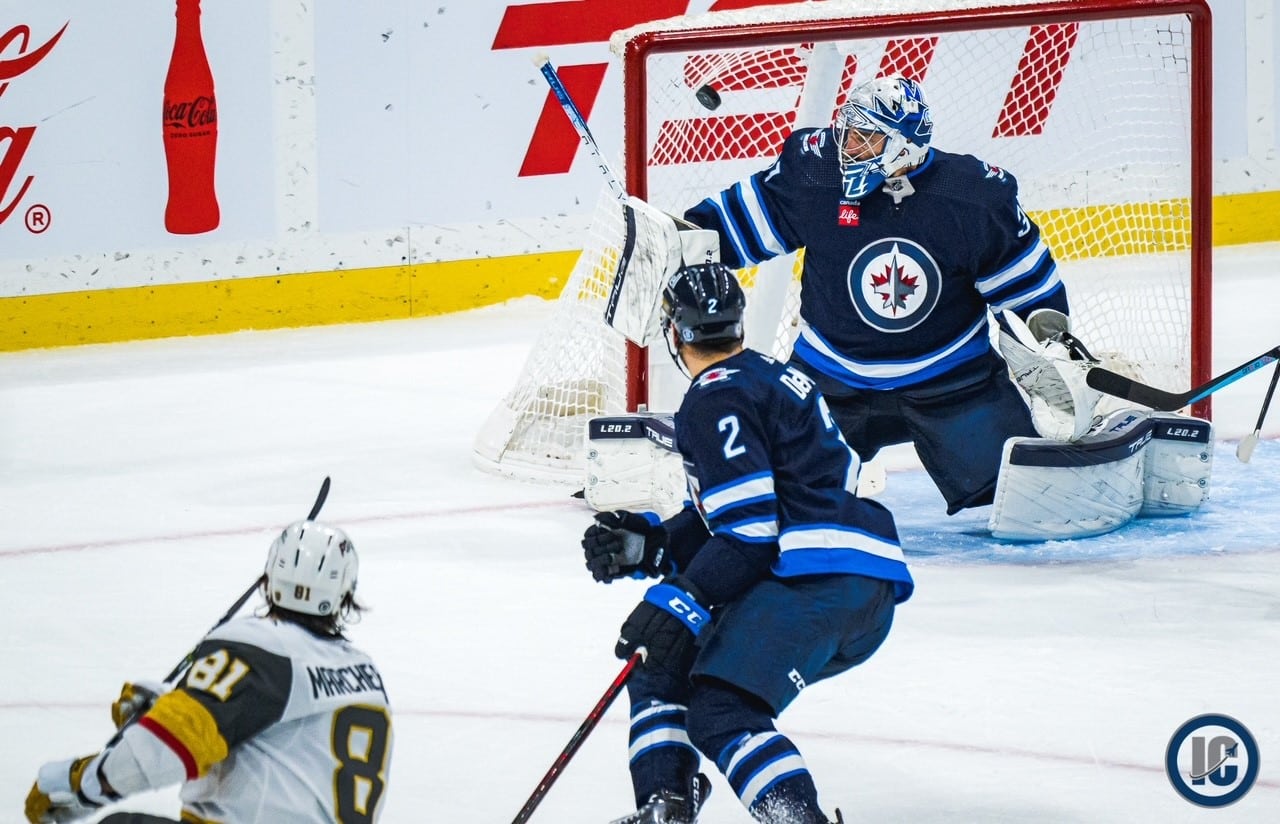 Winnipeg Free Press: Jets lighting the lamp under Bowness. (Paywall). Who doesn’t like more goals?  Well maybe the head coach who feels they can get more goals from playing solid, responsible hockey.

Las Vegas Sun: Stone reaches 500 points, depleted Golden Knights hang on for 6-5 win in Winnipeg. The Winnipegger continues to be the bane of the existence of the team that was reportedly in on his services many years back when he was in Ottawa. Check out this recap of the game from a writer that covers the Jets opponent.

The Hockey Guy: Let’s Discuss the Central Division Leading Winnipeg Jets. Before the season, pundits said this team was stale and unlikely to make the playoffs. Now, the Jets are leading their division. What’s changed?