Note: The Jets got back to practice on Tuesday after using Monday as a travel day following the conclusion of their three-game road trip. Bench boss Rick Bowness, who was back with the team after missing the trip, was not pleased by the manner in which his team returned to Manitoba, despite doing so with five of six points. We learned from the head coach that Logan Stanley is out a few weeks with a fracture in his foot while Nikolaj Ehlers is coming along slower than expected and he will be evaluated further by team doctors today. The team will hit the ice again for practice as they prepare for Montreal which kicks off three at home. Stay tuned for the Practice Report.

Note II: The Moose have another day of practice today as they prepare to welcome second place Texas to town this weekend.

Note III: The Ice are proving that it doesn’t matter if they are on the road or at home as all they do is win (cue the music). They defeated the Silvertips 5-4 last night in Winnipeg to improve to 14-1-0-0 on the season. They’ve won nine straight and goalie Daniel Hauser is an impressive 11-0-0 with a 2.35 GAA and a .920 save %.

Sportsnet: ‘Glass half-full’: Despite decent start to season, Jets dissatisfied by team efforts. Because as their coach and the players point out it is unsustainable. The NHL season is a marathon not a sprint and there is no way this could be maintained for the 90% of the 2022-23 campaign that they have left.

The Athletic Winnipeg:  Jets’ start has competing truths: Glass half full or unsustainable? (Paywall). A little from column A, a little from column B, Murat gives his thoughts on what the first nine games of the season have meant.

Winnipeg Sun: Bowness returns to a bit of a mess, as Jets lack effort, passion. It almost felt like the kid were getting away with murder with the parents away but now “dad” is back and things are gonna get turned around.

Winnipeg Sun: Connor mired in longest drought in years. Feels like he is a two goal game away from getiting thingd turned around. 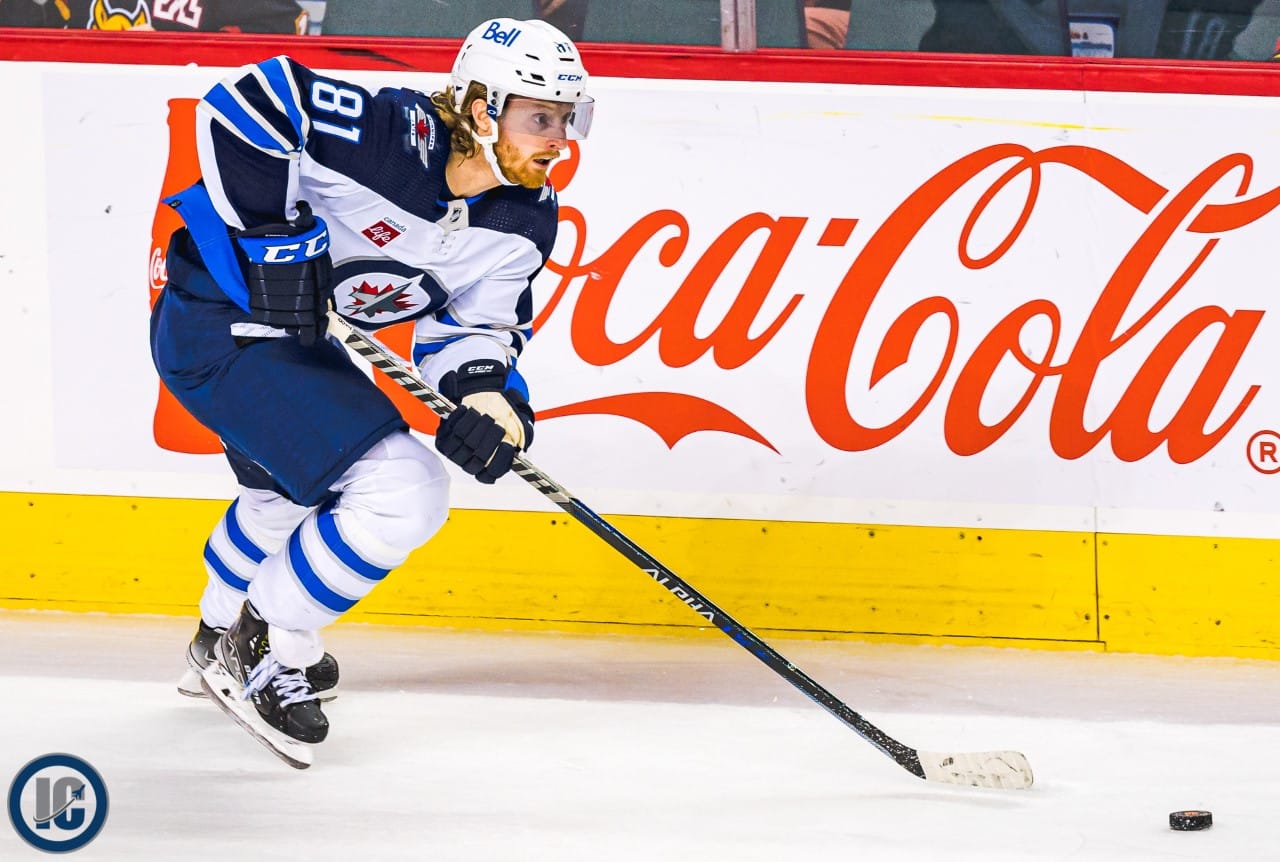 Winnipeg Free Press:  Old habits die hard for Jets. (Paywall). Mike feels the Jets success to kick off 2022-23 is “a combination of smoke, mirrors and Hellebuyck”.

Winnipeg Free Press: Jets have to play a whole lot better: Bowness. (Paywall). At least he isn’t trying to polish a turd and tell you it isn’t a piece of shit. He does bring a refreshing level of candid which gives the audience the benefit of being told the truth but also not throwing his players under the bus.

Sportsnet: 32 Thoughts. His one Winnipeg thought is number 13 about excess defencemen but says that the Stanley injury may have solved that. Nothing really new in the written form as he essentially said this on the podcast two days ago (which we transcribed here).

The Michigan Daily: Rutger McGroarty opens new dynamic for Michigan offense. The Jets first rounder had a big weekend picking up his first collegiate hat trick as his Wolverines club rolls along. Get the latest on the prospect for Winnipeg.