Report: Winnipeg Jets Logan Stanley has a slight foot fracture (will be out a couple of weeks)

The big dman blocked a shot and will be out some time as he heals up.

The Jets have been without Logan Stanley for the last few games after he blocked a shot against the Blues on October 24th which caused him to miss all three games on the road and be seen wearing a walking boot on the road trip. 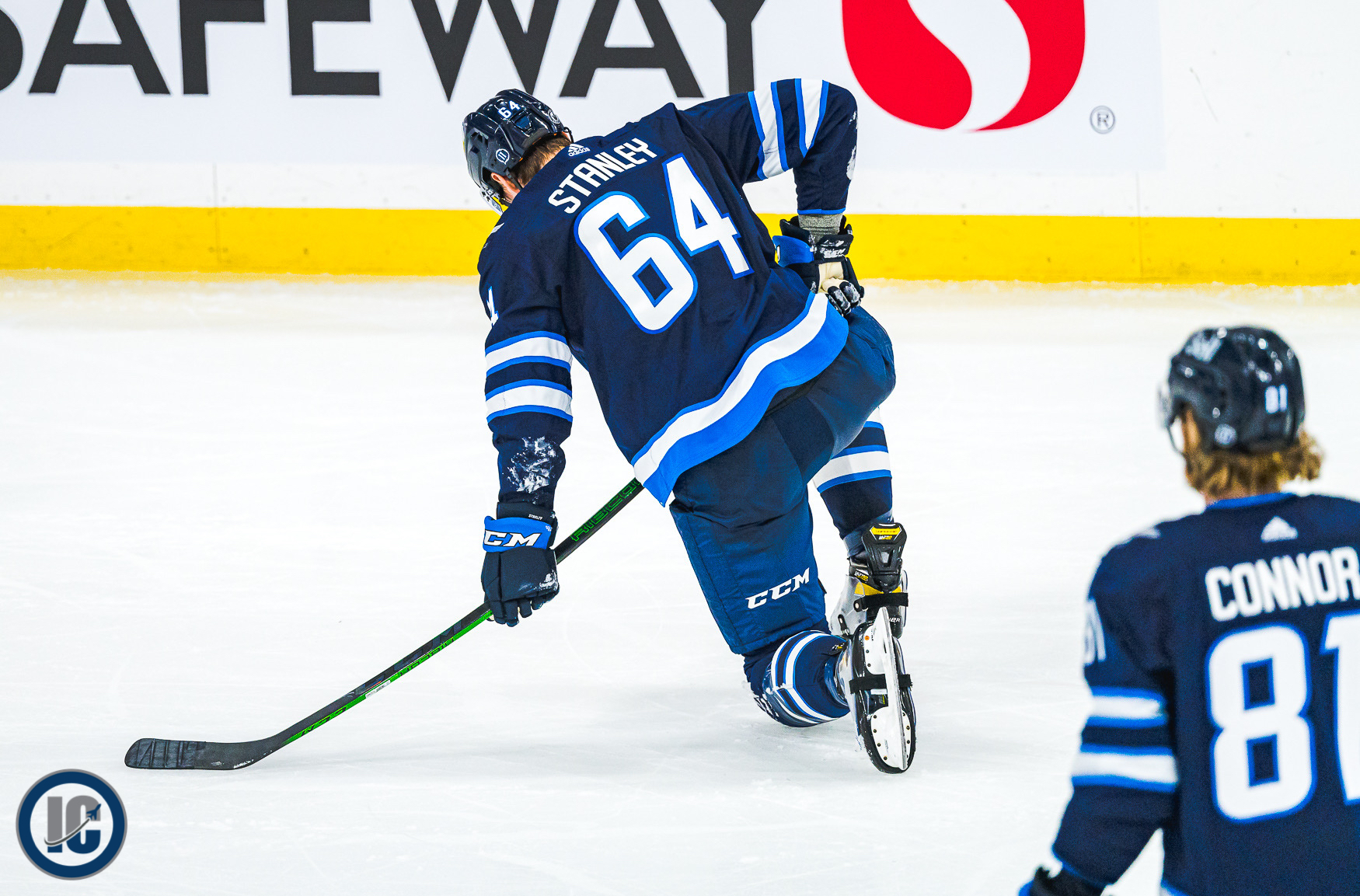 When associate coach Scott Arniel was asked about it on Sunday after the loss to the Golden Knights it didn’t sound like it would be something quickly resolved:

As per John Lu of TSN head coach Rick Bowness had this to say today after practice about Stanley:

Tough news for the blueliner who played his best game of the season against St. Louis.