Note: After a long weekend it was a busy Tuesday which began with a look at the Jets 22-man opening day roster. We also learned that C.J. Suess was placed on waivers by the team. The Jets practiced (read the report here) before they took off for California. They will kick off their season tonight in Anaheim when they take on the Ducks which will also be the NHL debut of 2020 1st rounder Cole Perfetti.

Note II: According to Elliotte Friedman of Sportsnet the Jets have signed Evgeni Svechnikov to a one-year, two-way deal. More information here.

Note III: With morning skate for Winnipeg getting underway at 1:30 PM CDT be sure to check back for our pre-game report. Puck drop is at 9 PM CDT and join us after the game on the Illegal Curve Post-Game Show.

Note IV: The Moose were off on Tuesday but they were still busy as they reduced their training camp roster by eight players to get down to a more manageable 26 players. They will be back on the ice today as they prepare for the first road trip of the season when they start the 2021-22 campaign in Toronto against the Marlies on Saturday afternoon.

Sportsnet: Jets’ Cole Perfetti aiming to make most of opportunity in NHL debut. While the realities of a salary cap world (and being waiver exempt) mean the prospect might soon be in the AHL he is going to try his best to force the Jets to keep him up with the big club.  He is certainly getting a good opportunity up on the third line.

Winnipeg Sun: Jets look to get off to quick start against re-tooling Ducks. Game stories are back which means the 2021-22 season is finally here. Ted gets you set up ahead of the action.

Winnipeg Sun: ‘Stanley Cup-calibre team:’ Star goalie Hellebuyck says time is now for Jets to make their mark. The team addressed their biggest area of weakness over the summer and at this point have positioned themselves as a contender. While there are many other factors which play out during a season for now they look like a big dog in the Western Conference.

Winnipeg Sun: ‘Dream come true:’ Jets top prospect Perfetti to make NHL debut in Anaheim. The 2020 1st rounder had an unbelievable experience last year beginning his pro career in the AHL with the Moose and he will get to take that up a notch when he takes his solo lap tonight in California.

The Athletic Winnipeg: Cole Perfetti’s Jets debut is a lifetime in the making: ‘You get goosebumps, just thinking about it’. (Paywall). Murat tells you the story not just of the 2020 1st rounder but the impact his family has had on him to help him reach his goals. 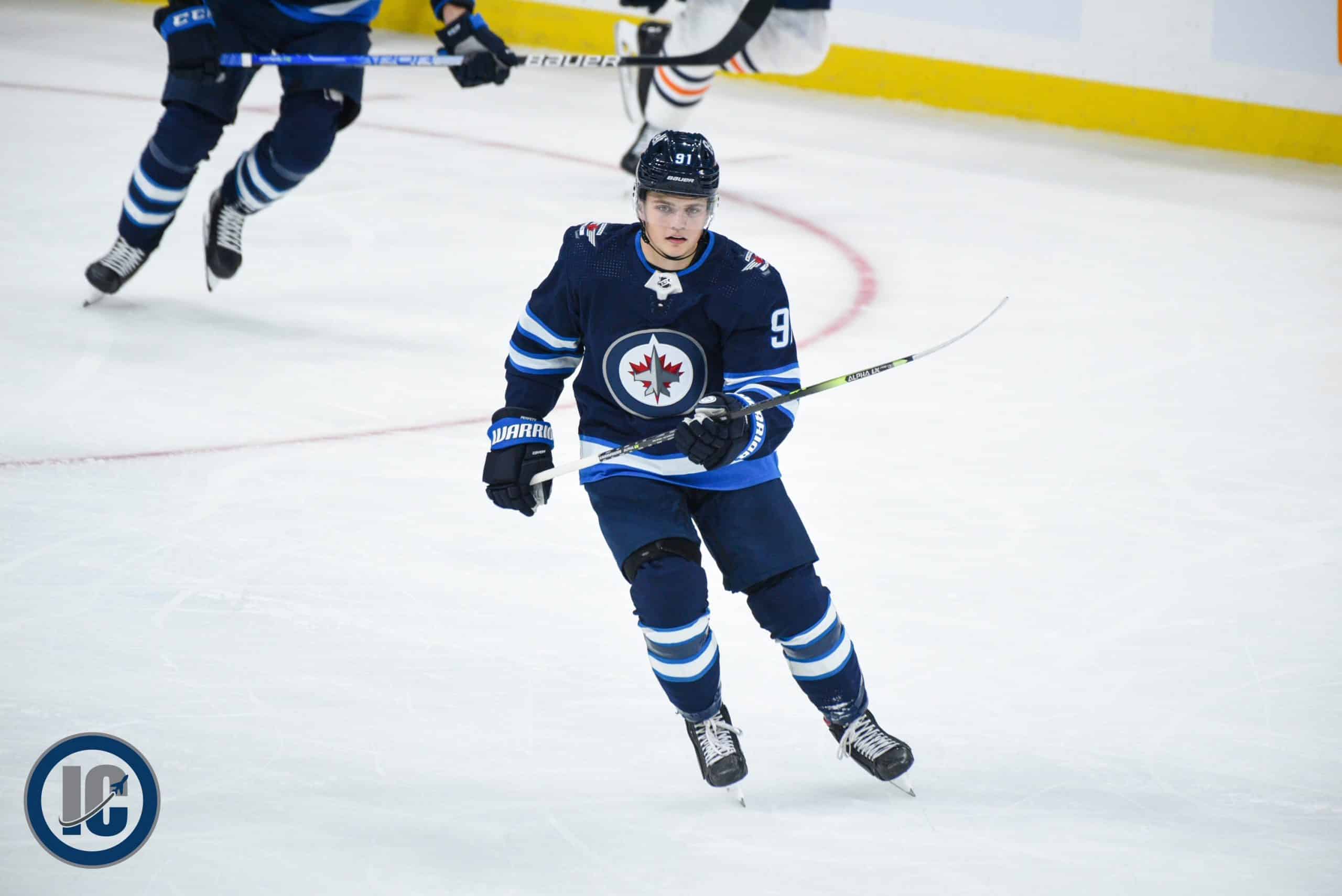 Winnipeg Free Press:  Jets have what it takes to crack a home run this season. (Paywall). I know players don’t care for preseason rankings and perhaps even prefer to be viewed as underdogs to give them an “us against the world” focus but this Jets team is seen by the vast majority of pundits as one that should contend for the ultimate prize.

Winnipeg Free Press: Jets rookie gets surprise start against Ducks in opener. (Paywall). He is the beneficiary of hard work last season which continued into training camp.

TSN: Perfetti gets the nod for opening night. Paul Maurice informed Cole Perfetti that he will be making his NHL debut on Wednesday night when the Jets open their season in Anaheim. Sara Orlesky has more on the Jets lineup and who Perfetti will be skating alongside on the third line.

Ray & Dregs Podcast: A chat with Jets defenceman Nate Schmidt.  The guys talk about Nate’s amazing hockey journey starting off undrafted, playing in Washington, joining Vegas in their expansion season, getting traded to the Jets from the Canucks, and getting to know and bond with his new teammates in the ‘Peg. Nate shares how difficult it was going through the Covid experience with Vancouver last season including the tough schedule coming out of being shut down. He also talks about what it is like being one of the older guys on a fun team that is fully going for it, his pure love of enjoying playing hockey, and much more.