It is an off day but the Moose made some moves.

With the Moose roster rather full as they get players from the Winnipeg Jets they are starting to reduce the size of their training camp roster as they get ready for their season debut on Saturday, October 16th when they take on the Marlies in Toronto.  They scrimmaged with the Bisons on Monday and they are off today. 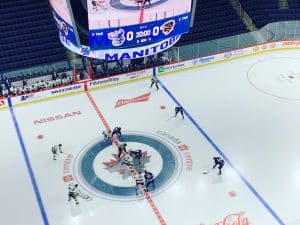 According to the team the following three players were released from their tryouts:

The following five players were assigned to their ECHL teams:

With this reduction they have 26 players currently in camp with a few more still to come from the Jets.