After an impressive training camp Evgeny Svechnikov‘s AHL deal with the Moose has been bumped up to a one-year, two-way deal with the Jets according to Elliotte Friedman of Sportsnet who has the terms as $750K in the NHL and $215K in the AHL. 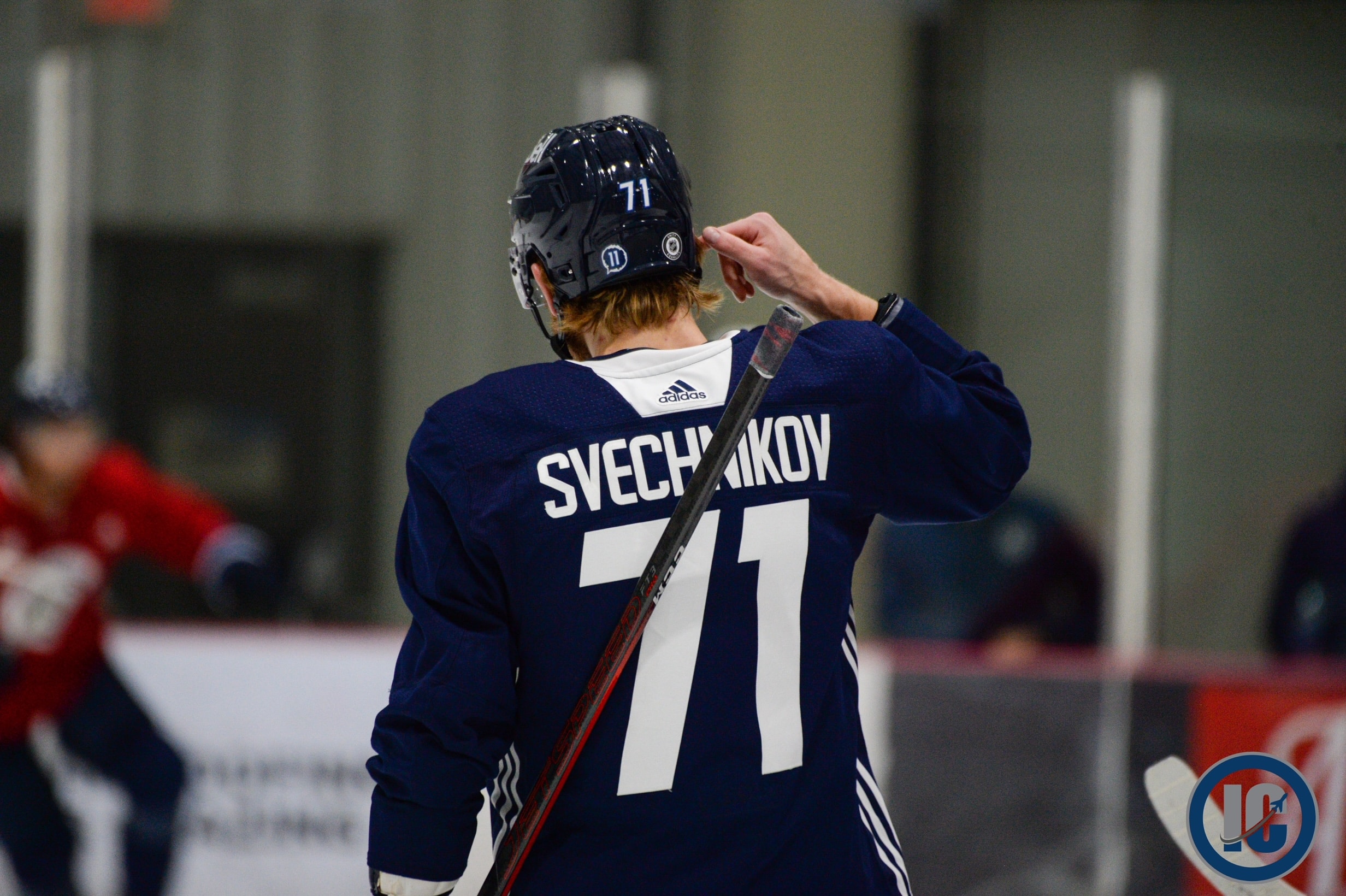 The 2015 1st rounder (19th overall) who was cut loose by the Red Wings has shown quite a bit during training camp in Winnipeg.

Based on skate in Winnipeg yesterday it looks like he will make his debut with the Jets tonight in Anaheim on the 4th line with Riley Nash and Kristian Vesalainen.