Note:  Things did not go exactly as planned in Edmonton on Tuesday evening as the Jets got rolled 6-2 by the Flames in game 3 of their best of five series.  Not only did they lose the game but they also lost Mathieu Perreault who left in the 2nd and coach Maurice didn’t have an update regarding the veteran forward post-game.

Note II:  But with the Jets on the brink of elimination they won’t have time to lament a game 3 loss.  Today they are scheduled to practice at 2:00 PM CT and will hold a player and coach media availability at 4:30 PM CT.  Stay tuned for updates.

Note III:  The focus on Wednesday was game 3 but worth noting that the time is now set for game 4 on Thursday as the NHL announced that puck drop will be at 9:30 PM CT.

Sportsnet:  Hellebuyck must lead the way to avoid elimination vs. Flames.  As he has done all season long it will be on the shoulders of number 37.

Sportsnet:  How Jets’ Harkins draws inspiration from brother living with MPS.  A look at the ties that bind in the Harkins family.

Sportsnet: Hellebuyck vows to be better as Jets pushed to brink of elimination.  One thing we’ve seen with the Jets top netminder is his ability to back up his words.  You know he will bring his A game on Thursday.  Ken has more from Edmonton. 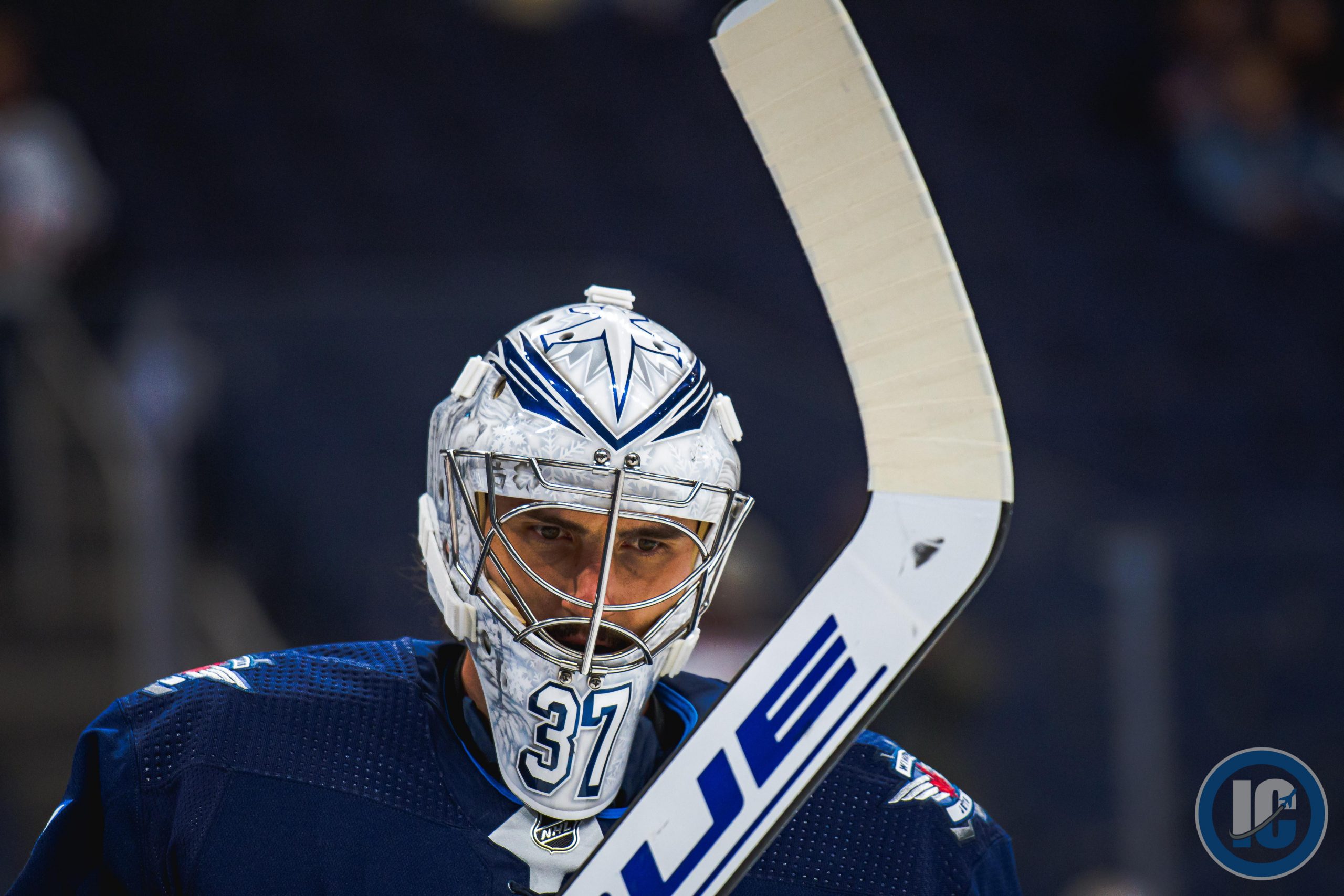 Winnipeg Sun:  Jets on brink of elimination after falling to Flames in Game 3.  At this point the Jets will have to empty the tank on Thursday considering the alternative.  Ted has more from his perch in Edmonton.

Winnipeg Sun: Good call, coach — Talbot has been superb so far for Flames.  Ted writes about the Flames decision to go with the vet in net.  This plus other game 3 notes in his Snapshots column.

Winnipeg Sun:  Catching up with a season on the brink.  Paul with his usual flare breaks down last night’s game from his perspective.

Winnipeg Free Press:  Depleted Jets feeling the burn.  (Paywall).  Just being down one or two forwards would be big but to be down four, two of whom are named Patrik Laine and Mark Scheifele and you are in for a world of hurt.

Winnipeg Free Press:  Jets happy to have Harkins.  (Paywall).  His development path was anything but linear but given his work ethic and drive it isn’t a surprise that he is where he is.

Calgary Sun:  Flames take back momentum in game 3, one win away from eliminating Jets.  Check out the game from the perspective of a writer that covers Calgary.

CBC: One game away from elimination, Winnipeg must figure out a way to stop the bleeding.  After last night that headline is both literal and figurative.

Sportsnet: ‘Jets depth is being tested’ following yet another injury plagued game. Ken Wiebe joins Sportsnet’s Gene Principe to recap the Jets 6-2 loss to Calgary in Game 3 of the Western Conference Qualifier Round, detailing what Winnipeg needs to accomplish to stave off elimination.

Sportsnet: Flames put pressure on Jets with giant Game 3 victory. Calgary needs just one more win to advance to the first round of the Stanley Cup Playoffs following their 6-2 defeat of the Winnipeg Jets in Game 3. Eric Francis joins Gene Principe to recap the Flames impressive victory.

Illegal Curve:  Andrei Chibisov signs with Metallurg Magnitogorsk of KHL.  The big Russian forward is heading back home after one year in North America primarily spent in the minors with the Moose.

Illegal Curve:  Michael Spacek signs with Finnish hockey team Tappara.  It was an odd end in Winnipeg for the 2015 4th rounder who had an inconsistent 2019-20 season which concluded with him being re-assigned to the Kings farm club.