Note: Puck drop is at 9 pm CDT tonight as the Jets kick off the regular season tonight in Anaheim. After the game, be sure to check us out for all the post-game reaction.

Note II: It was a busy day with news that the Jets signed Evgeny Svechnikov to a one year, two-way deal. They then assigned Ville Heinola to the Moose and word came across the wire that CJ Suess has cleared waivers and was later assigned to Manitoba.

Note III:  As well be sure to join Drew, Ezzy and I for the Illegal Curve Post-Game Show once the final buzzer sounds.  You can watch it (be sure to hit that subscribe and like button) and participate here.

Sportsnet: Jets’ Cole Perfetti aiming to make most of opportunity in NHL debut. While the realities of a salary cap world (and being waiver exempt) mean the prospect might soon be in the AHL he is going to try his best to force the Jets to keep him up with the big club.  He is certainly getting a good opportunity up on the third line.

Sportsnet: Hockey begins anew in Canada, bringing fresh hope Cup drought will end at last. Not too much on the Jets but a look across Canada.

Winnipeg Sun: Jets look to get off to quick start against re-tooling Ducks. Game stories are back which means the 2021-22 season is finally here. Ted gets you set up ahead of the action. 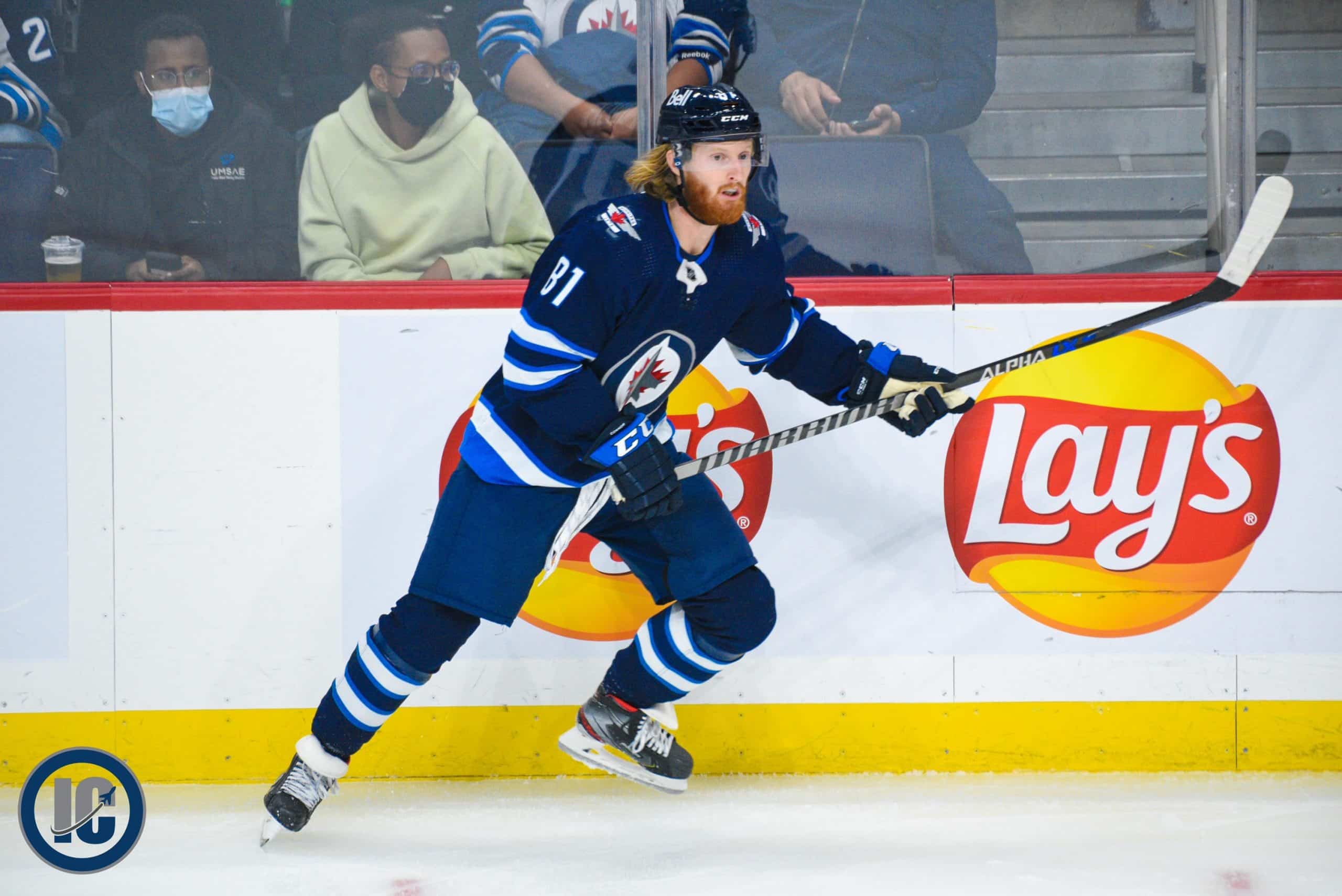 NHL.com: Preview: Ducks Open 2021-22 Regular Season Tonight vs. Winnipeg. If you want some insight on the Jets opponent check out this preview.

Daily Faceoff: Offseason Review: An improved blueline has the Winnipeg Jets ready to soar. A look at what the Jets have done including: 1) What happened in 2021? 2) What did they do in the offseason? 3) What to expect in 2021-22? 4) One bold prediction.

Illegal Curve: Jets vs Ducks pre-game report. The Jets held a morning skate followed by a media availability before they take on Anaheim. Check out the projected lines and D pairs and hear from Paul Stastny as well as head coach Paul Maurice.

TSN: Will Dubois take his game to the next level this season? With the Jets set to open the season tonight in Anaheim, we look at some of the key storylines surrounding Winnipeg, including the new-look defensive core, Pierre-Luc Dubois’ importance to the team, Cole Perfetti’s development and more.

TSN: Bardown Breakdown  – Are the Jets legitimate Stanley Cup contenders? To say Jesse Pollock is excited for the Jets season would be an understatement, but his Stanley Cup dreams may not be that far fetched. Craig Button and Mike Johnson try to settle him down with reasonable expectations for Winnipeg, while Corwin McCallum pushes back on some of their additions that some might call “salary dumps” by other teams.