Note: Puck drop is at 6 PM CST for tonight’s game between the Jets and Capitals although it will actually be a bit later with Washington honouring Alex Ovechkin in a pre-game ceremony for scoring his 700th NHL goal.  After the game, be sure to check us out for all the post-game reaction.

Note II:  Defenceman Josh Morrissey will not suit up for the Jets tonight as he is day-to-day and will be evaluated further in Winnipeg. 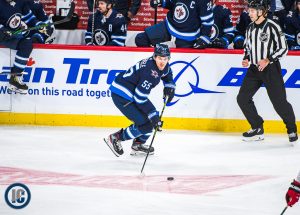 Washington Post: Ilya Kovalchuk and Alex Ovechkin reunite as Capitals look to find rhythm.  Pretty cool story on how the two friends will get a chance to play on the same team in the NHL for the first time.

The Athletic Winnipeg:  Charting Winnipeg’s path back to Stanley Cup contention.  (Paywall).  Murat is already casting his eyes to the summer and what could be for this Winnipeg franchise.

Illegal Curve: Jets vs. Capitals pre-game report. The Jets held a morning skate this morning followed by a media availability before they take on Washington. Check out the projected lines and D pairs and hear from Andrew Copp and Patrik Laine.

Illegal Curve:  Coach Maurice pre-game scrum.  Topics included – Update on Josh Morrissey?  Sami Niku comes in?  Thoughts on the top line with Harkins?  Is Morrissey day-to-day?  What has Niku done to get back into the lineup?  Jets making no moves on trade deadline, how did he view it?  Ovechkin being honoured for scoring 700 goals.  Anything sticks out coaching against Ovechkin?  The continuity of his career (related to the extension he signed).  How has he evolved?  What does Kovalchuk add to the mix?  Laine playing his 300th NHL game.

Winnipeg Jets Josh Morrissey is day-to-day, will be held out vs Capitals and evaluated further in Winnipeg
Winnipeg Jets Sami Niku sustains lower-body injury before game vs Capitals