Nogier back up to the Jets. 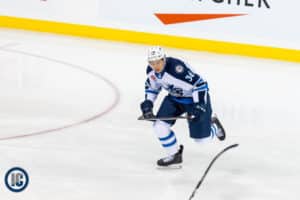 With the Jets sitting with 12 forwards and six defenceman ahead of tonight’s game against the Islanders the team recalled defenceman Nelson Nogier from the Manitoba Moose.  He was recalled last week by Winnipeg but didn’t play in a game.  It will likely be that type of year for the Jets 4th round pick from 2014.

He has played in four games for the Jets AHL squad to date this season.  Most often he’s been paired with Logan Stanley.