Jets D man heads back to the IR. 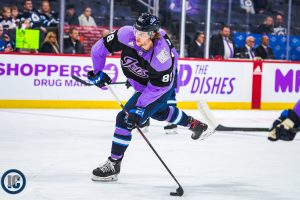 It has been a tough 2019-20 for defenceman Nathan Beaulieu.  He was hurt in the final pre-season game which cost him all of October.  He finally got back into the lineup on November 5th and played nine games for the Jets before suffering an injury while blocking a shot last Saturday against Columbus.  He has missed the two road games and on Tuesday, November 26th coach Maurice provided an update indicating that it was a longer than day-to-day type of injury and that “It’s going to be at least seven to ten days before I think we look at putting him back on the ice”.

Fast forward to today and the team announced they have placed Beaulieu on IR.  Coach Maurice was asked if anything had changed and he said “No.  Week-to-week still.  He’s not on the trip.  We knew he wasn’t playing for a week so there’s no new information.”

The team announced that they have recalled Cam Schilling from the Moose.  Dmitry Kulikov will be evaluated in Winnipeg after leaving the 1st period of the game in Anaheim on Friday.  Sami Niku remains in the AHL and was a game-time decision (but ultimately missed) last night’s game after he was knocked out of the game in the 2nd period on Wednesday in Milwaukee.