Veteran defenceman gets the recall. 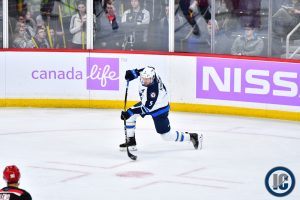 With Dmitry Kulikov out with injury the Jets will insert Carl Dahlstorm into the lineup and have recalled veteran defenceman Cam Schilling from the Moose.  Manitoba was in Chicago where they are scheduled to play tonight against the Wolves.  In 22 games this season Schilling has four goals and seven assists.

Coach Maurice confirmed the recall today during the Jets optional skate in L.A.

For those curious about Sami Niku he is dealing with an upper-body injury that he sustained on Wednesday in Milwaukee.

The Jets will place Nathan Beaulieu on IR.  Kulikov will be evaluated further when they get back to Winnipeg.