Note: The Jets have themselves a bit of a streak having won their last two games to close out 2022 which puts them 2nd in the Central and has given them some breathing room while they wait for their laundry list of skating wounded to return. Schedule for this week isn’t yet set but expectation is they will practice today as they prepare to kickoff 2023 with three games at home starting with the Flames on Tuesday. Be sure to check back for the Practice Report and perhaps an injury update as well.

Note II: The Moose will practice today in Winnipeg before they head out east where they will play their next six games starting in Quebec against Laval on Wednesday.

Note III: The Ice swept their two-game series with the Blades this past weekend which is a good thing for the top team in the Eastern Conference with Red Deer nipping at their heels in the 2nd spot. Next up they’ll play the 2nd place in the Western Conference Portland on Sunday. May feel like a home game for the Winterhawks who have seven Manitobans on their roster.

Winnipeg Sun: Jets’ passing injury stress test with help from well-coached youth. That word (“opportunity”) that we’ve been using quite a bit this year is happening constantly and plenty of guys are rising to the occasion. 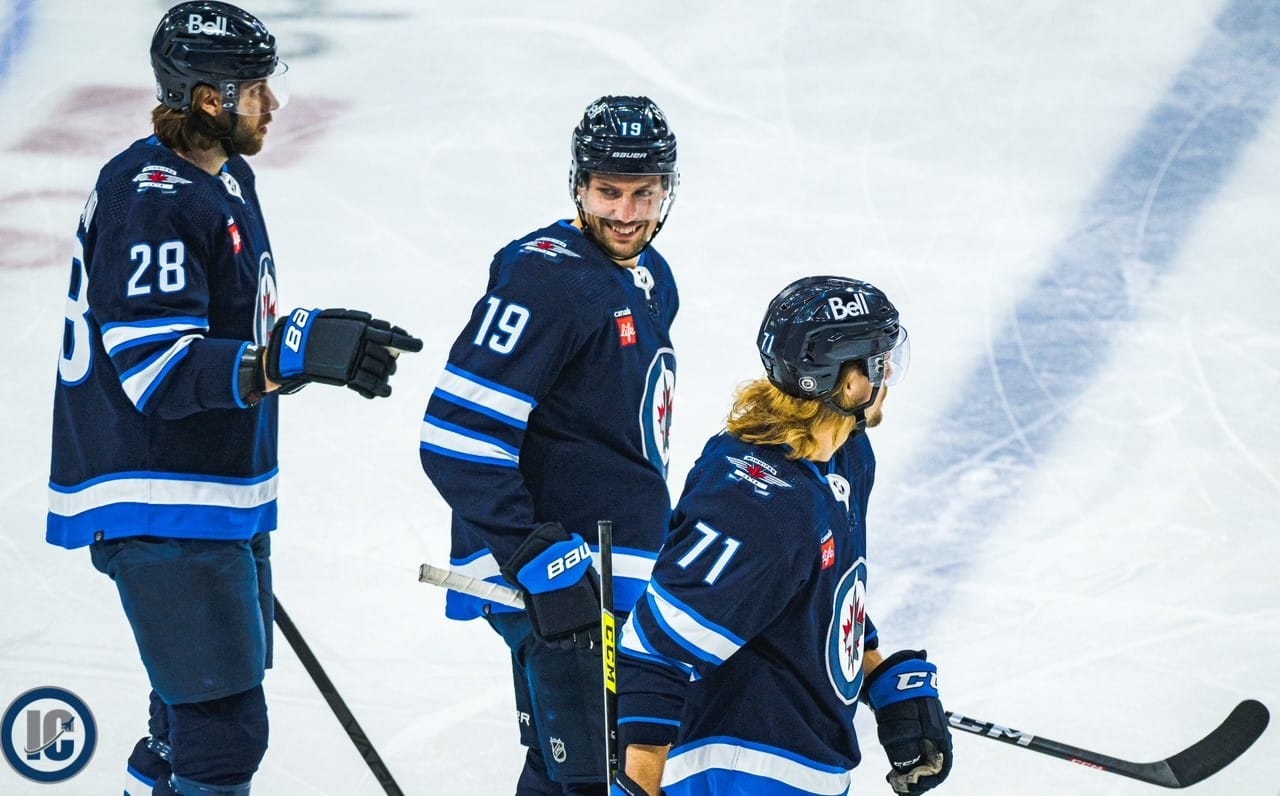 Illegal Curve Hockey Show: Saturday Show. Lots of Jets topics discussed on yesterday’s show including: The Jets stop the bleeding with win over Canucks/Scheifele hat trick on pace for 50+ goals. Status of Josh Morrissey? Thoughts on Adam Lowry as a winger alongside Mark Scheifele? What would you do with the Jets current roster? Are you making a trade? Expanding on Mike McIntyre’s article about whether the Jets should go “all in”. Jets sign 2022 3rd rounder Danny Zhilkin to three-year ELC. Previewing Jets/Oilers. Best Jets moment of 2022. We were joined by Moose assistant coach Nolan Baumgartner for a chat.