Note: The Jets got off to an inauspicious start in their final home game of 2022 but eventually turned things around in a big way in the middle frame which ultimately led to a 4-2 win which arrested their losing streak at three games. It wasn’t all good news as defenceman Josh Morrissey left the game in the 3rd although the preliminary estimate is he would receive treatment today for a lower-body injury and they are hopeful he can play tomorrow and given the laundry list of injured players and the uncertainty regarding timelines for return, they can ill afford to lose him. Right now the Jets are scheduled to practice at 12 noon so stay tuned for the Practice Report for an update. If they cancel then it will have to wait until Saturday after morning skate. Update: They cancelled so unless there is a recall we wait till tomorrow for an update.

Note II: The Moose are back in town and will face the Canucks tonight as they look to keep the good times rolling having won four straight games. They did lose Kristian Reichel on Thursday as he was recalled up to the Jets. Puck drop is at 7 PM.

Note III: The Ice are also in action tonight as they kick off five straight in Winnipeg starting with a battle against the Blades tonight and tomorrow evening. Puck drop is at 6:05 PM CST.

Sportsnet: Jets’ special teams click in win over Canucks as Scheifele notches hat trick. It wasn’t looking good for Winnipeg but then they had an opportunity to put their 8th ranked power play up against the 32nd ranked penalty kill which was the life they needed to take over the game. Wieber recapped things with a view towards the Jets view of the game. 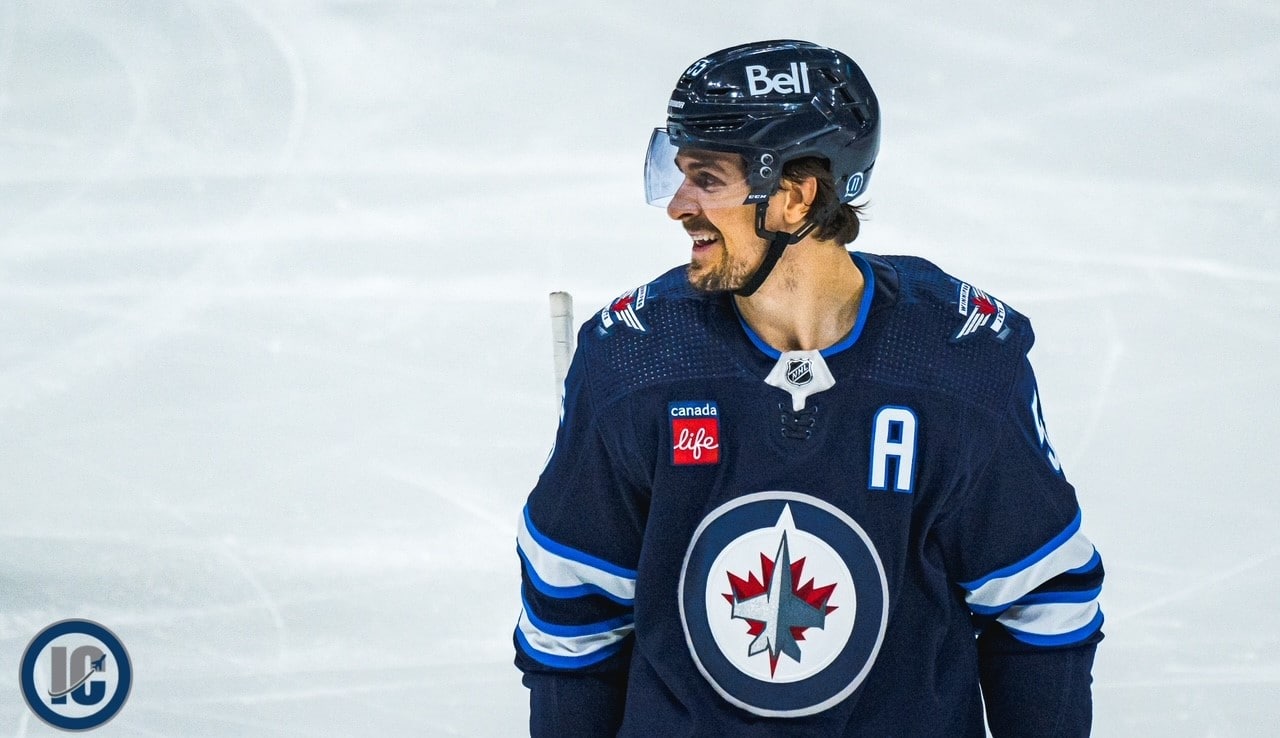 Sportsnet: Familiar struggles continue to haunt Vancouver in loss to Jets. With a look at things from a writer that covers the Jets opponent be sure to check out this gamer.

Winnipeg Sun: Josh Morrissey injured as Jets ride Mark Scheifele’s hat trick past Canucks. Is it one of those ‘it was a win but at what cost’ types of games? While it seems the prognosis on 44 is ok it really does reinforce how razor thin this team is from a catastrophe.

Winnipeg Free Press: Scheifele’s hat trick ends slump. (Paywall). Mark Scheifele with the fourth hat trick of the Jets season (and seventh of his career, second of season). Number 55 is on pace to smash his old career high in goals (38) with current projections having him hit 50+ this season.

Winnipeg Free Press: Jets in shadow of cap crunch. (Paywall). Jets have just four forwards (Connor, Scheifele, Dubois & Lowry) who make over a million and amazingly the 29 players on the roster (23 healthy, six on IR as per capfriendly who have Perfetti in the former not latter category) still fit under the salary cap. Mike took a look at the state of the cap in Winnipeg.

Global News: Chat with John Shannon. The insider discusses a number of topics related to the local NHL club including: 1) Should Jets GM Kevin Cheveldayoff make a move to help his injury-riddled squad? Which Jets player had the best 2022? What is Rick Bowness’ New Year’s resolution? 680 CJOB hockey analyst John Shannon gives his weekly thoughts on the Jets.