Note: The Jets started out Thursday by placing Dominic Toninato on waivers as they got the visa issues resolved for the recently claimed Axel Jonsson-Fjallby and the return to health of Mason Appleton which you can read about (and more) in the Practice Report. Bench boss Rick Bowness also named the three alternate captains for the 2022-23 season.

Note II: The Moose continued to practice on Friday as they get ready for tomorrow’s home opener against the IceHogs which is a 2 PM start. We have four tickets to giveaway in the Illegal Curve Zone so be sure to send me a note if you’re interested in attending.

Note III: The Ice head to British Columbia where they will take on the Cougars in Prince George tomorrow night.

Note IV:  Jets prospect Dmitry Rashevsky (2021 5th) has gone four straight games with an assist (7G 7A in 18GP for Dynamo) While an assist isn’t usually as nice as a goal to tweet about this one may have you thinking otherwise…….

Note V: Tonight after the final buzzer sounds between the Jets and Rangers game (and for the other 81 games on the schedule) you can watch the Illegal Curve Post-Game Show as we discuss and analyze the game. This season you’ll have a chance to win great schwag including authentic Jets jerseys, hats, etc after every single game (For a variety of ways to enter click here). Be part of the conversation by subscribing to our channel here.

Winnipeg Sun: Jets enter make-or-break season. No person in Winnipeg will be under greater scrutiny the next year than GM Kevin Cheveldayoff. But the questions don’t just surround him and Paul lists off many that will be compelling to watch all season long. 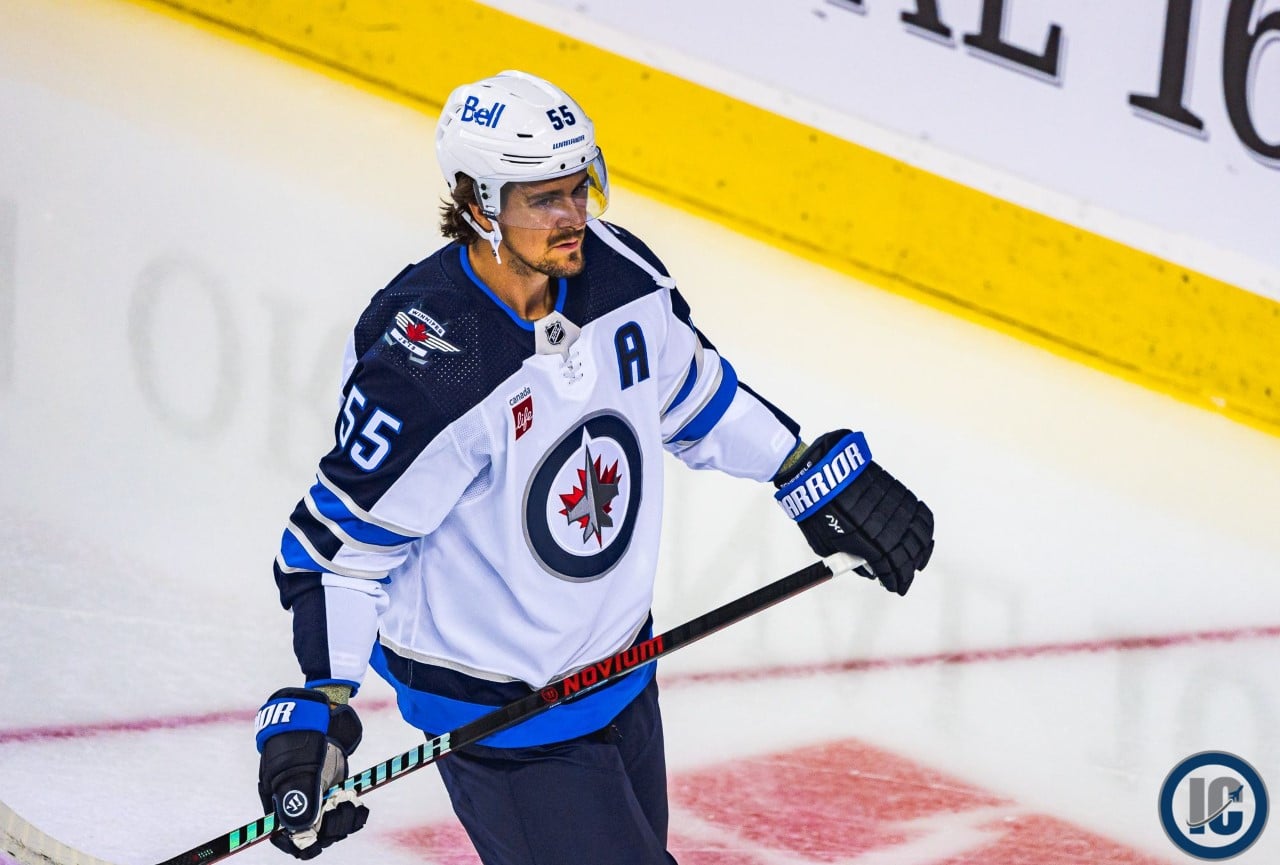 Winnipeg Sun: How much of an impact can a new head coach make? Given that the Jets are ‘running it back’ we are gonna learn that answer this season.

Sportsnet: Bowness says Jets ‘have caught on’ to the structure he wants them to play with. Proof will be in the pudding as they say starting tonight but really best judged after 10-20 games.

TSN: Jets moving focus of leadership in a different direction. Jets head coach Rick Bowness announced that Mark Scheifele, Josh Morrissey, and Adam Lowry have been named alternate captains for the 2022-23 season, with former captain Blake Wheeler not adorning an ‘A’. TSN’s John Lu has more.

TSN: ‘The guys have caught on really well’: Jets gaining confidence in new playing style. Ahead of their season opener against the Rangers, the Jets say that they are getting comfortable with the new systems implemented by Rick Bowness and his coaching staff. While Winnipeg expects a learning curve, they are confident that it will become natural.

TSN: ‘We’re trying to make life a little easier for him’: Jets focused on reducing quality chances on Hellebuyck. With a new coaching regime led by Rick Bowness in Winnipeg, among many of the system changes is trying to eliminate quality scoring chances, which would help support star goaltender Connor Hellebuyck considerably.