Note: The Jets were off on Wednesday, but they made some big news signing 2022 1st rounder Brad Lambert to his three-year ELC. Today they are scheduled to practice downtown at 11 AM as they prepare to face the Rangers tomorrow night to kick off the 2022-23 season. Update: Check out the Practice Report here.

Note II: The Moose were also off yesterday but did make some roster moves as they whittled their training camp roster down to 33 players. I attempted my hand at prognosticating the opening game lineup. Although it is worth noting that I did so before Brad Lambert signed. The Moose are set to practice this morning out at the IcePlex as they prepare to start their regular season on Saturday at 2 PM here in Winnipeg.

Note III: Another win for the Ice who played last night in Lethbridge where they defeated the Hurricanes 4-1 on the strength of two power play goals and two shorthanded ones. Next up they head to B.C. where they will take on the Cougars in Prince George on Saturday night.

Note IV:  Jets prospect Dmitry Rashevsky (2021 5th) has gone four straight games with an assist (7G 7A in 18GP for Dynamo) While an assist isn’t usually as nice as a goal to tweet about this one may have you thinking otherwise…….

Note V: On Friday night after the final buzzer sounds between the Jets and Rangers game (and for the other 81 games on the schedule) you can watch the Illegal Curve Post-Game Show as we discuss and analyze the game. This season you’ll have a chance to win great schwag including authentic Jets jerseys, hats, etc after every single game. Be part of the conversation by subscribing to our channel here.

Global News: Jets, fans looking to start season with a win. They will have a tired Rangers team who will be playing their third game in four nights on Friday so the home side will need to take advantage of that.

Sportsnet: With last season behind him, Jets’ Hellebuyck poised to expand leadership role. Given all the changes in his life and with the team last year was more of an anomaly than the standard with the top netminder for Winnipeg. Seems reasonable that he’ll bounce back to his usual top five goalie in the NHL standard.

Sportsnet: How Jets coach Rick Bowness could unlock the full potential of Nikolaj Ehlers. The secret to success is likely as simple as just first line Ehlers and first power play unit Ehlers. 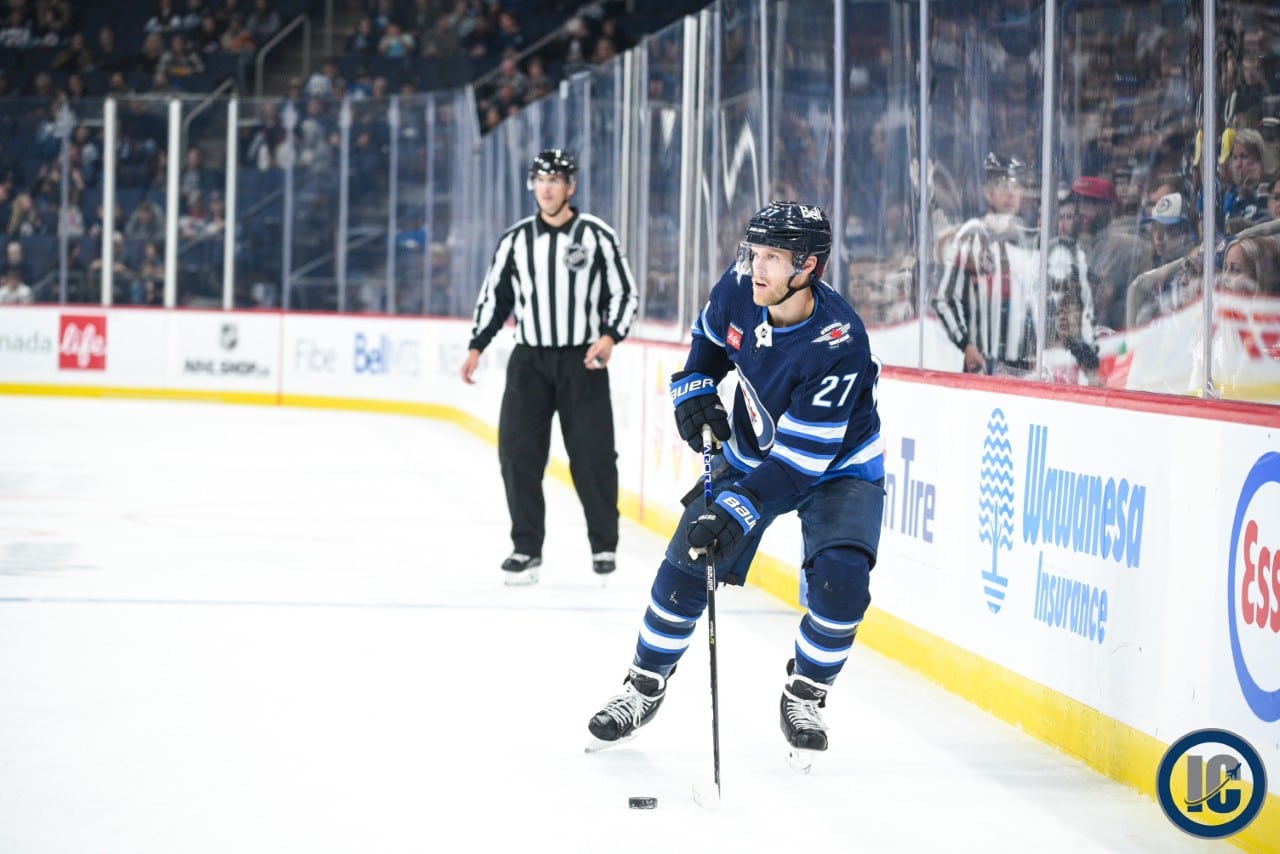 The Chirp: Jets centre Mark Scheifele chats with Daren Millard. If you’re looking to get married in California the Jets centre is your guy. This topic and more in the conversation between the two.