Note II: While not specifically Jets related there was an interesting development on Wednesday morning with the news that former bench boss in Winnipeg Paul Maurice will be taking over as head coach of the Florida Panthers.

Note III: The Maurice news became old news once Frank Seravalli of DailyFaceoff created a stir when he added Jets captain Blake Wheeler to his Trade Targets board.

Note IV: And it didn’t end there as Elliotte Friedman of Sportsnet blew things up during game 4 when he announced that Pierre-Luc Dubois has advised the Jets he plans to test free agency in 2024.

Winnipeg Sun: Where will Barry Trotz end up in the crazy game of musical coaching chairs? That is the (multi) million dollar question.

Sportsnet: Dubois informs Jets he plans to test free agency in 2024, team wants to keep him. Is it leverage or is it genuine? The timing of this news being leaked is questionable.

Winnipeg Free Press: Maurice move might bring big changes. (Paywall). The crazy part is Mike reacts to all the insanity of the day on Wednesday in Jetsland and his article was published before the news about Pierre-Luc Dubois. 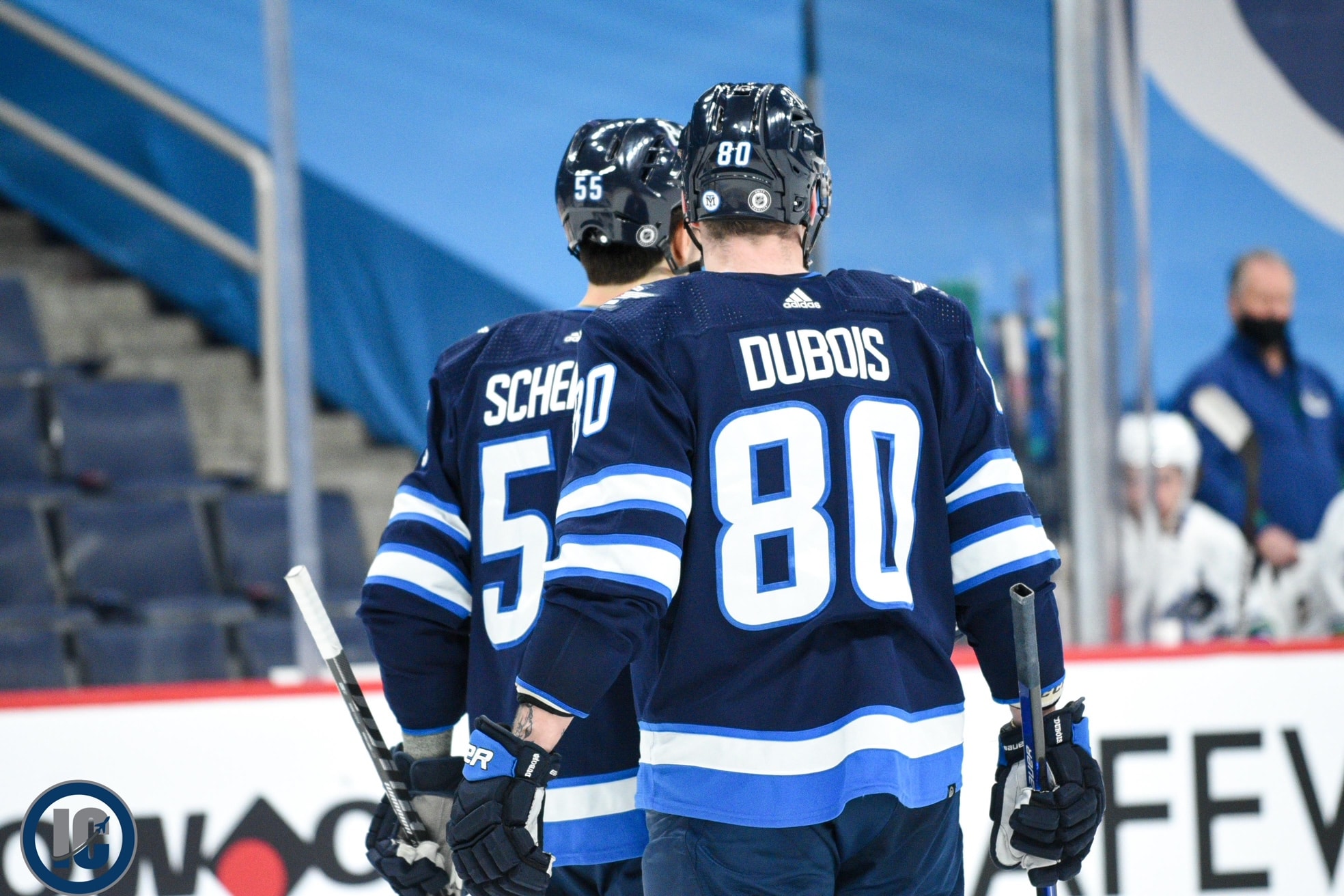 DailyFaceoff: Jets captain Blake Wheeler debuts on Trade Targets board. He doesn’t just debut but he is listed as number three.

680 CJOB: The Jim Toth Show. Jim chatted with Frank Seravalli about his report regarding Wheeler, they also discuss Paul Maurice going to Florida as well as #TrotzWatch. Just an FYI you’ll have to select the audio date (June 22nd) and audio time (1 pm) and then you can click to the 34:48 mark.

680 CJOB: Fly By Podcast. Paul Edmonds and Jamie Thomas welcome Ryan Kennedy to the pod to discuss who he sees the Jets drafting with their two first round picks, Swiss defenceman Lian Bischel and the Manitoba prospects.

Livingston Daily: Delaying military service, Brighton’s Colin Bilek signs with Winnipeg Jets’ top farm team. Pretty neat that he gets a chance to still pursue his dream which he wouldn’t have been able to do if the old rules hadn’t changed during his sophomore year. The article does confirm our belief that Bilek signed an AHL deal.

Official Manitoba site: Leon Gawanke aiming to take next step after strong season. Next training camp is going to be fascinating on the blueline for both the Jets and Moose and Gawanke is one of the most interesting players to watch on the right side as he will not be waiver exempt next season. If he doesn’t make Winnipeg out of training camp it will be worth watching to see if he is able to clear waivers.