Note: Only one question was answered on Monday and even that was without certainty given that Connor Hellebuyck was on the ice for practice and should be able to get the net tonight but wasn’t confirmed as the starter. However neither Mark Scheifele nor Paul Stastny took part and Nikolaj Ehlers left early. The only player who was officially recalled from the Moose on Monday was Kristian Vesalainen. Which should make for a very interesting morning skate in Winnipeg at 10:30 AM as the Jets prepare to face the Blues in the fourth game of this seven-game homestand. Check back for the pre-game report for an update on all of the above. Puck drop is at 7 PM.

Note II: The Moose earned a day off on Monday after playing three games in three days. They are in Milwaukee where they will practice in advance of their midweek game tomorrow evening against the Admirals.

Note III: The deadline has now passed for you to order you IC Gear from the Illegal Curve Locker Room in order to have your gear ready by the end of November however there is no time like the present to order your gear for the end of December.  Check out and purchase all your IC branded shirts, hats, hoodies and more.

Winnipeg Sun:  Blues take on Jets in battle of Central’s best. Getting you set ahead of the action between these two central division rivals. 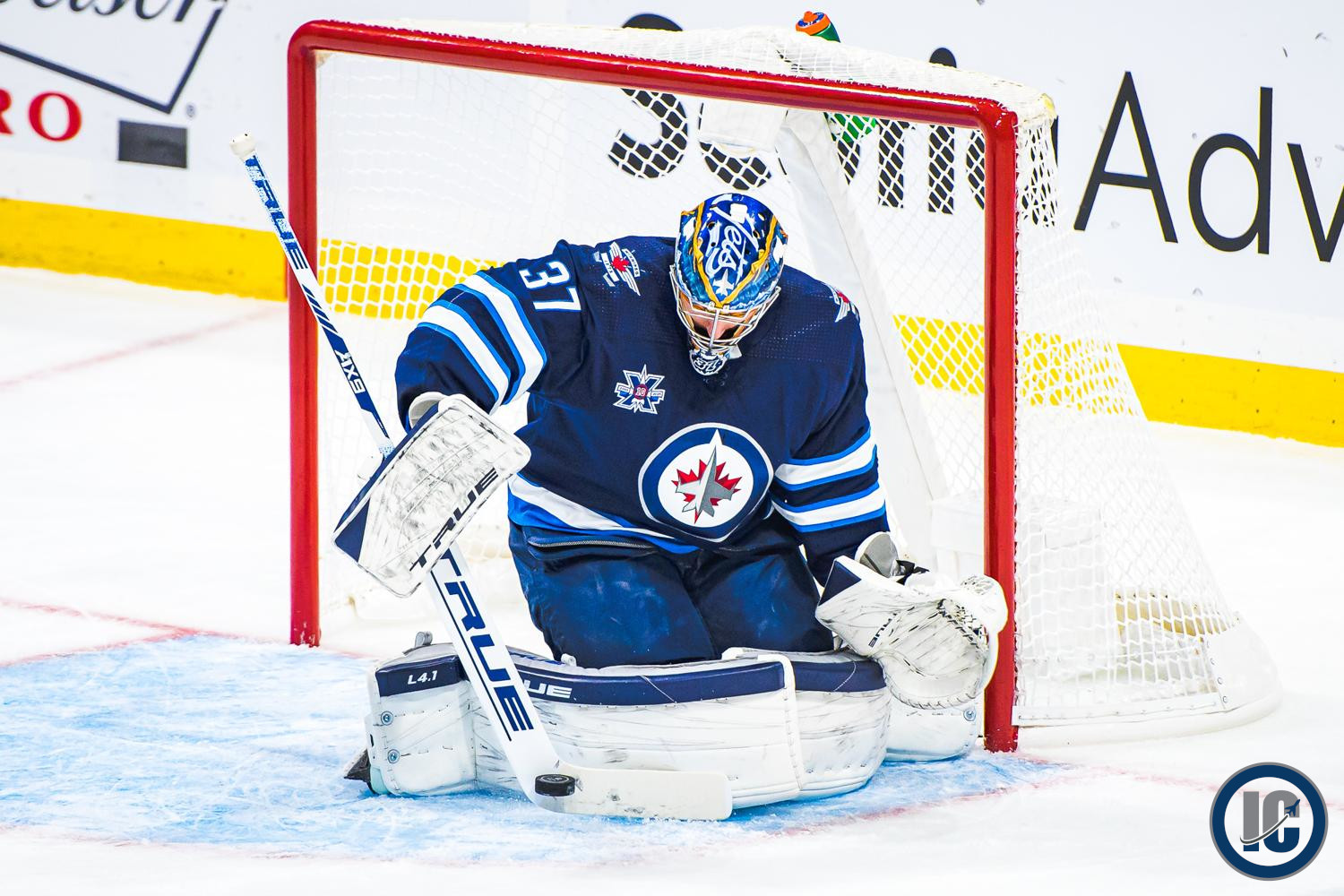 Winnipeg Free Press: Hellebucyk healthy, ready to go. (Paywall). Eric Comrie has shown that he is more than capable to handle the backup responsibilities but the Jets are going to have a motivated top netminder who couldn’t have liked being off the ice and not playing in games with his team.

Winnipeg Free Press: Ehlers, Scheifele, Stastny all question marks vs. Blues. (Paywall). As I said above, there are lots of questions surrounding this club.

Global News: Jets head coach hopeful Scheifele and Stastny can play. Most in the coaching fraternity seem to loath sharing details, especially when it comes to injury situations. Which means keep your eyes peeled to morning skate (or the twitter account of someone in the know).

St. Louis Post-Dispatch: Blues at Jets. Get the game day set up from the writer that covers the Jets opponent.