A look at the game 12 projected lineups and pre-game interviews.

Lots of questions coming into today as the Jets were without Mark Scheifele, Paul Stastny and then Nikolaj Ehlers left practice early yesterday. As well Connor Hellebuyck seemed to be pushing to return but Paul Maurice didn’t tip his hand. 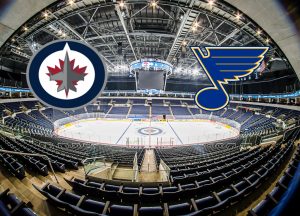 As per Ken Wiebe of Sportsnet goalie Connor Hellebuyck is going through the “shooting session he takes before games that he starts” which likely means he will be back for his first game since October 30th.  Ken also indicated that Mark Scheifele is skating as is Nikolaj Ehlers but that Paul Stastny is not and that Jansen Harkins is wearing white skating in his spot.

Jets return to 12/6.  He indicated that Mark Scheifele is ready to go, but that Paul Stastny is not. He also confirmed that Connor Hellebuyck in net tonight.