Note: The Jets are scheduled to hit the ice today for practice as they get ready to kick off a seven-game homestand here in Winnipeg which starts with the Stars tomorrow night. Stay tuned for the Practice Report which includes the news that Mark Scheifele is out of the NHL’s covid-19 protocol and practicing.

Note II: Mark Chipman and Kevin Cheveldayoff were to hold a media availability this afternoon but it has subsequently been pushed to tomorrow as the Jets co-owner is ill.

Note III: The Moose three-game win streak came to an end on Sunday as they went up against the Wild in a re-match which saw Iowa goalie Dereck Baribeau stand tell in net and if not for a Cole Perfetti no doubter late in the 3rd should likely have had a shutout. Manitoba is off today and will practice for a few days here in Winnipeg before they leave for Milwaukee on Thursday where they will start a six-game road trip on Friday.

Sportnset: Jets’ identity coming into clearer focus as homestand awaits. After seven games the Jets have begun to provide some insight into what kind of team they are writes Ken. 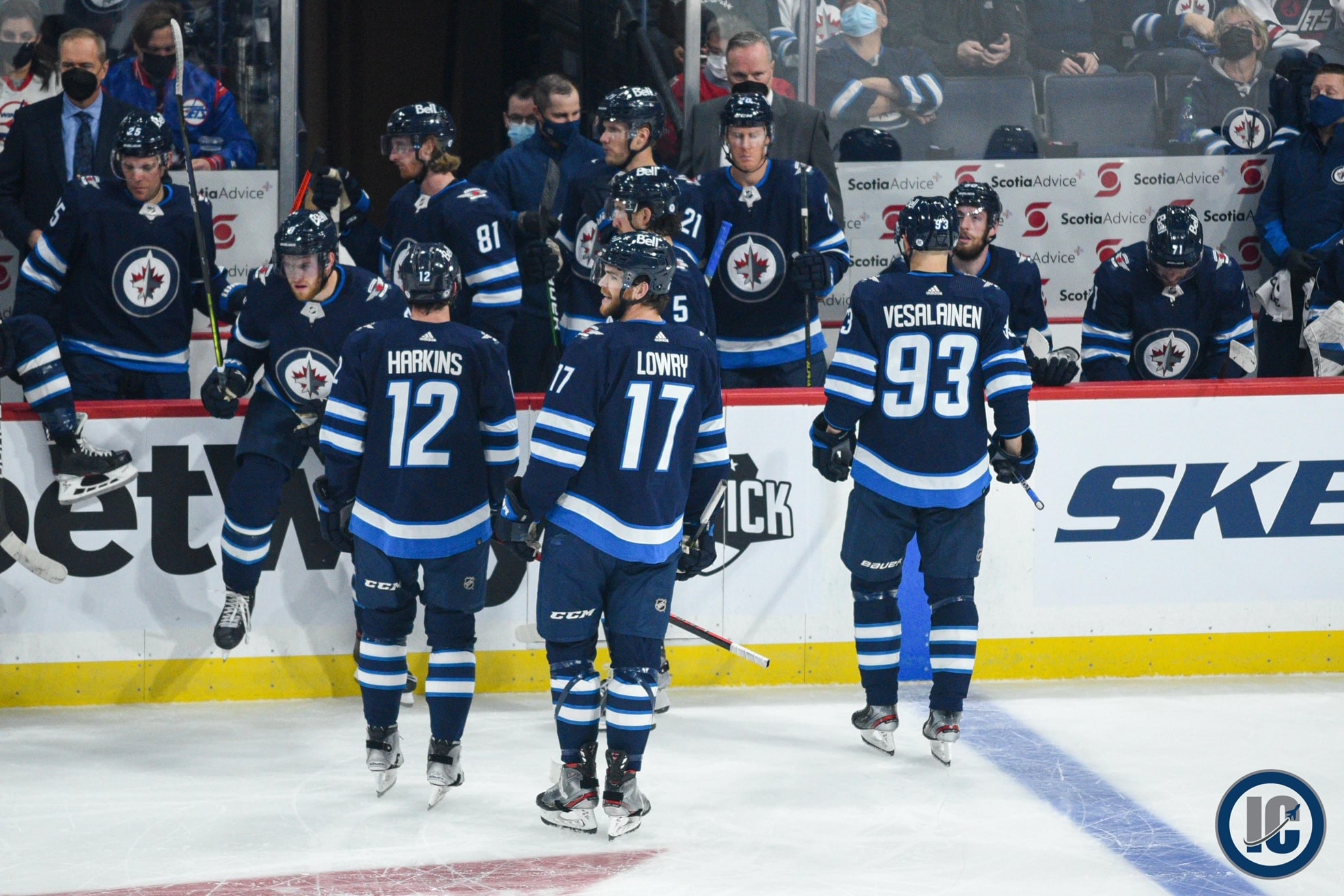 Winnipeg Free Press: Jets have chance to set standard: Kennedy. (Paywall). Jeff has spent a number of years studying this topic and he spoke to someone who unfortunately had to live this experience and has subsequently become an expert in the area.

Winnipeg Free Press: Jets are obviously very good. (Paywall). Probably best to reserve judgement until they are playing sloppy and beating the best teams in the NHL.

Illegal Curve: Podcast. Topics included a Jets week in review with three straight win since our last show and four straight overall. The forward lines with the return of Blake Wheeler and with Mark Scheifele appearing to be close as well. Play of Eric Comrie. Looking ahead to the Jets and Sharks game as well as a preview of the week ahead. Things to look for at today’s Moose and Wild game. NHL decision regarding Kevin Cheveldayoff. Guests included Jim Toth (680 CJOB) and Justin Cuthbert (Yahoo Sports).

Illegal Curve: Moose win streak ends at three games as Wild split series with 4-1 win.  Check out my recap of the game with a look at the lineup, some noteworthy occurrences, post-game (Thomas Caron, David Gustafsson & assistant coach Marty Johnston).