Note: The Jets are off today after they concluded a five out of six point road trip last night with a disappointing OT loss to a hamstrung Sharks team. They were originally scheduled to practice today but have subsequently cancelled. They will be back on the ice on Monday as they prepare to kick off a long homestand starting with the Stars.

Note III: The Moose won their third straight game on Saturday defeating the Wild by a final score of 5-3. They will go for the weekend sweep this afternoon at Canada Life Centre with a 2 PM puck drop.

Note IV: The Illegal Curve Locker Room is finally here.  Check out and purchase all your IC branded shirts, hats, hoodies and more which are all made locally here in Winnipeg.

Winnipeg Sun: Andrew Copp continues ascent into integral role with Jets. When given a challenge the Michigan product has consistently risen to meet same in order to achieve his goals. 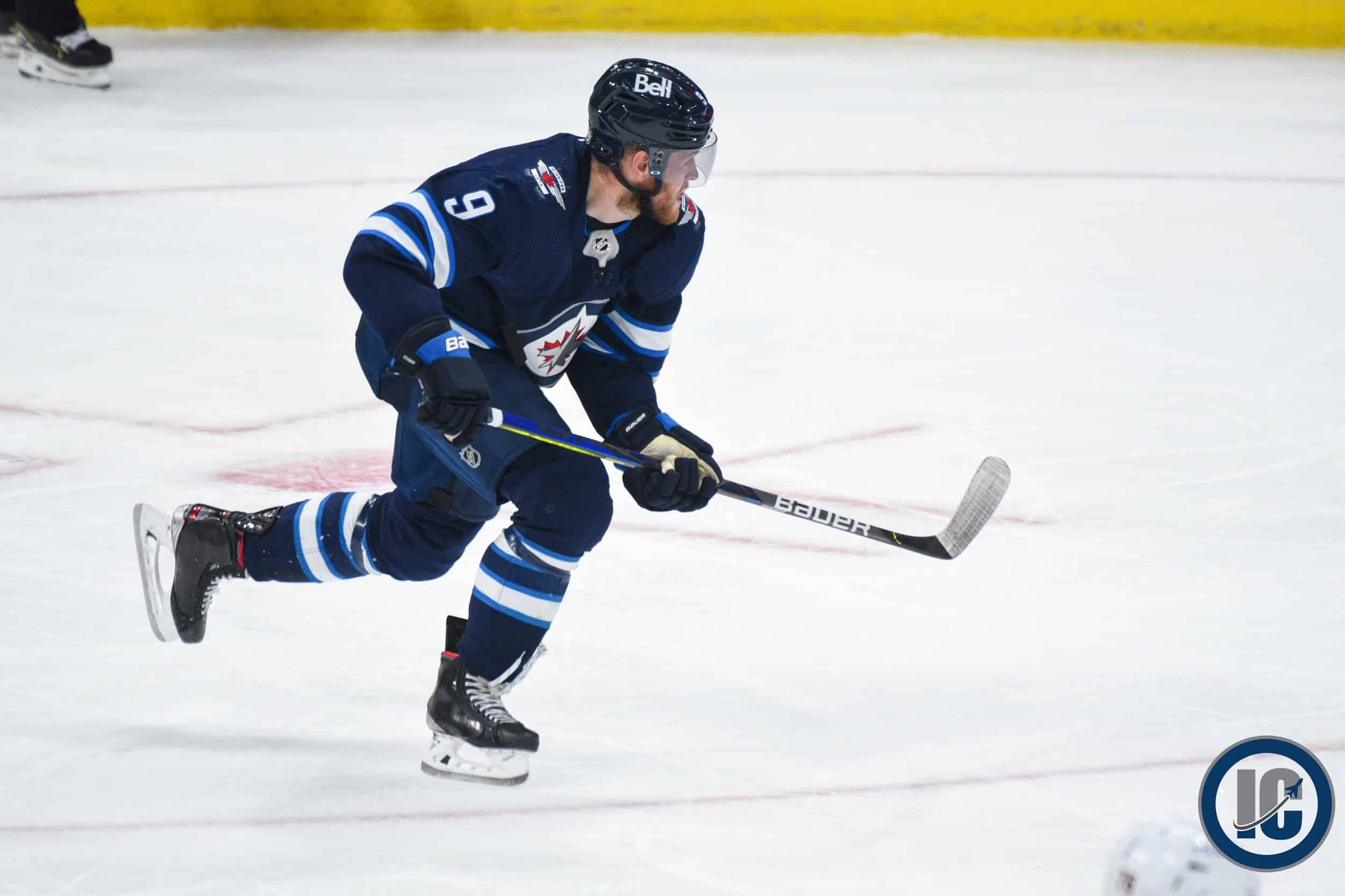 San Jose Mercury News: Sharks, despite COVID absences, earn inspired win over Jets: ‘I’m proud of every guy in the room’. Read about last night’s improbable victory by a depleted Sharks club by a writer who covers the home side.

Winnipeg Free Press: Sharks take bite out of Jets 2-1 in OT. (Paywall). Jeff filed his game story from his spot inside the SAP Center.

Illegal Curve: Podcast. Topics included a Jets week in review with three straight win since our last show and four straight overall. The forward lines with the return of Blake Wheeler and with Mark Scheifele appearing to be close as well. Play of Eric Comrie. Looking ahead to the Jets and Sharks game as well as a preview of the week ahead. Things to look for at today’s Moose and Wild game. NHL decision regarding Kevin Cheveldayoff. Guests included Jim Toth (680 CJOB) and Justin Cuthbert (Yahoo Sports).

Illegal Curve: Moose roll to their third straight win as they defeat Wild 5-3 in afternoon matinee.  Check out my recap of the game with a look at the lineup, some noteworthy occurrences, post-game (Thomas Caron, David Gustafsson & assistant coach Marty Johnston).