The Moose came into this afternoon’s game against the Wild with two wins in their pocket after sweeping Grand Rapids last weekend in Winnipeg. They last played Iowa on March 8th, 2020 after which the AHL would shortly thereafter shut down due to covid.

The Moose had a trio of players listed a day-to-day this week including Jets 2019 1st rounder Ville Heinola, Nicholas Jones and Luke Johnson. On Friday Manitoba announced that they had recalled two players from Newfoundland being forward Todd Burgess and defenceman Tristan Pomerleau. 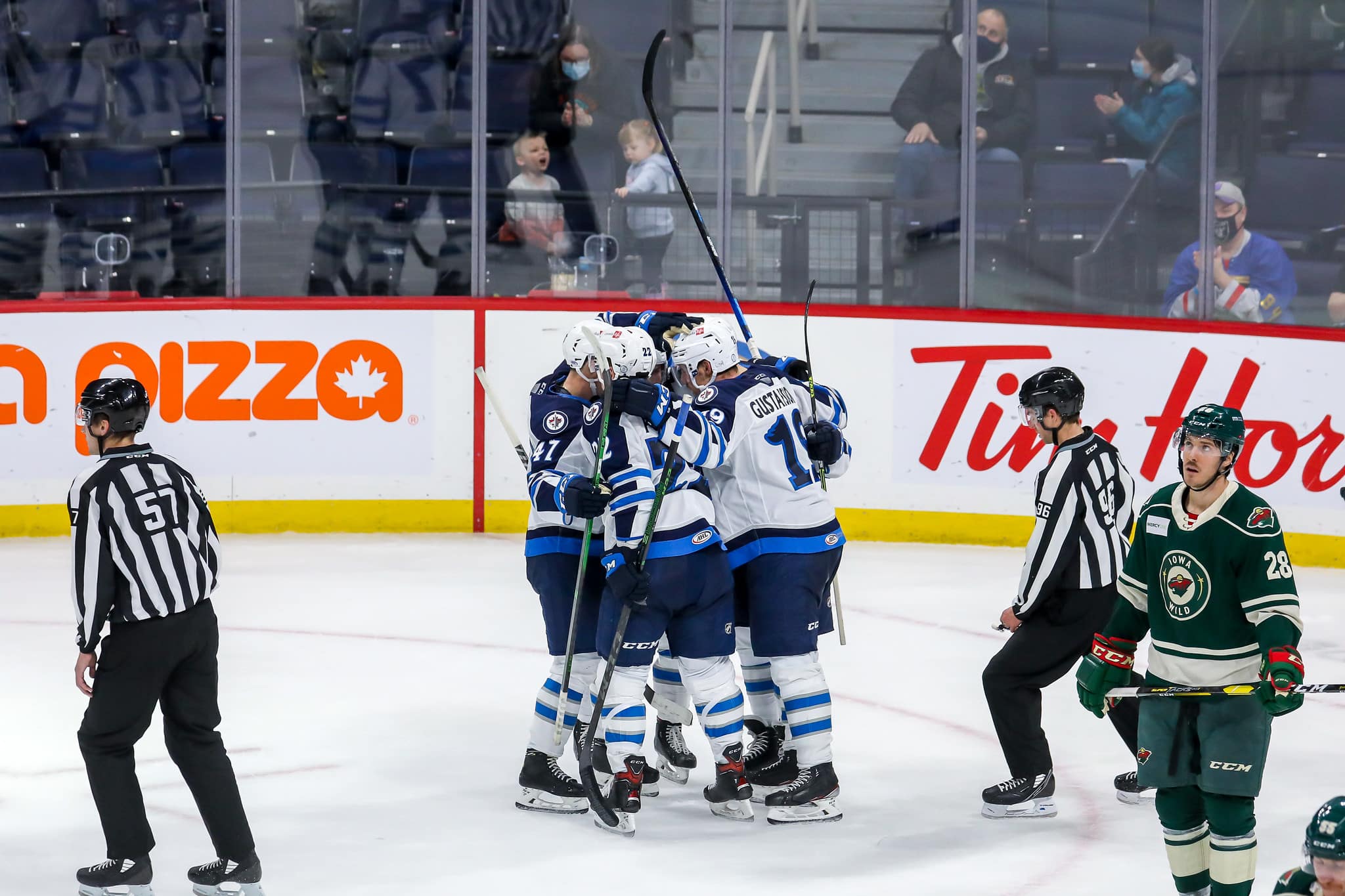 While he was listed as day-to-day during the week Jets 2019 1st rounder Ville Heinola wasn’t available for tonight’s game.

First pro goal alert for Thomas Caron as he ties the game for the Moose.

Leading goal scorer Mikey Eyssimont was down on the ice after losing an edge and sliding into the Iowa bench in the 1st period. He had to be helped off the ice and didn’t return to the game.

Defenceman Leon Gawanke (Jets 2017 5th rounder) scored his first goal of the season which was a nice blast from the point.

David Gustafsson (Jets 2018 2nd) was the recipient of a tic-tac-toe passing play on the power play which was an illustration that when Cole Perfetti (Jets 2020 1st) has time and space watch out. Click here to see the goal.

The Moose secured their third straight win and they improve to 4-2-0 on the season with a re-match tomorrow afternoon against this Iowa team.

Moose and Wild are back in business on Sunday afternoon at 2 PM.