Updates on a trio of players. 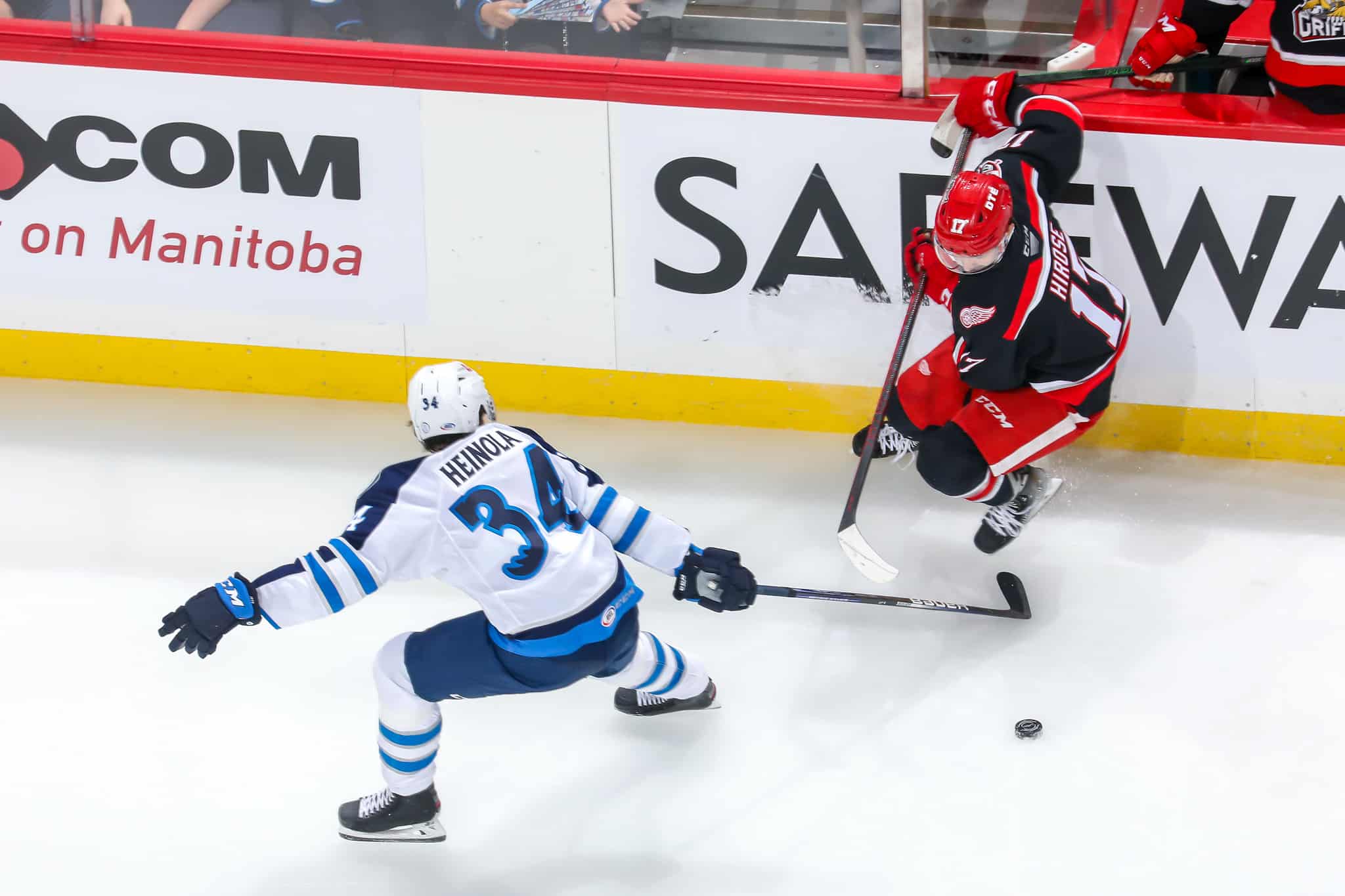 Heinola was injured in the 1st period of the game on Sunday when he got sandwiched between two Griffins players at the Grand Rapids blueline. He left and came back in the opening period but didn’t return for the 2nd or 3rd periods. While Johnson was helped off the ice in the 3rd period of that same game when he fell awkwardly after a faceoff and wasn’t able to put pressure on his right leg.

The Moose bench boss indicated that all of them are day-to-day and said he would see how it goes this week. He added that Heinola’s issue is lower-body and that he went into the game dealing with a hamstring problem.

Jones played the first two games of the season in Toronto but didn’t play in Laval to conclude that road trip and missed both games against Grand Rapids this past weekend.