The Moose came into the game this afternoon looking to keep things rolling after defeating Grand Rapids on Friday in their home opener. 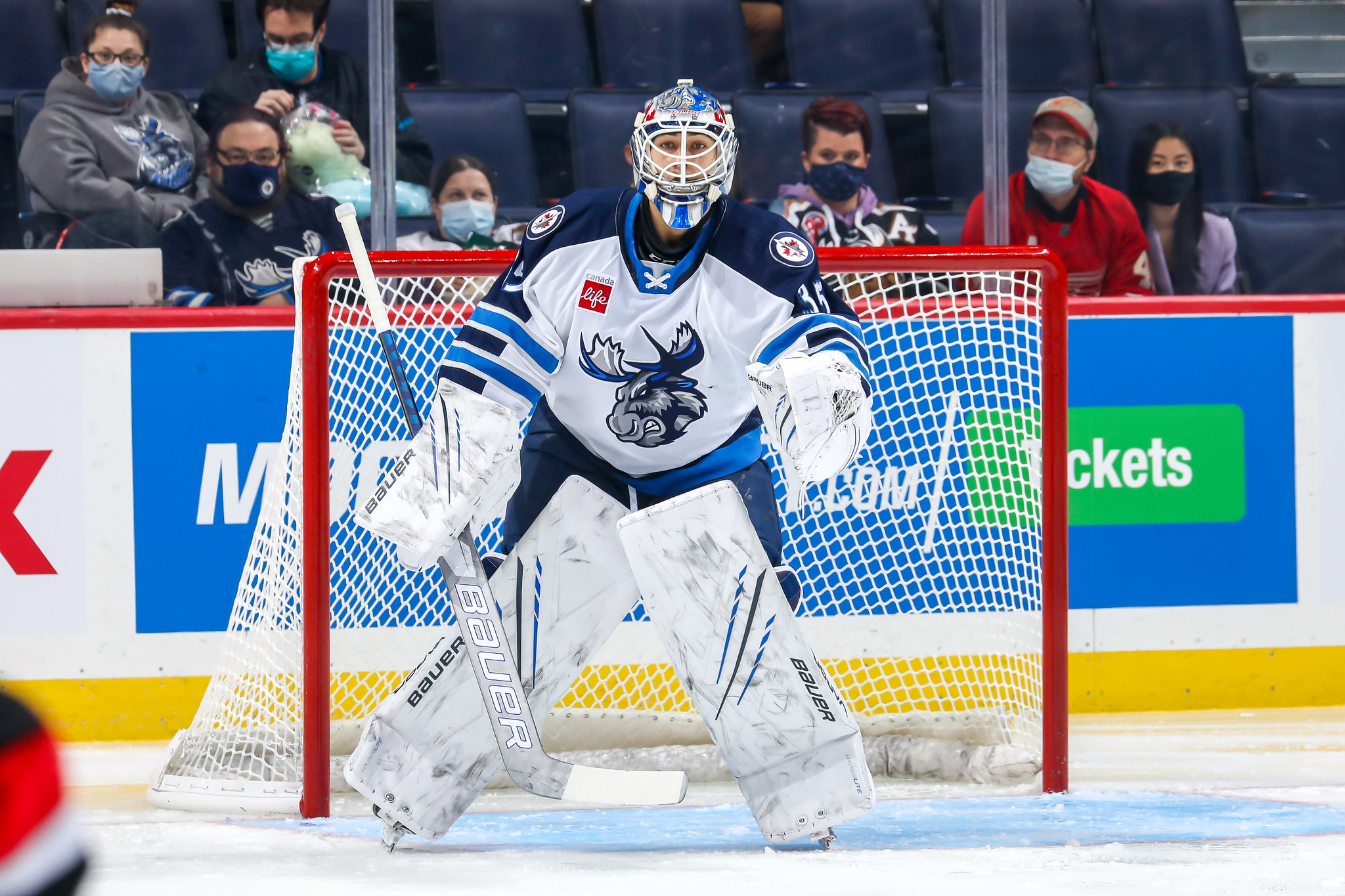 Today was the first chance to see Jets 2017 6th rounder Arvid Holm play net in Winnipeg. He got the start in goal while his countryman & Jets 2019 2nd rounder Simon Lundmark drew back in.

No Ville Heinola in the 2nd period for the Moose. The Jets 2019 1st rounder took a big hit in the first period, left the game and returned. He finished the period but didn’t play the rest of the game.

The aforementioned Arvid Holm picked up his first point in the AHL as he was given the secondary assist on the Moose second goal of the game.

I liked Simon Lundmark‘s game this afternoon. The Jets 2019 2nd rounder has a quiet confidence to his game. He has looked good on the second power play unit for Manitoba.

In the absence of Heinola we are seeing the versatility of Jets 2017 3rd rounder Johnny Kovacevic who is playing right side paired with Declan Chisholm and then left side paired with Simon Lundmark. While this isn’t new, as it was something he was occasionally asked to do with the Moose last season, it is a reminder that he continues to add to his toolbox.

Probably the highlight of the afternoon for the home crowd was this play by Holm in OT when he went on quite the adventure (see here).  Really thought Holm played a solid game for the Moose.  Good first impression.

And given how good David Gustafsson has looked already this season apropos that he seals the deal with the only shootout goal.

Assistant coach Eric Dubois didn’t have an update on Ville Heinola or Luke Johnson who both left the game due to injury.

Moose will practice this week as they get set for a pair of afternoon matinees next weekend against Iowa here in Winnipeg.