Note: The Jets practiced on Thursday as they start to prepare for the second round of the playoffs. Today they are scheduled to practice for a second straight day as they still await their next opponent with the Habs defeating the Leafs last night in OT to push their series to a sixth game which will be played on Saturday night.  Jets are scheduled to hit the ice at 11 AM so be sure to check out the Practice Report for the latest news and media availability.

Note II: A reminder that you can watch ‘Live with Kenny and Renny’ featuring Sean Reynolds and Ken Wiebe of Sportsnet which starts at 9 AM and which will be available on their YouTube channel.’

TSN: What do we make of the Winnipeg Jets? No real surprise for folks who have been paying attention when you see Connor Hellebuyck’s numbers.  As we’ve said for some time now, this team will go as far as he takes them.

The Athletic Winnipeg: Would the Jets prefer the Maple Leafs or Canadiens? Likeability, loatheability, chances of winning and more. (Paywall). The question since the Jets eliminated Edmonton on Monday night was which team will Winnipeg face?  However Murat looks into a number of factors in trying to determine which team the Jets would prefer to face.

Winnipeg Sun: Ehlers says pure exhilaration of overtime wins is ‘What it’s all about’. It was evident from the moment he realized he scored and that grin was plastered across his face.

Winnipeg Sun: High of playoff success particularly uplifting for clean and sober Jets centre Nate Thompson. Always great to read about people who are able to overcome adversity in life and not just survive it but rebound well to continue on a path of success.

Winnipeg Sun: Jets rookie Stanley makes mark in first Stanley Cup playoff series. Lots has gone right for the capable Dman including the hard work he put into the offseason, getting a chance to succeed with a player in Tucker Poolman he has a lot of familiarity with dating back to their Moose days (29 games together) and more. 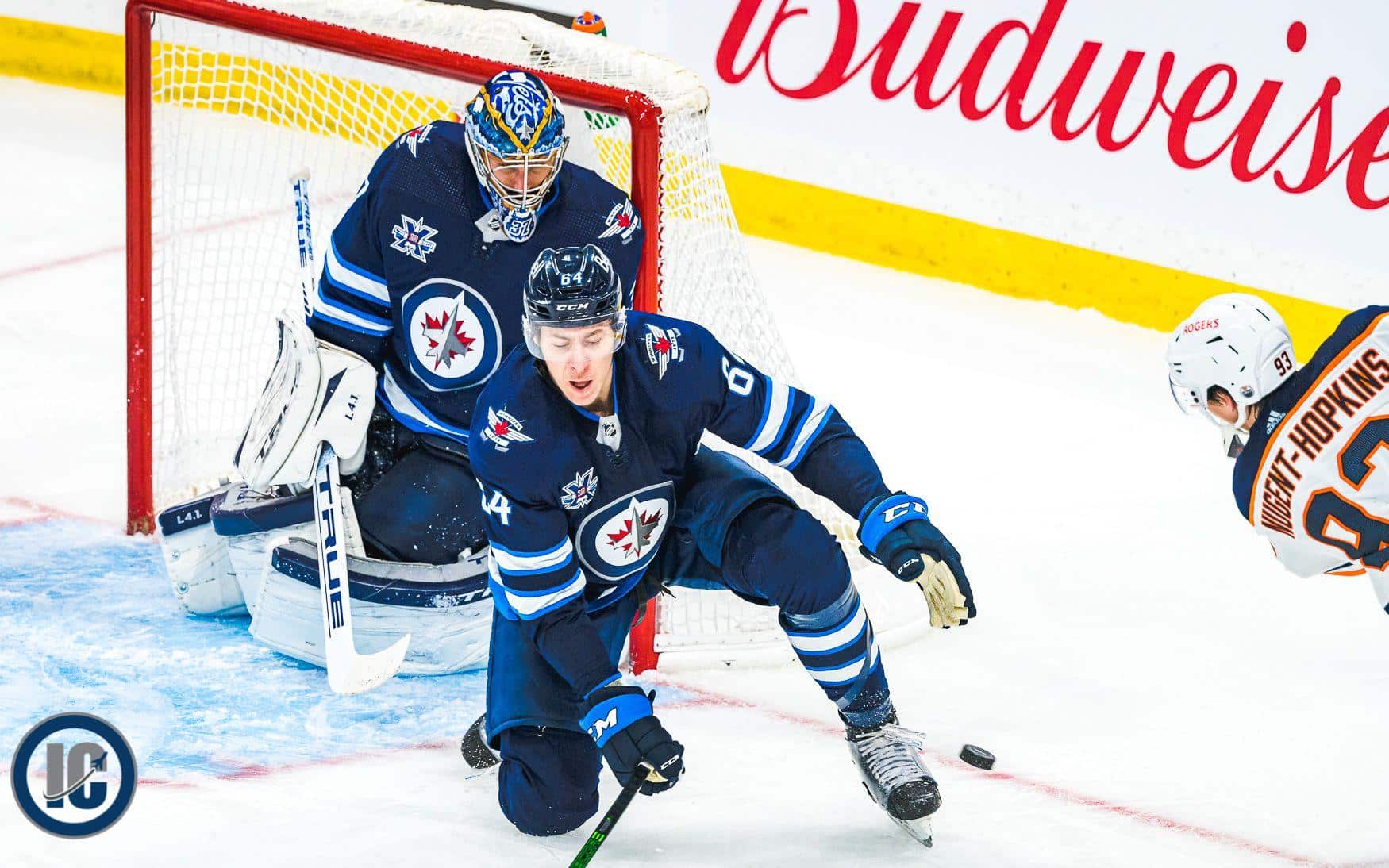 Winnipeg Free Press: Jets rookie defenceman Stanley more than earned his spot on post-season roster. (Paywall).  As someone who has watched pretty much every single game he has played in the pros, with the Moose and now the Jets, even I was surprised at the jump he made between the premature end of the Moose season (March 2020) due to the pandemic and the start of this training camp. I always believed he would be an NHLer but I didn’t anticipate it would go this smoothly.

Winnipeg Free Press: Ehlers credits teammates for stellar performance on return to lineup. (Paywall). While he was quick to credit his teammates for success, and there is no doubt they play a part, it is also clear how important a piece he is for this team.

Winnipeg Free Press: Man in can alone in stands draws fans. (Paywall). Usually I am a fan of schtick but I am kinda over the whole there’s something random so let’s create a twitter account for it.

Global News: Jets can’t be over-prepared for Round 2. As Andrew Copp said the way he watched Montreal and Toronto changed once he realized that the Jets would be facing one of the two teams in the next round.

Sportsnet: Jets continue embracing underdog status as they await next opponent. Ken Wiebe and Sean Reynolds talk about the Jets’ recovery after their series against the Oilers, and their continued embrace of being “underdogs” against either the Maple Leafs or Canadiens.

TSN: ‘Big boy’ Logan Stanley playing a big role for Jets in playoffs. Logan Stanley discusses the experience of his first Stanley Cup playoff series and how far he’s come playing such a big role for the Jets, while his teammates and coach explain what he brings to the team and how much he’s learned and developed this season.

Sportsnet: 31 Thoughts Podcast.  They chat about the Jets and Oilers series starting at the 36 minute mark.

Illegal Curve: Nathan Todd named to AHL All Canadian Division All-Star Team.  He had a season to remember which earned him this award. He spoke with us by zoom on Thursday.