Todd will receive a custom-designed crystal award in recognition of his selection.

Moose forward Nathan Todd was named to the AHL All Canadian Division All-Star Team on Wednesday.  In 36 games with Manitoba this season he scored 12 goals with 20 assists to finish the year with 32 points.  Not too shabby when you consider he had one goal in his previous 27 AHL games coming into this condensed season. 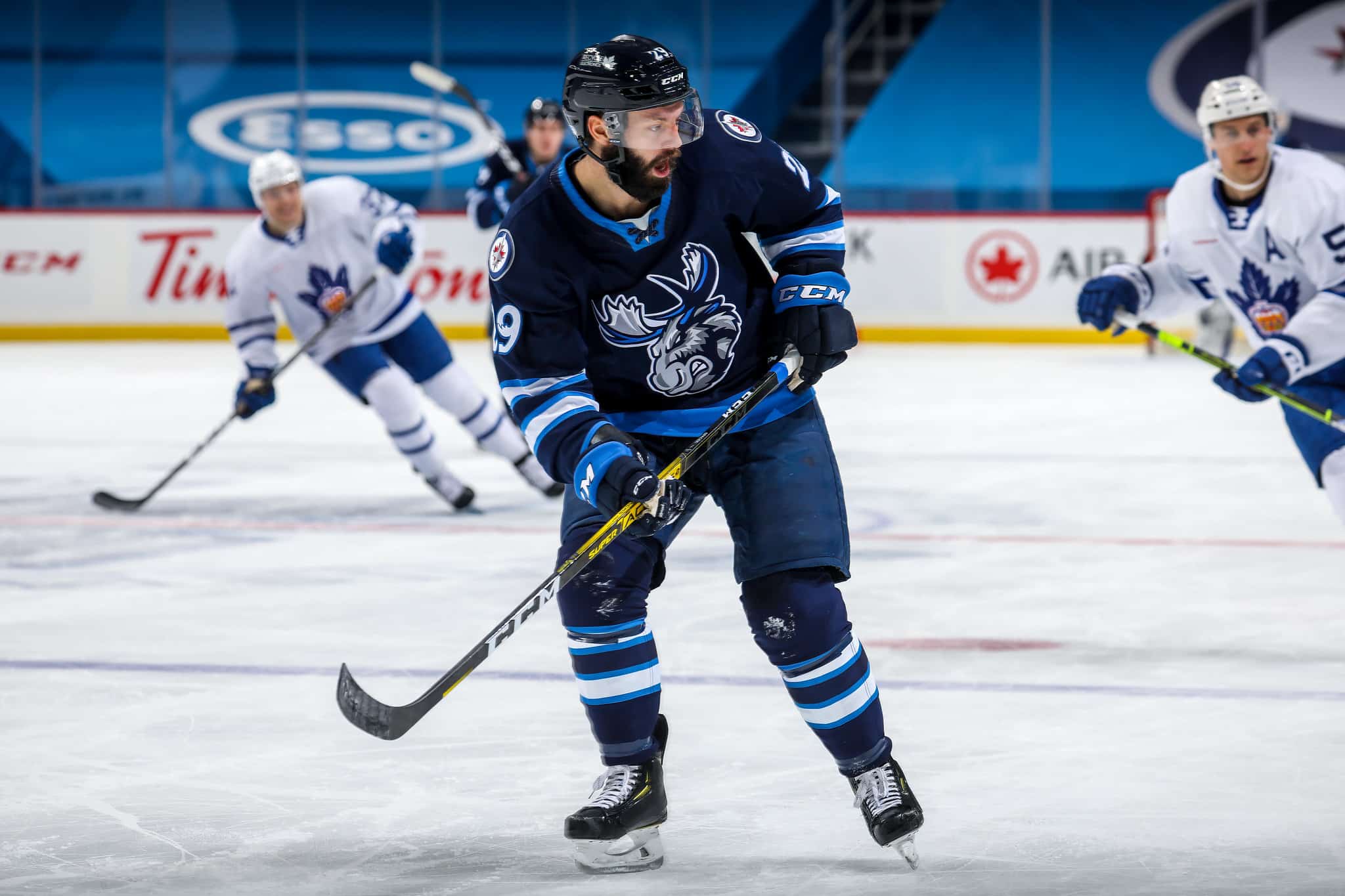 However as his head coach Pascal Vincent said more than once this season Todd just needed to have the door to opportunity opened up for him and he was able to seize a role on the top line along with rookie Jeff Malott and either Jets 2018 2nd rounder David Gustafsson or Jets 2014 5th rounder CJ Suess at centre.

He signed a one-year deal with Manitoba last July. He told us this morning that he doesn’t have anything yet in place but given the season he just had, he should have more than a few options.

Todd spoke by zoom today about being named to the All Canadian Division All-Star Team as well as his summer plans and more.