Note:  Things weren’t looking good for the Jets last night in Ottawa as they found themselves being outshot and down 3-1 but they clawed back and finished off the comeback with a Nikolaj Ehlers OT winner to improve Winnipeg to 2-1-0 on the season.

Note II:  The Jets have a practice scheduled for 2 pm followed by a media availability as they get ready for a Thursday night re-match against these same Senators.  Stay tuned for our Practice Report.

Note III:  We’ll be updating you with our Overseas Jets Report (including news that 2020 2nd rounder Daniel Torgersson signed a two-year contract with Frölunda) as well as taking a look at Jets prospects who are playing in NCAA.

Sportsnet: As Jets build foundation, comeback win over Senators an important step.  This team has certainly shown a resiliency but at the same time they have relied too heavily on goaltending to keep them in the fight.

Winnipeg Sun: Jets storm back with late tying goal, get winner from Ehlers in overtime to top Senators. Ehlers is one of the most dangerous players 5 on 5 and when you give him the extra room in OT, just watch out. Somewhat shocking that it was his first ever NHL game winner in OT (or was it….) 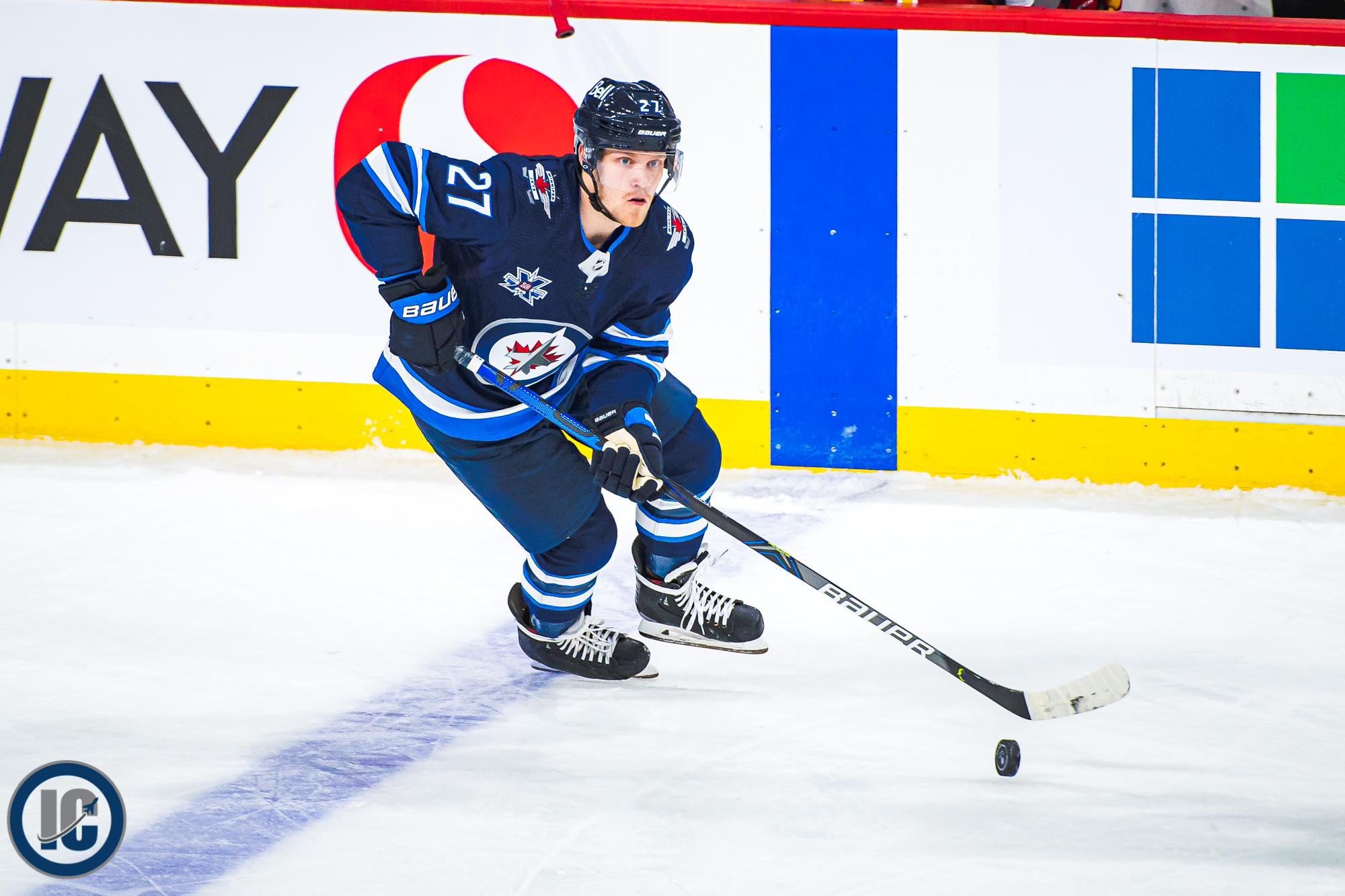 Ottawa Sun: Hard-working Senators deserved better than OT loss to Jets. No doubt it looked like Ottawa had this one wrapped up although when it was 3-1 and they couldn’t make it 4-1, I felt that it seemed highly likely that the Jets could tie it up. Read about the game from the perspective of a writer who covers the Jets opposition.

Ottawa Sun: Patrik Laine and the Winnipeg Jets will be an interesting situation to watch this season. Bruce Garrioch’s sources think the Laine injury is longer than the day-to-day the Jets have it currently listed as. Garrioch also talks about potential suitors for the talented Finn.

Winnipeg Free Press: Let’s get some grudges going.  (Paywall). The three-game series against the Sens and the three straight home games in early February against the Flames will probably make these teams dislike each other.

TSN: Reuniting Connor, Scheifele and Wheeler key to Jets’ comeback. With Patrik Laine out, the TSN Hockey panel explains that Paul Maurice’s decision to reunite Kyle Connor, Mark Scheifele and Blake Wheeler was key to the Jets’ comeback Tuesday night. The panel also discusses what Ottawa can take from the loss after outplaying Winnipeg for most the game.

TSN: ‘They’re able to take advantage of you’: Button praises Connor-Scheifele-Wheeler line. Craig Button discusses how dangerous the line of Kyle Connor, Mark Scheifele and Blake Wheeler was in the Jets’ comeback win against the Sens, how Josh Morrissey was able to shake off early struggles to be a key contributor late in the contest, and what the Sens need to do to finish games.

TSN 1290 Winnipeg: The Afternoon Ride. Murat Ates of The Athletic joined Andrew “Hustler” Paterson and Rick Ralph on the Afternoon Ride. They discussed the Jets loss last night to Toronto, concerns about the team’s defense, Logan Stanley’s debut, Paul Maurice’s line juggling and the upcoming stretch of games for the Jets. (This is from a Tuesday afternoon interview).

TSN 1200 Ottawa:  Very impressed with Laine’s growth as a person and player. Jets GM Kevin Cheveldayoff on travelling during COVID, where he see’s his team, play of Connor Hellebuyck, Patrik Laine’s uncertain future and being patient when building a team. (This is from a Tuesday morning interview).

Illegal Curve: Moose enter into a loan agreement with the Vancouver Canucks. Somewhat lost in all of the noise of the Jets news yesterday was this item about the Moose and their former NHL affiliate getting back into business together as Manitoba will now home some Vancouver players/prospects.