Note: Check out the news from yesterday’s final training camp skate as well as the media availability with coach Paul Maurice. The biggest news on Tuesday was that goalie Eric Comrie and defenceman Luca Sbisa were claimed off waivers. We also heard from 2020 1st rounder Cole Perfetti who is in quarantine in Winnipeg.

Note II: The Jets are set to reveal their roster and taxi-squad today at 11 AM CT.  We’ll have it all covered so stay tuned for that. Update:  Here is the 21 man roster with the five player taxi squad and later in the afternoon the team announced they had signed Trevor Lewis to a one-year deal.

Note III: The Jets will have a practice at 11 AM followed by a media availability.  We will also have that covered so keep it locked right here.  Update: Check it out here.  You can also watch GM Kevin Cheveldayoff‘s availability here and coach Paul Maurice‘s availability here.

TSN:  31 bold predictions for the new NHL season.  Frank looks around the NHL and for the Jets he predicts #3 that Laine gets traded and think it will either be to Columbus or Carolina, #18 Jets will have top scoring top six in Canda and #19 that Heinola and Samberg will supplant the vets on the team for spots.

The Athletic Winnipeg:  Ranking the Jets: What the Athletic player tiers say about the state of the team. (Paywall).  Murat takes a look at what the national folks of his publication had to say about the local NHL squad.

TSN:  Jets patiently managing trade assets in Laine, Roslovic.  From the Insider Trading segment.  Nothing really new here. All quiet on the Laine front and Cheveldayoff has had conversations on Roslovic. 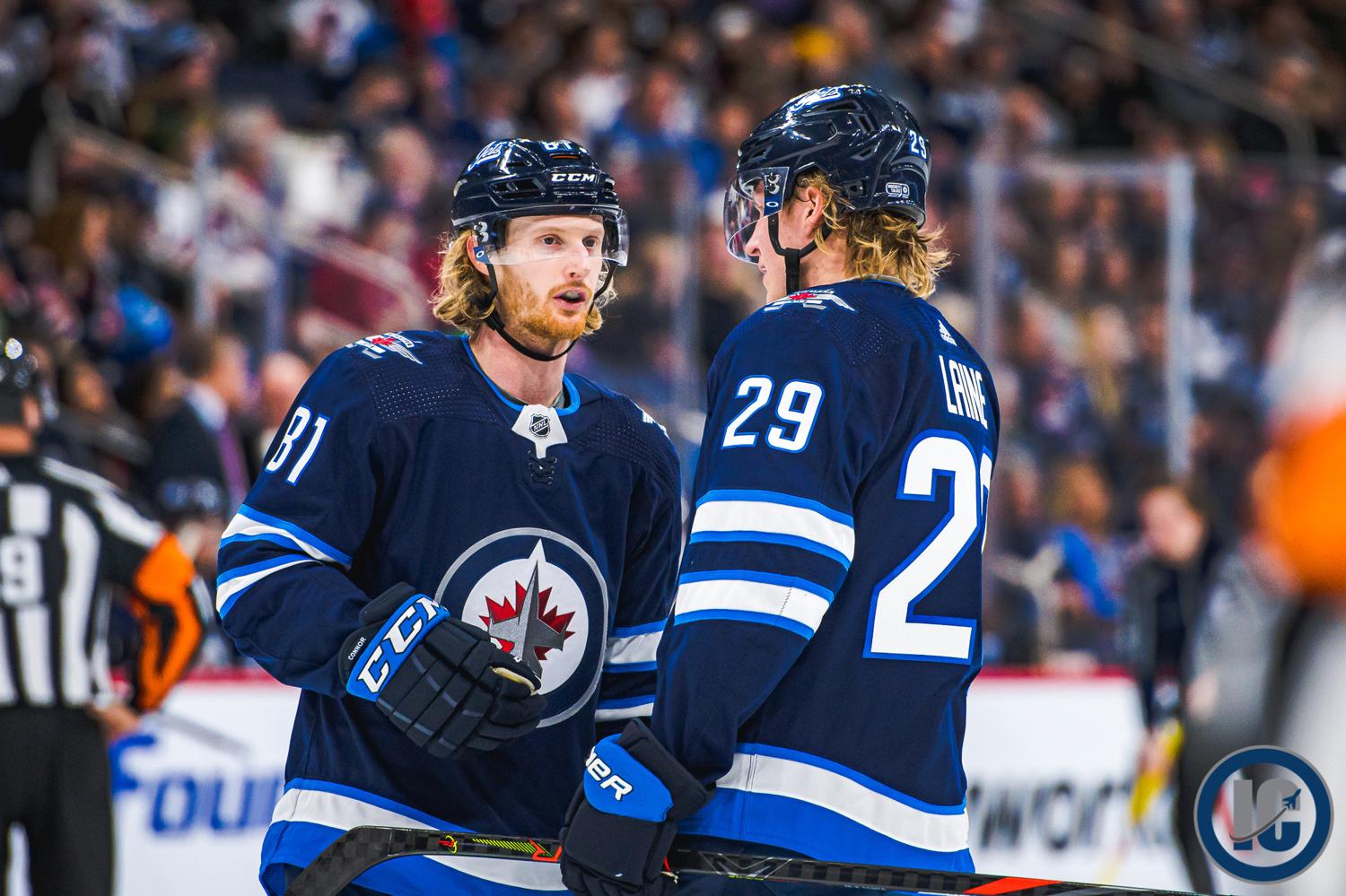 Winnipeg Sun: Jets prospect Perfetti unsure what to expect from ‘really crazy’ hockey season.  It is pretty clear the 2020 1st rounder is ready for quarantine to end so he can get out on the ice with this new teammates.

Winnipeg Free Press:  Jets’ top draft pick eager to hit the ice. (Paywall).  He will have an opportunity unlike any other year and he is the type of kid who will work hard at securing his role on whatever team (Jets, taxi squad or Moose) he ends up on.

TSN:  Loaded with firepower, defence remains the question in Winnipeg.  The Jets brought back Paul Stastny and added some key depth pieces in Derek Forbort and Nate Thompson, but will that be enough to keep Winnipeg’s championship window open? The TSN Hockey panel examines the Jets’ expectations this season and weigh in on Patrik Laine and Jack Roslovic’s trade requests.

Winnipeg Sun:  Jets Setting.  This was from two days ago but I missed it. Jets sports reporters Scott Billeck and Ted Wyman discuss the surprise (but maybe not) waiving of Mathieu Perreault, the steps Trevor Lewis has taken on his PTO to deserve a contract, and looming roster decisions with opening night just a few sleeps away.