Note:  Check out what was happening with main group, the early risers group and in the chat with coach Paul Maurice on day 4 of Jets training camp.

Note II: Today the groups remained split into two for day 5 of training camp with some movement between the two groups.  The early group gets going at 7:30 AM and the main group goes at 11:00 AM. We’ll have it all covered. Update:  Here is what was happening with group 1 and group 2.

Note III:  Jets broadcast schedule was released this morning.  Check it out here.

Winnipeg Sun: Wanna trade centres? No problem for Jets’ Connor, Ehlers. It shouldn’t surprise anyone that both left wingers are comfortable playing with either Scheifele or Stastny.

Sportsnet:  Ehlers getting early nod over Connor on Jets’ top line.  The Jets have a hell of a 1-2 punch when it comes to their left wingers but to start the 2021 campaign the two will flip flop.  But as Ehlers said yesterday he has had plenty of time during his time in Winnipeg with Scheifele and Wheeler. 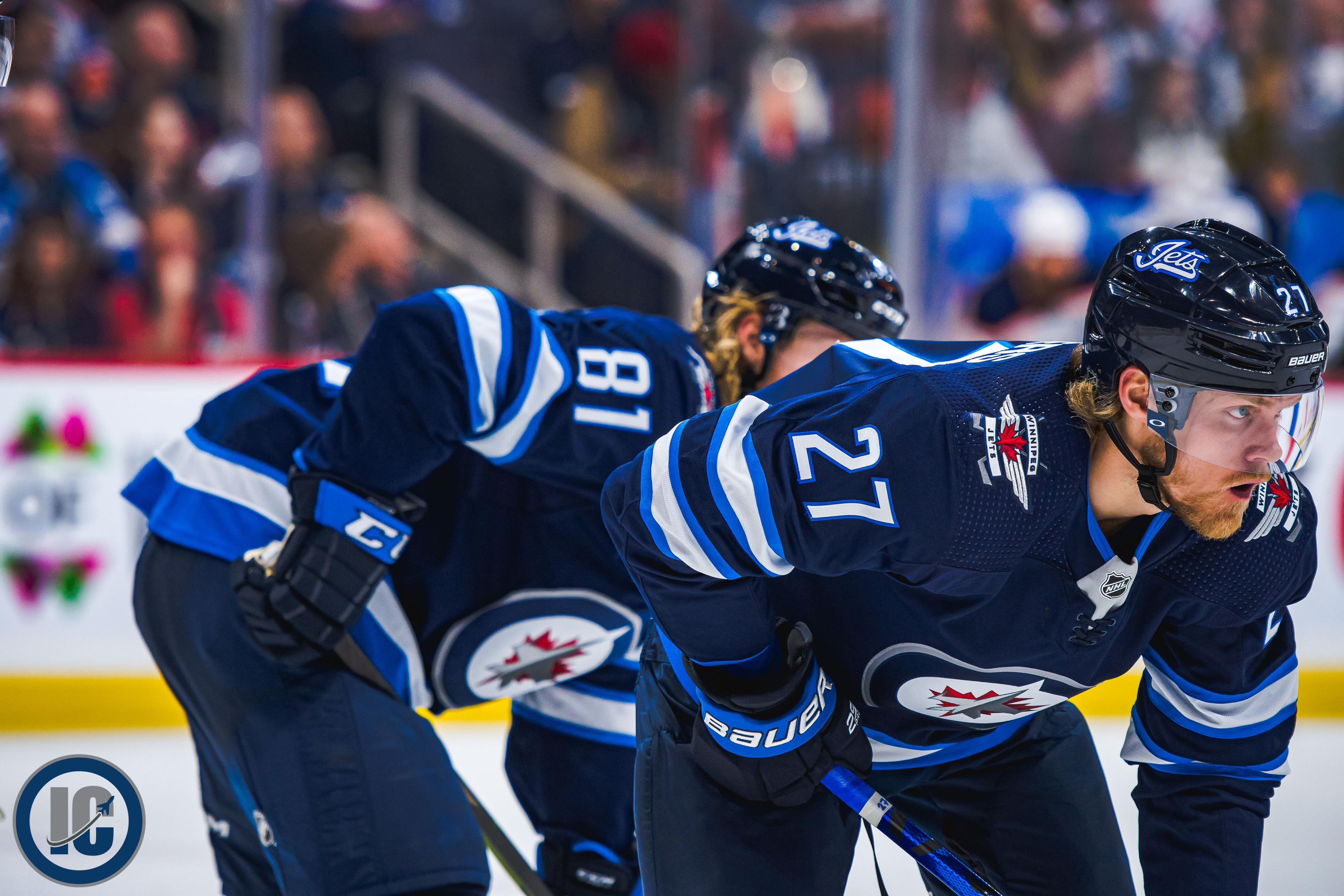 Winnipeg Free Press: Snazzy skater Ehlers plans to shoot more. (Paywall).  With the way he can shoot the puck it wouldn’t be a bad thing.

Winnipeg Free Press: Jets seeking back-end balance. (Paywall).  It will be interesting to see the growth in this group from last year.

Winnipeg Free Press: Connor can’t complain. (Paywall).  He can’t and won’t.  No surprise that the talented winger is just putting his head down and continuing to work hard at his craft.

theScore: 1 central question facing each Canadian NHL team. Good Friend of IC John Matisz writes about the questions facing the seven Canadian teams. The one regarding the Jets deals, not surprisingly, with the team D.

The Athletic Winnipeg:  Chemistry issues, prospects rising and notes on all 42 players.  (Paywall).  Murat provides you with his detailed insight after four days of training camp.