Note: Day 1 of the virtual NHL Draft was certainly a busy one.  It began with news that the Jets had made an adjustment to their 10th anniversary logo to honour the memory of Dale Hawerchuk and then they had Dale’s wife Crystal Hawerchuk make the team’s selection of Cole Perfetti with the 10th overall selection.  The night ended with a jovial Jets GM Kevin Cheveldayoff reflecting on day 1 of the draft and looking ahead to day 2.

Note II:  Ahead of the draft the Jets got some housekeeping done signing Dylan DeMelo for four more years.  You can hear his media availability here.

Note III:  The Jets start day 2 with three picks (2nd, 5th and 6th) for the second day of the virtual draft.  Will they be able to continue their success from day 1?  Stay tuned to find out.  The draft gets underway at 10:30 AM CT and we will have total draft coverage on site.

Sportsnet:  DeMelo signing an important starting point for Jets, but work remains.  Ken reacts to the newest signing by Winnipeg and also looks ahead at what still needs to get done.

Sportsnet:  Cole Perfetti hungry for NHL shot, won’t forget teams that passed on him.  He spoke about having a chip on his shoulder getting passed over by eight teams (nine picks) and you get the sense from him that he will use it as motivation which can only be great news for Winnipeg.

Winnipeg Free Press: Jets hope Perfetti a perfect fit. (Paywall).  Hard not to see him as a top addition to the prospect pool based on all the reviews of the player. 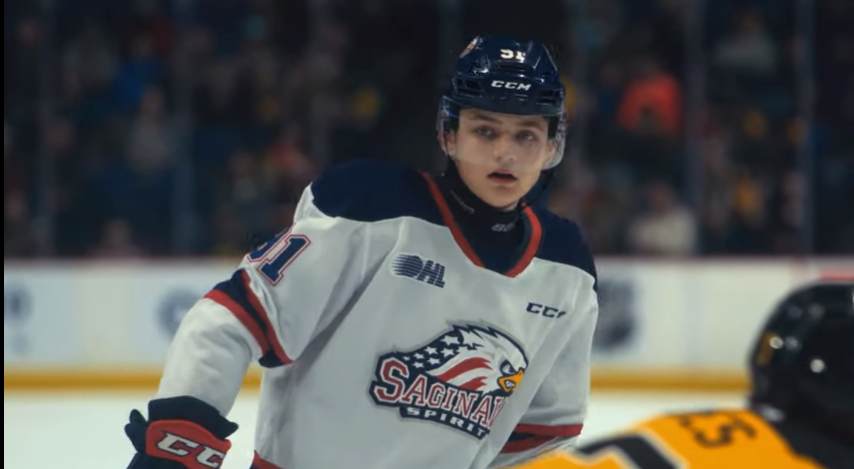 Winnipeg Sun:  Jets grab centre Cole Perfetti with 10th pick of NHL draft.  Think Jets GM Kevin Cheveldayoff telegraphed how happy he was to get a shot at drafting Perfetti when he said in his media availability at the end of the draft “I may have sprinted to the podium”.

NHL.com:  Jets call on Hawerchuk’s wife to announce No. 10 pick Perfetti.  A classy move by the organization to bring Dale’s wife into their selection process.

The Athletic:  Pronman’s scouting report: What the Jets are getting in Cole Perfetti. (Paywall).  Some insight into the Jets newest prospect in the cupboard.

The Athletic:  ‘He’s the best player in this draft’: Cole Perfetti was raised for this’. (Paywall).  Seems like pretty, pretty, pretty good praise for the Winnipeg pick.

The Athletic:  NHL Draft winners and losers: Ranking every team’s first round.  (Paywall).  If you just finished the article above then you won’t be surprised to find out that Scott, who wrote this one as well, feels the Jets hit a home run.

Sportnet: Could Cole Perfetti become the Canadian Kucherov?  This article came out a few days before the draft but it is very in-depth about the player the Jets selected last night and will provide some very good insight into the player picked by Winnipeg.

TSN:  Dynamic Perfetti slips to 10 as Jets add more high-end talent to their system.  You couldn’t go wrong with a top 10 pick in this year’s NHL Draft which featured a deep pool of talent. The Jets managed to land one of the most talented players available in Cole Perfetti, who as Sara Orlesky reports, is excited with the talent he could be playing alongside in Winnipeg.

TSN:  All eyes on Laine as Jets own top 10 pick for first time since 2016.  Winnipeg owns the 10th overall selection in the 2020 NHL Draft, their first top-10 pick since drafting Patrik Laine second overall in 2016. As Sara Orlesky explains, all eyes are on the Jets’ sniper as rumours swirl surrounding his future with the team.

Sportsnet:  How likely is it that Laine or Ekman-Larsson are traded?  Elliotte Friedman joined Sportsnet Central to look at the NHL draft and touched on some big names swirling around the rumour mill, like Oliver Ekman-Larsson, Johnny Gaudreau and Patrik Laine.

TSN 1290 Winnipeg:  Winnipeg did quite well to walk away with Perfetti.  Murat Ates of The Athletic joined Rick Ralph and Paul Edmonds and discussed the Jets selecting Cole Perfetti with the 10th overall selection in the 2020 NHL Draft. (starts at 5:00)