Note:  The big day was finally here on Monday as the NHL held their draft lotto phase 2 selection process which saw the New York Rangers walk away with the top selection and which ultimately meant that the Jets are set to pick 10th overall.

Note II:  The attention this week will focus on the end of season media availability which will see two players (Scheifele & Copp) speak today, two more players (Little & Morrissey) chatting on Wednesday and then things will conclude with coach Paul Maurice and GM Kevin Cheveldayoff on Thursday.  As always we will have it covered.

Winnipeg Sun:  Scheifele thankful that he’s OK.  Based on the way he reacted it seemed plausible that it was going to be a very bad injury but he was able to get some reassurance that it wasn’t going to be as significant as he believed and he sounds like he is well on his way to recovery.

The Athletic Winnipeg: The top 10 prospects likely to be available when Jets draft at No. 10.  (Paywall).  As this is a deep draft there are plenty of options which Murat details in this article.

Winnipeg Sun: Jets lose ping-pong game, turn sights to draft.  Missed it by that much.  While folks may lament missing out on the top selection with a very deep draft the Jets are poised to get a very good piece for their puzzle. 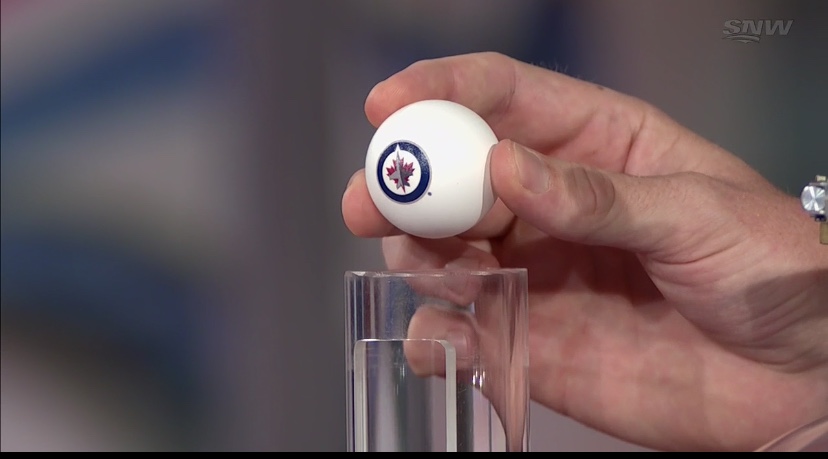 Winnipeg Free Press:  Lottery ball (unsurprisingly) bounces away from Jets.  (Paywall).  Not sure I can ascribe anything other than luck of the draw to the lotto. In 2016 the Jets got lucky and in 2020 they did not.

The Athletic:  Projecting the first round of the 2020 NHL Draft.  (Paywall).  That pick for Winnipeg would seem to be right up the Jets alley.  But there are a few around that selection spot that could end up in the Jets plans.

The Athletic Winnipeg:  Analyzing Winnipeg’s options whether they win the draft lottery or not.  (Paywall). While Murat wrote this in advance of yesterday’s draft it is a good look at what the Jets could do without the top pick.