Note:  Lots of questions for the Jets heading into Sunday following a tough 4-1 loss on Saturday in game 1 against the Flames.  In the morning we learned that neither the players nor coach Paul Maurice were backing down from their position regarding Tkachuk injuring Mark Scheifele.  We also learned that Scheifele, Patrik Laine and Mason Appleton would miss practice later that afternoon and the evening would conclude with a report by Sara Orlesky of TSN, which suggested that both Scheifele and Laine would miss game 2 but that Scheifele’s injury wasn’t expected to be long-term.  Quite a lot of news for one day.

Note II:  The Jets don’t have the luxury of dwelling on a game or player(s) loss however as they’ve gotta get back into this series which gets underway this afternoon at 1:30 PM CT.  Be sure to check back for our pre-game report and post-game we will bring you reaction from Jets players and coach Maurice.

Winnipeg Sun:  Jets stand by accusation that Tkachuk intentionally tried to hurt Scheifele.  Both sides have really come together to stand by their respective teammates and it really doesn’t feel like either side will back down from that position.

Winnipeg Free Press:  Injuries give low-profile Jets chance to soar.  (Paywall).  There is certainly an opportunity to change things up and give some of the young guns a bit more rein in the game this afternoon. 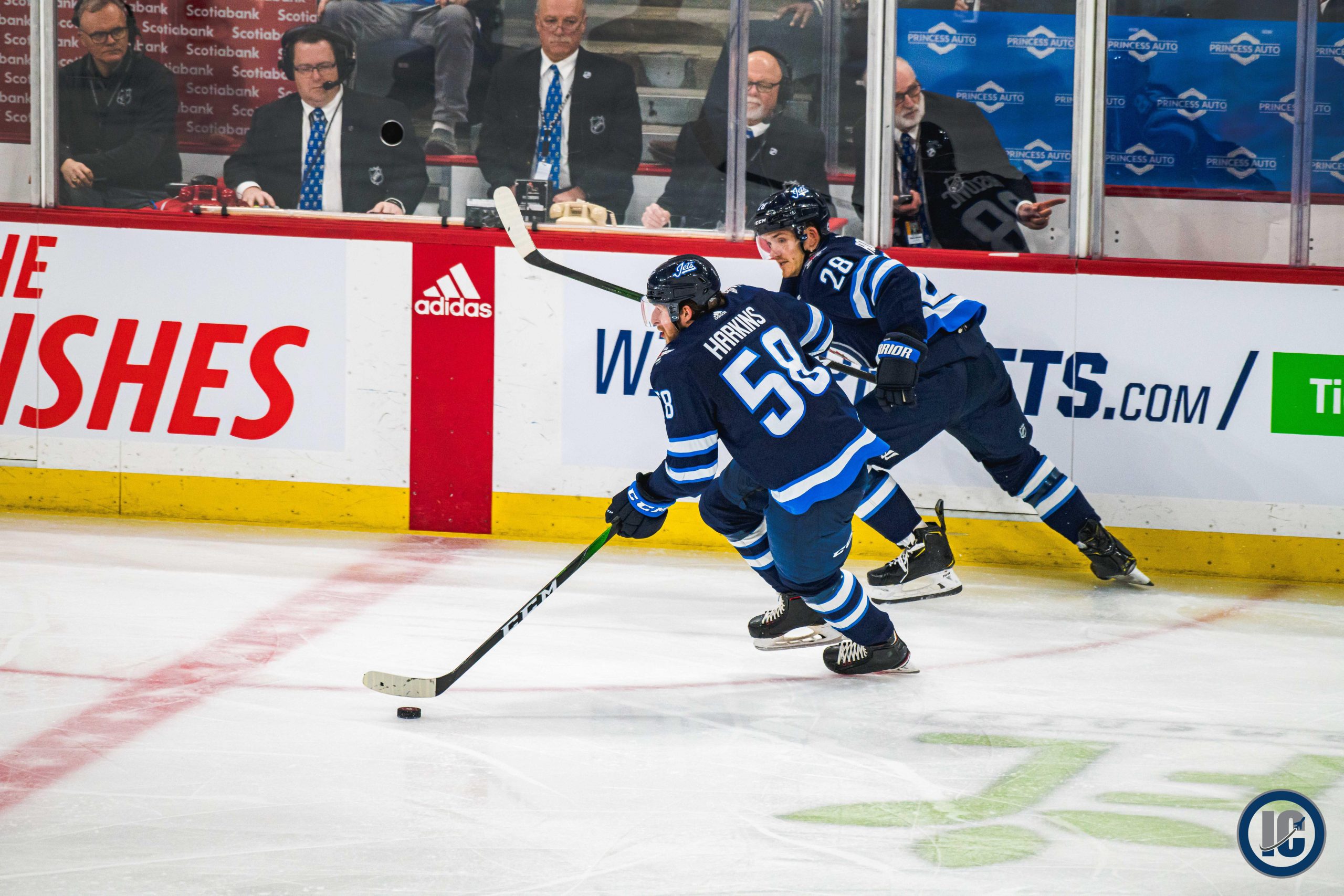 Winnipeg Free Press:  Jets won’t let Scheifele’s injury hold them back. (Paywall).  If they dwell on this, the series will basically be over and from the sounds of the conversation 55 had with the Jets that certainly doesn’t sound like the way the Jets top centre wanted his squad to react.

Calgary Sun:  Flames look past Game 1 fireworks and focus on Game 2 against Jets.  From a Calgary perspective you’ve already gotten into the Jets head.  Now they will go for a strangle hold if they can take today’s game.

Calgary Sun:  War of words continues between Flames and Jets.  Shall be interesting to see what this looks like later this afternoon.

Globe and Mail:  Tkachuk controversy stirs the blood in hockey’s long-awaited return.  It certainly didn’t take long for fans of the Flames and Jets to resume that Smythe Division hate from the mid to late 80s.

Sportsnet:  Dirty or not, Flames’ Matthew Tkachuk thrives when spotlight is on him.  There is no doubt he is the player everyone in Calgary and Winnipeg seems to be talking about these days.

Sportsnet:  As Jets hope for miraculous return, Scheifele’s injury presents major void.  Just trying to replace one of these two would be a void.  To have to replace them both is a chasm that I am not sure the Jets depth can span.

The Athletic:  Everything we heard in an empty Rogers Place.  (Paywall).  Without having to deal with a five second delay the folks inside heard it all in its unfiltered glory.  He brings you inside the arena for some of the greatest hits.

TSN:  ‘There’s no possible way there was intent by Matthew Tkachuk’.  TSN Hockey analyst Jeff O’Neill explains why he believes Matthew Tkachuk did not have any intent to injure Mark Scheifele and any claim to the contrary, is way off base. TSN Hockey Insider Bob McKenzie says the league agrees as well, with no discipline forthcoming. So how does this incident impact both teams moving forward?

TSN:  Maurice firmly believes Tkachuk crossed the line with hit on Scheifele.  Paul Maurice had some ‘intense’ comments on Matthew Tkachuk’s hit on Mark Scheifele which saw him leave the game and not return. Ryan Rishaug reacted to the comments and the different stories coming from both sides and also touched on Johnny Gaudreau’s effort in Game 1.

Sportsnet:  Maurice’s heated comments were gamesmanship | To The Point.  Brian Burke gives his take on the unfortunate incident between Matthew Tkachuk and Mark Scheifele.

Sara Orlesky reporting Mark Scheifele’s injury is not believed to be long term but he is expected to miss Game 2
2020 Stanley Cup Play-In Series: Jets vs. Flames Pre-Game 2 report