Note:  The Jets hit the ice on Saturday for a skate which saw Nikolaj Ehlers missing from the main group but he did skate with the black aces which is a sign that whatever he is dealing with likely isn’t too significant. Although it should be noted that Ehlers wasn’t part of the scrimmage which took place after practice.  As per NHL policy coach Paul Maurice didn’t shed any light on that situation nor that of Jansen Harkins who was missing from both groups.  You can hear the full availability with the Jets bench boss here.

Note II:  Today is the last official day of training camp here in Winnipeg.  We will learn which 31 players are heading to Edmonton as well.  Stay tuned for all coverage here.  (Update:  Both Nikolaj Ehlers and Jansen Harkins were skating at IcePlex).

Winnipeg Sun:  Bubble-bound Jets looking forward to ‘enormous summer camp,’ and intense playoff hockey.  It really is going to be a summer like no other.  One which could last until the fall which is going to make for some pretty, pretty, pretty interesting stories.

Winnipeg Sun: Jets Snapshots.  Ted’s topics include: 1)  Jets not sure what to expect when it comes to players kneeling as NHL starts back up. 2) Ehlers on the mend. 3) Look who’s packing. 4) Clutch in the playoffs. 5) Going against the best. 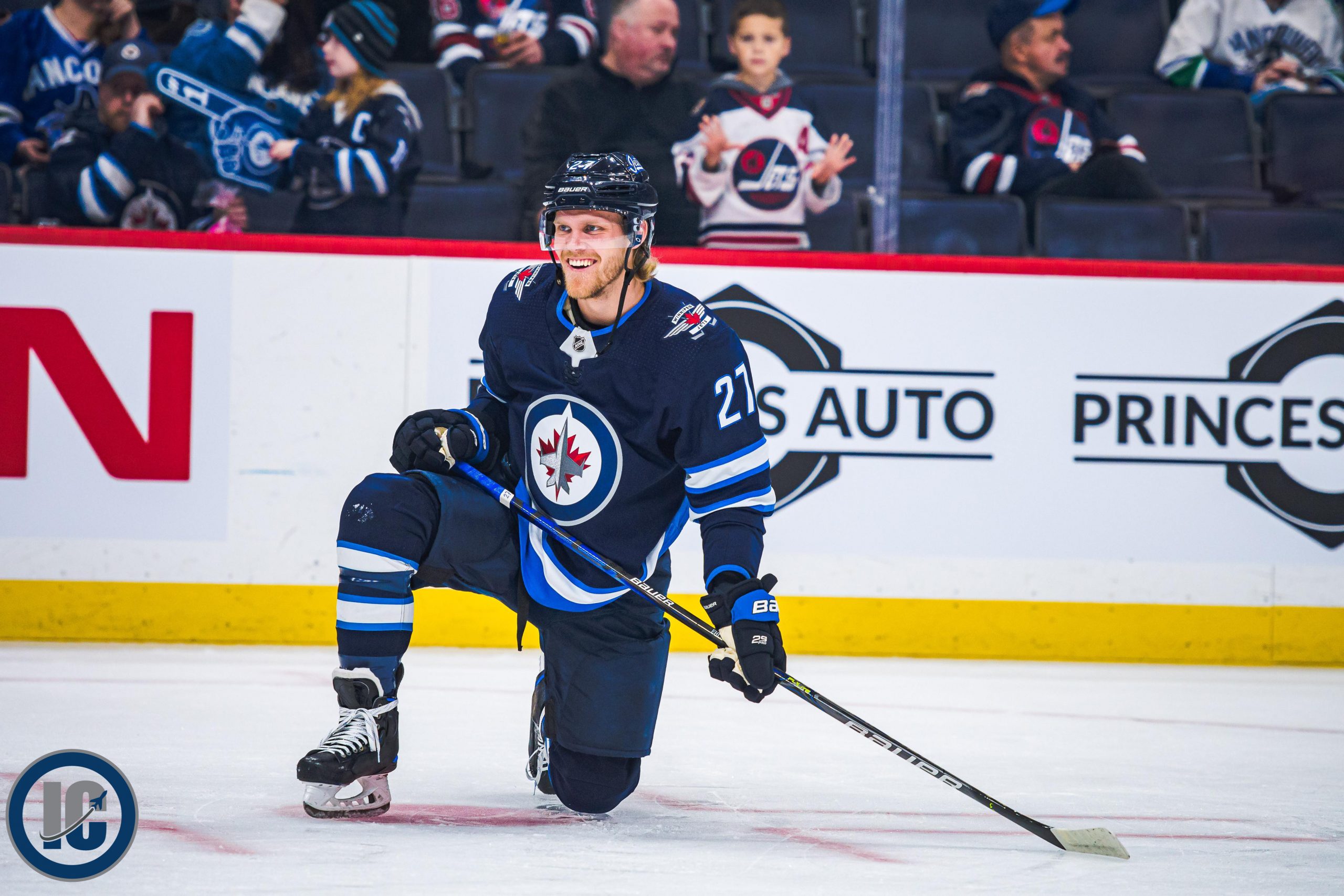 Winnipeg Free Press:  Ehlers’ status still in question after Jets’ Saturday skate.  (Paywall).  Seeing him with group 2 on Saturday was good news for a Winnipeg squad which will need the Dynamic Dane in the lineup and producing if they want to make it far.

Winnipeg Free Press:  Squad looking forward to showdown with potent Flames.  (Paywall).  It really is a very evenly matched series and could prove to be most fascinating of all of the play-in series.

Sportsnet:  Flames’ three biggest questions entering week of NHL restart.  Check out the latest on the Jets opponent next week.

Topics: Recap of the Winnipeg Jets training camp after Saturday’s practice as team prepares to head to Edmonton on Sunday, Expectations for Nikolaj Ehlers entering the Jets/Flames play-in series, Anthony Bitetto returns to practice after admitting he tested positive for COVID-19, Who is the Jets 7th defenceman (Sami Niku or Luca Sbisa), The importance of the Jets penalty kill