Note:   The Jets were looking for a third win in their fourth and final game of the road trip but two Bruins goals in 33 seconds in the 3rd period would prove to be the difference and would lead Boston to a 5-4 victory which ultimately left the Jets 2-1-1 during this trip.  They were scheduled to practice today in Winnipeg but have subsequently cancelled.  They are next scheduled to practice tomorrow at 11 am in advance of their Sunday afternoon game against the Predators.

Note III:  The Moose practiced in Grand Rapids on Thursday in advance of tonight’s game against the Griffins.  The Moose will be keeping their eyes on the waiver wire as Logan Shaw was put on waivers by the Jets for purposes of assignment to Manitoba.  While there remains some uncertainty with Shaw they will be getting 2018 2nd rounder David Gustafsson who was assigned on Thursday to the Jets farm club although he was given some time off to be with family and won’t join Manitoba until next week.  We should know Shaw’s status by 11 am CST (Update: He cleared waivers).  Puck drop is at 6 pm CST.

Winnipeg Sun:  Bruins rally in third period to beat Jets.  Two goals in 33 seconds was enough to sink the Jets ship last night in Boston.  Paul provides you his thoughts from Massachusetts.

Winnipeg Sun:  Jets coach Maurice scratches Niku, starts Twitter firestorm.  The Jets are 3-0 when Sami Niku is in the lineup…..just sayin.  Wasn’t on twitter much last night but I suspect the FreeNiku movement was less than pleased with the decision.

Winnipeg Free Press:  Bruins battle back to top Jets 5-4. (Paywall).  Mike recaps the action from his spot inside TD Garden.

Winnipeg Free Press:  Brossoit wants to be more than a backup.  (Paywall).  In all facets of hockey you always want a player who is pushing to get to new heights.

Winnipeg Free Press:  More overtime magic a winning idea.  (Paywall).  Maybe for the fans but I’m not sure players would love an additional five minutes of that type of insanity/chaos.

Sportsnet:  Andrew Copp’s return to Jets’ lineup highlights his underrated importance.  Pretty clear what happened to this team when number 9 wasn’t in the lineup. 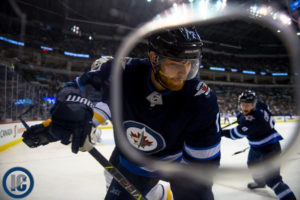 The Score:  How Neal Pionk and the scrappy Jets are surviving their great talent purge.  It has certainly been quite a changing of the guard.  And just think about next season when the only guys who currently have contracts with the Jets are Morrissey, Pionk, Poolman and Dahlstrom.

The Athletic Winnipeg: Grading Winnipeg’s forwards, from the elite to the struggling. (Paywall). Murat breaks out his grading pen with a look at the guys up front.

Sportsnet: Brian Burke on ways to change 3-On-3 OT, Canadian Stanley Cup contending teams. Hockey Central analyst Brian Burke joined Tim and Sid to talk about ways to change 3-on-3 overtime in the NHL, the play of the Winnipeg Jets and the state of the Montreal Canadiens plus much more.

TSN: Jets have no answer for red-hot Pastrnak. The Jets couldn’t shut down the Bruins’ top line on Thursday night and David Pastrnak took full advantage. Dennis Beyak and Kevin Sawyer take a closer look at his three-goal performance and explain why Laurent Brossoit still had a good night in net despite the loss.

TSN: O’Neill on Laine’s shootout snipe: ‘He’s the only guy in the world that can do it like that’. Patrik Laine failed to reach the scoresheet against the Maple Leafs, but made his mark in the shootout with an unbelievable shot from the top of the circle that beat Frederik Andersen. TSN Hockey analyst Jeff O’Neill joins SportsCentre to examine Laine’s unique shot and share his opinion on Blake Wheeler’s celebration.