Note:  Plenty of consternation at the lack of noise surrounding the Winnipeg Jets these days.  And with good reason as aside from finding out when Andrew Copp and Neal Pionk have their salary arbitration hearings it is pretty quiet regarding the team’s RFAs.

Note II:  The full season schedule for the Moose was released yesterday and it is one that I think the team brass will be very happy with.  They have significantly cut down on their travel as they’ve eliminated playing against the California based teams.

NHL.com: Heinola quietly focused on future with Jets.  Lots riding on the shoulders of the young D man but thankfully for him that pressure won’t come for at least a year (or more) down the road.

Winnipeg Free Press:  Trouba trade might not be terrible, after all. (Paywall).  Mike makes the case for why this trade may not have been so bad after all. 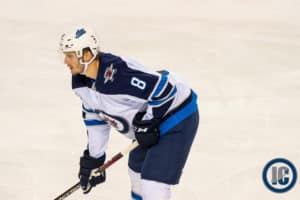 Global News: Jets captain Blake Wheeler to sign a painting of his portrait for auction.  In the end a good deed will be rewarded and a charity will benefit.

Winnipeg still has a lot of work to do if the team is going to be a contender after losing a handful of key players over the past few weeks. What do they do next?