Copp and Pionk dates are set. 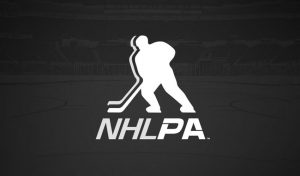 With Andrew Copp and Neal Pionk filing for salary arbitration last week the NHLPA today has released the dates of their hearings:

Of course there is a good chance that neither actually gets to their hearing before signing a new contract with the Jets.  Here is what happened last summer with the Jets RFAs:

As per the CBA:

Each salary arbitration decision must be issued by e-mail to each of the parties simultaneously within forty-eight (48) hours of the close of the hearing.