Start off your weekend right with this morning’s news 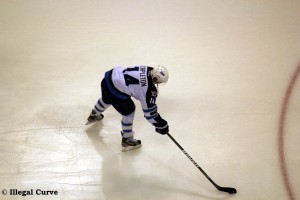 Now it’s time for the news

The Illegal Curve Hockey Show air’s today from 12pm-3pm on TSN 1290. Today our guests will be; Josh Cooper of the Tennessean, James Gordon of the Ottawa Citizen and Drew Remenda of CSN California> Here’s a complete preview. If you can’t be by your radio to listen to it live, subscribe to the podcast on iTunes.

Andrew Ladd: Perception or Reality Richard Pollock wrote this wonderful article earlier this week detailing Andrew Ladd’s penalty taking. Curl up with your iPad and a coffee and read it this fine Saturday morning.

Dave Minuk was in Vegas last night and threw this bet down on the Jets. Midway through the second I actually felt bad for him.

The Jets did the unthinkable last night, when it looked like their season was over, they rallied from a 3-0 defecit to eventually tie the game and send it into overtime.

Goats: Anyone who played for Washington in the 3rd period.

Illegal Curve: Jets on a Deadline All of your game stories and highlights

Winnipeg Free Press: Fourth line is No. 1 Ed Tait starts by writing, “they don’t have a nickname – at least not yet”…last night Richard Pollock suggested the “Waiver Line” as all three players (Stapleton, Maxwell, Machacek) have been at waivers at one point this season.

Winnipeg Free Press: Dreamers don’t quit Coming into the game, the Jets were 0-22-3 when trailing after two periods. Understandable that some fans would have been throwing in the towel after they got down 3-0.

Winnipeg Free Press: The glass is still half full Winnipeggers will hang on to the hope of a playoff berth as long as they can. It truly has been a dream season.

Winnipeg Free Press: The Race The Capitals hit the snooze for the 3rd period last night. The Jets odds of making the playoffs (via SportsClubStats.com) has shot up to 15%.

Winnipeg Free Press: Jets Report Ezra Ginsburg will have his own preview later this morning

Winnipeg Free Press: Highlight Reel Jets 4 / Caps 3 (OT) I have a confession to make, last night on twitter I was repeatedly tweeting out “Mahacek” without realizing that it was spelled incorrectly. For some reason I did not include the silent “C” at the beginning. He was playing like he was on “Mach 3” last night, teaching me never to spell his name incorrectly again. Spencer Machacek now has five points in five NHL games this season. Could he and Ben Maxwell give the Jets the scoring depth the need to keep this season going?

Winnipeg Sun: Snapshots: Jets prove they belong in playoff race Continuing from the previous comment; you type anything in Google these days and it will just auto correct it for you. I could literally mash my keyboard with a fist, and Google would know what I’m searching for.

Winnipeg Sun: Trotz pulls off Music City miracle The Dauphin, Manitoba native is approaching 500 career coaching wins, all of them with the same franchise. Today’s trivia question (answer in the article): Which three coaches are the only people to have recorded 500 coaching wins with one team, and with which team?

As for the actual “Music City Miracle“, I maintain that if the Bills had started Doug Flutie (who deserved the start)  instead of Rob Johnson (who was never good) the whole thing would have never happened.

TSN: Jets come from behind third to gain ground on Caps It seemed that the it was all over midway through the second, not just just the game, but the entire season and the hope of a playoff spot. In the bathroom of the Cheer Bar & Grill on Osbourne a patron said to me, “well, the season’s over”. It ended up being one of the most exciting games of the season.

Washington Post: Capitals vs. Jets: Washington coughs up three goal-lead and suffers 4-3 overtime loss to Winnipeg “It was the first time this season Washington had coughed up a three-goal lead, and its first loss in 23 games in which it had entered the third period with a lead.”

Washington Post: Brooks Laich-Jim Slater fight was “spark” for Jets vs. Capitals Say what you want about the place fighting has in hockey, but the Jets got turned up after the fight. I suggested on twitter that Slater had some extra rage he needed to unload because Michigan State lost to Union in earlier in the afternoon.

Washington Times: Capitals blow 3-goal lead, then fall to Jets in OT They didn’t score from centre ice, but the Jets third period was their most impressive third this season, out-shooting the capitals 17-2.

Ottawa Citizen: Cole and the Canadiens put the Senators away early Could this be the loss that sends the Sens into a downward spiral, opening up an additional playoff spot? The Jets play the Sens in what will surely be an important game on Monday.

The Tennessean: Nashville Predators aren’t concerned by Pekka Rinne’s slump The Finnish netminder has let in 11 in his past two losses, Jets fans hope that streak continues tonight.