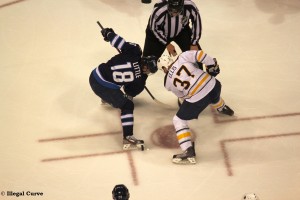 Now it’s time for the news.

Winnipeg Free Press: Jets rooting for Flyers ahead of Washington game  I don’t think they rooted hard enough, Philadelphia only won in a shootout.

Winnipeg Free Press: Jets Report A preview of tonight’s contest, we’ll have our own preview from Ezra Ginsburg later this morning.


Winnipeg Free Press: The Race Safe to say the Jets set their alarm correctly for this playoff race. There’s no mixing up the AM/PM here.

Winnipeg Sun: Jets young guns vs. top guns For all the talk about Ovechkin’s “down” year, his 32 goals tie him for 8th in the league. He’s still a top performer, but not what he once was. His 0.81 points per game this season are a far cry from the career high 1.51 points per game he put up in 2009-10. Luckily for him, he’s only 26, and entering his “peak” years, he has time to rebound.

Winnipeg Sun: Hair talk helps Jets keep it light This is probably the only article I’ll read all year that name-drops Kamil Kreps. Apparently Tanner Glass stole his hairstyle from the Czech forward while they were teammates in Florida. In case you were wondering, Kreps scored 60 points in 232 NHL games with the Panthers (2006-2010) and is currently playing with Barys Astana in the KHL. Other former NHLers on Barys Astana for this season, Brandon Bochenski, Dustin Boyd, Nigel Dawes and Jiri Novotny. If you haven’t noticed, I have a thing for fringe NHLers.


Winnipeg Sun: Jets might as well be down 3-1 in playoffs That’s one cliche that I forgot to mention in my post yesterday titled “Jets prepare for “biggest game of the year””

Globe and Mail: When Jets face Caps, no love’s lost The Jets are building up some rivalries in the Southeast Division. Enjoy seeing these teams six times per year while you can. Interesting to note that the Jets and the Caps have almost identical home records (Jets 23-11-4, Caps 23-10-3) and road records (Jets 11-20-4, Caps 14-20-4). What I’m saying here is; tonight’s game is basically the road Jets against the home Jets.

The IceCaps play tonight at Syracuse, puck drop is at 6:30pm

The Washington Post: Washington falls in shootout, but picks up a point against Philadelphia The Jets are now five points back of eighth, and they have to compete with the streaking Sabres as well.

The Washington Post: Braden Holtby critical of his performance in 2-1 shootout loss to Flyers The rookie goaltender got the start Thursday in Philadelphia, looks like Michal Neuvirth will be the likely starter in tonight’s match. Tomas Vokoun has been battling a groin injury

The Tennessean: Radulov scores, Nashville Predators lose Curious to see what the Russian forward will do on Saturday against the Jets. He scored 63 points in 50 games this season with Salavat Yulayev Ufa . (say that one three times fast)

The Tennessean: Alexander Radulov, not Peyton Manning, can deliver Nashville a title The Predators have made the playoffs six times in their twelve seasons. They have only won one playoff series, last year’s first round bout against Anaheim. As Owen Hart once said, “enough is enough, and it’s time for a change!“ (Hence the trade deadline acquisitions of Gill, Kostitsyn, Gaustad and now Radulov)

The Buffalo News: Ruff expects to get best from East’s top team For all of the scoreboard watchers, the Sabres play the Rangers at Madison Square Garden tonight. The Sabres 80 points are one back of Washington’s 81, if the Jets win and Sabres win, they could take sole possession of eighth place.

The Globe and Mail: Shanahan’s ruling on Keith a big deal How many games will Duncan Keith get for his elbow to the head of Daniel Sedin? According to the Hockey Insider Bob McKenzie, there will be an in-person hearing, meaning there is the potential for a greater than six game suspension.

ESPN: Donald Fehr comfortable in new role Get ready for an off-season of CBA negotiations. Call me when it’s over and a new deal is signed.

The Associated Press: No-name North Dakota? Banned from using Fighting Sioux, hockey team loses logo, nickname Looks like they won’t be able to use the name or logo in the playoffs. The NCAA is laying the hammer down on teams with American Indian nicknames, how long until one of the Cleveland Indians, Washington Redskins, Atlanta Braves or Chicago Blackhawks have to change?

The Illegal Curve Hockey Show airs Saturdays from 12pm-3pm on TSN 1290. Can’t listen live? Subscribe to the podcast on iTunes.