Note: Puck drop is at 7 pm CDT tonight as the Jets homestand concludes against the Hurricanes. After the game, be sure to check us out for all the post-game reaction.

Note III: It has been a busy day already with the news that Neal Pionk is in concussion protocol and Riley Nash was claimed off waivers by the Lightning.

News & Observer: Canes rookie Seth Jarvis on going home to Winnipeg, and a ‘Fishy’ living arrangement. Has to be a lot of excitement for the Jarvis family as 2020 13th overall selection Seth Jarvis will be playing his first pro game in Winnipeg tonight when his Hurricanes come to town.

Illegal Curve: Jets vs Hurricanes pre-game report. The Jets held a morning skate followed by a media availability before they take on Carolina. Check out the projected lines and D pairs and hear from players as well as head coach Paul Maurice. Also known as the battle between Svechnikovs. 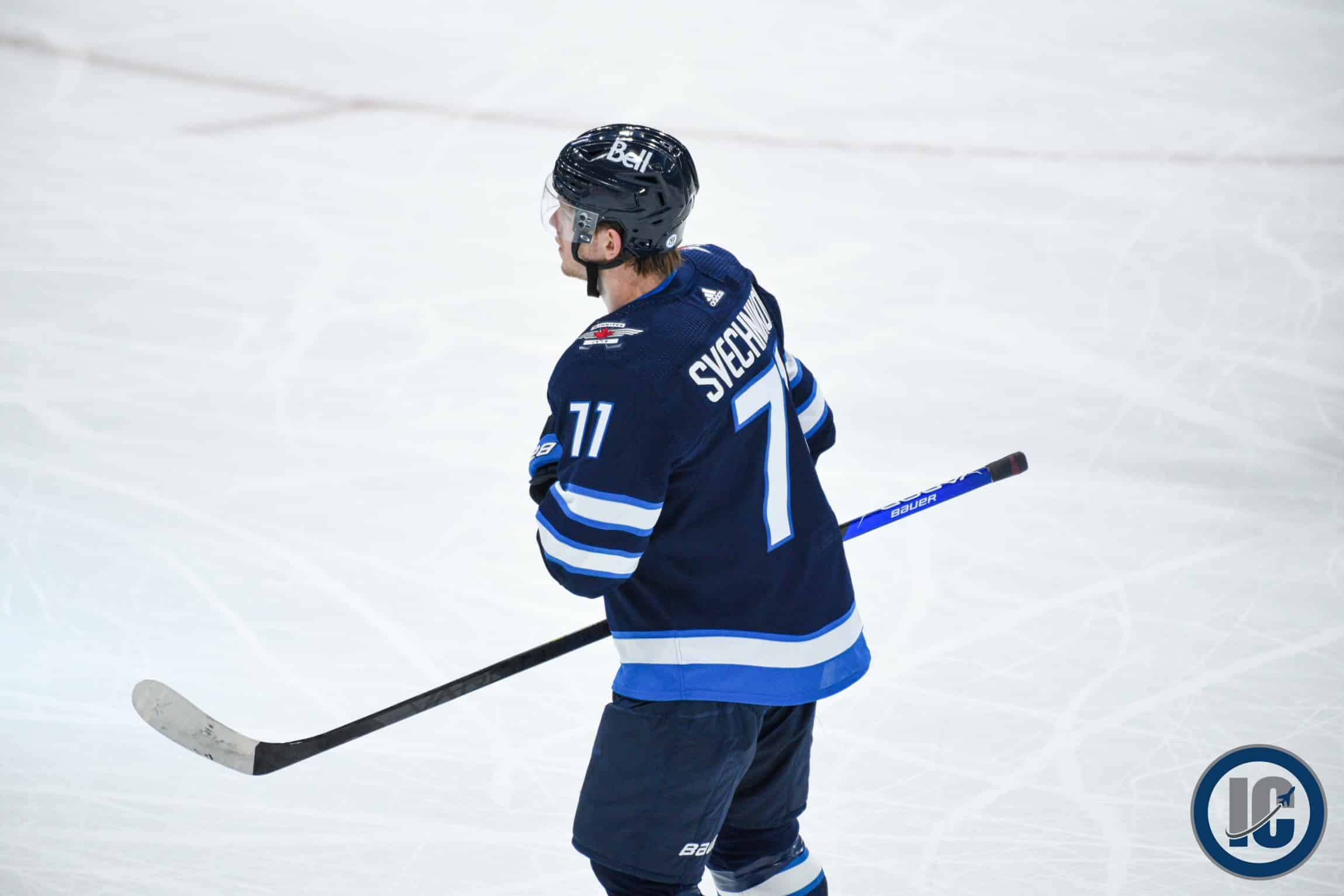 TSN: ‘It was a good way to cap off a special day’: Stanley discuss viral moment. Speaking for the first time since an emotional win over the Maple Leafs, Jets defenceman Logan Stanley spoke about his viral moment with a football helmet in the locker room and the reaction of his teammates.

TSN: Nylander already anticipating Jets rematch: ‘We’ll see what happens then’. William Nylander reflects on the Maple Leafs’ loss in Winnipeg and explains why he believes if a few calls were made things wouldn’t have escalated as much as they did.

CJOB 680: Fly By. The Jets end a four game home stand against CAR tonight. 680 CJOB’s Paul Edmonds and Jamie Thomas discuss the importance of the win over TOR on Sunday, the impact of Neal Pionk’s suspension and Svechnikov vs. Svechnikov.