The talented D man is dealing with the effects of the Spezza hit.

Jets defenceman Neal Pionk was suspended for two games after he tried to hit Rasmus Sandin in a game against the Leafs on Sunday but ended up going knee on knee with his fellow defenceman. The hit took Sandin out of the game and he will be out of the Leafs lineup for 2-3 weeks according to his head coach Sheldon Keefe. 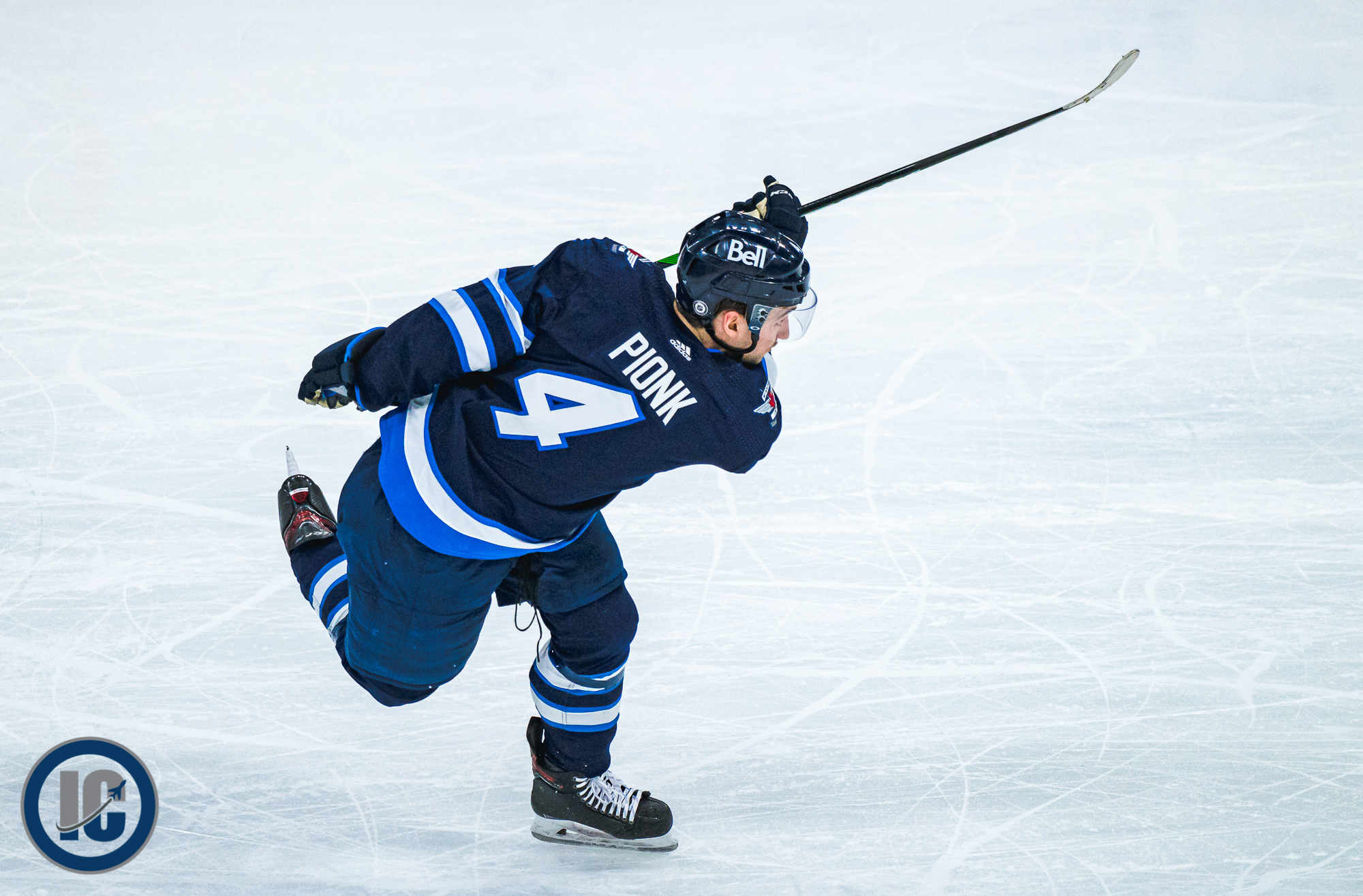 Shortly after that incident took place Pionk was hit in the head as he was on the ice by Jason Spezza who is likely facing a suspension from Player Safety later today.

During his media availability this morning Jets bench boss Paul Maurice indicated that Pionk is in concussion protocol and won’t make the road trip out west.