Note: The Jets were off on Monday but still making plenty of news as it was reported that Riley Nash had been placed on waivers and that Neil Pionk would have a phone hearing with Player Safety which resulted in a two-game suspension of the defenceman. Of course the big questions is which player will be recalled from the Moose? My best guess would be 2017 3rd rounder Johnny Kovacevic as he is the best right shot option although if the plan is to use Nate Beaulieu, then it could also be 2019 1st rounder Ville Heinola. Stay tuned for that news.

Note II: Morning skate for Winnipeg gets going at 10:30 AM and check back for our pre-game report to get all the latest. Puck drop is at 7 PM and we want you to join the conversation on the Illegal Curve Post-Game Show which starts shortly after the final buzzer.

Note III: The Moose were off on Monday and are scheduled to practice today in Laval as they prepare for their final game of this three-game road trip.

Winnipeg Sun: Jets’ Pionk draws two-game suspension for kneeing Sandin. Folks in Toronto were calling for his head. Suspect the Spezza news will create lots of buzz on the old twitter-sphere.

Winnipeg Free Press: Jets not taking any guff. (Paywall). Logan Stanley forever secured himself in Jets lore with his celebration as he left the ice.

Toronto Star: The referees were responsible for letting the Leafs-Jets game turn into a ‘gong show’. Folks around the NHL are still discussing all that went wrong on Sunday night but it isn’t all about that game. Seems like lots of complaints about NHL officiating this season. 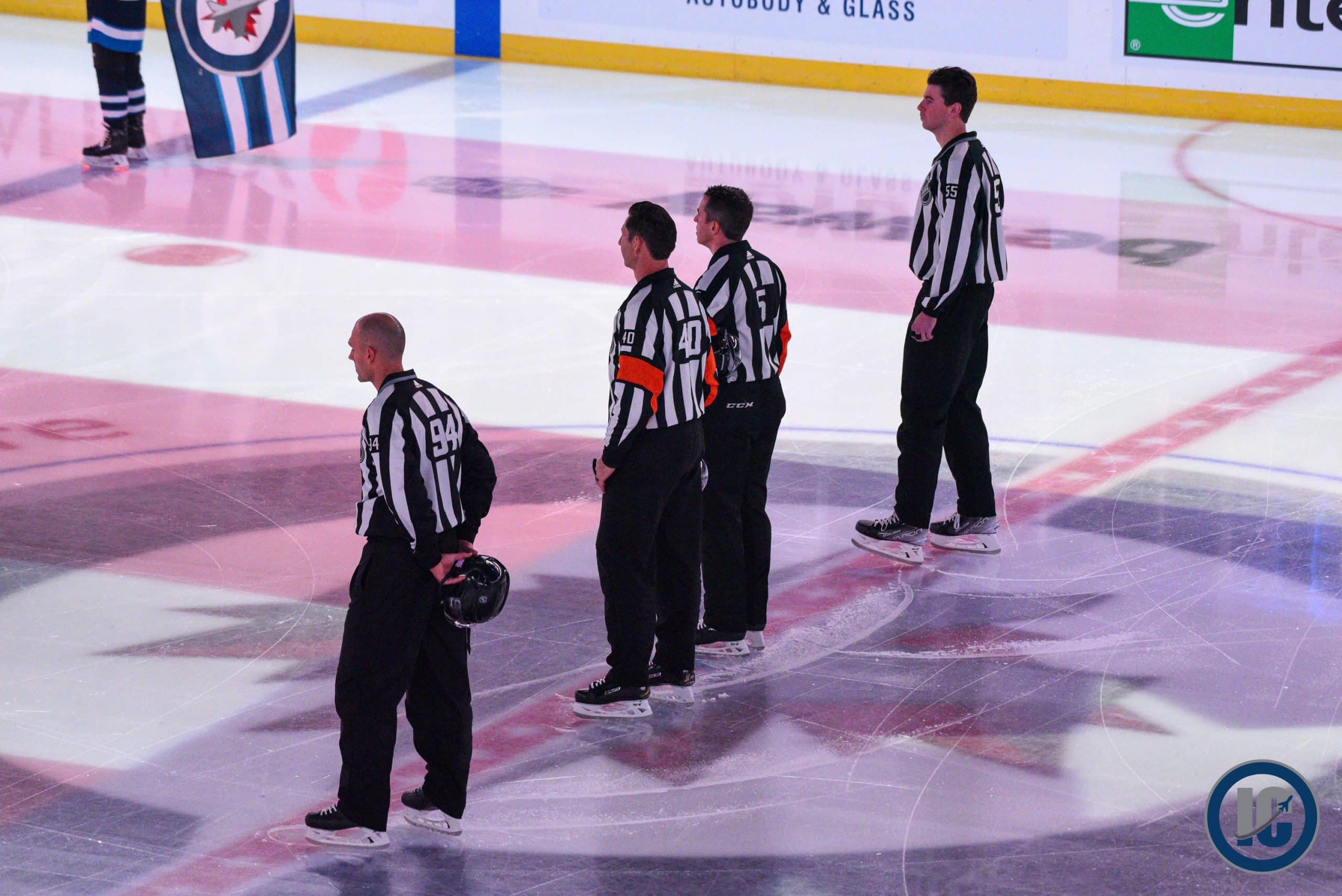 Sportsnet: Jets offence hitting stride after intense win over Maple Leafs. Couldn’t happen at a better time for the Jets as they were doing it all but getting run support.

TSN: Could bad blood between Jets and Leafs been prevented? With Neal Pionk receiving a two-game suspension, Wayne Simmonds getting a fine and Jason Spezza having an in-person hearing scheduled for Tuesday. Could all of this nastiness between the Leafs and Jets been avoided? That’s Hockey discusses.