Note: Puck drop is at 7:30 pm CST tonight for today’s game against the Stars.  After the game, be sure to check us out for all the post-game reaction.

Winnipeg Free Press:  Travel-weary Shore happy to be a Jet, hoping to stick around.  (Paywall).  Interesting nugget that he played with Moose forward Andrei Chibisov last season in the KHL.

The Athletic Winnipeg:  I was wrong about Neal Pionk. I needed to find out why.  (Paywall).  Murat wasn’t the only person in the city who didn’t attribute full value when the deal was done but he goes in search of an answer as to why he reached the conclusion he did and what Pionk has done differently here in Winnipeg. 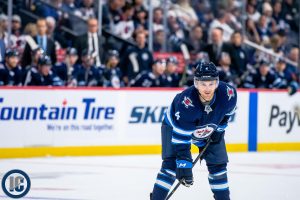 Dallas Morning News: What happened in Winnipeg? Breaking down what went wrong in a sobering Stars loss.  A comprehensive look at the things that the Stars didn’t do well on Tuesday.  Interesting to read about what a team that looked like they were heading straight to the top of the central has not done well of late and which has resulted in their being in a wild card spot.

Illegal Curve: Jets vs. Stars pre-game report. The Jets had an optional skate this morning followed by a media availability before they take on Dallas which takes place at 7:30 pm CDT. Check out the projected lines and D pairs and hear from Nick Shore, Nathan Beaulieu, Neal Pionk and Luca Sbisa.

Illegal Curve:  Coach Maurice pre-game scrum.  Topics included – Lineup changes?  Plan for Nick Shore?  What does Nathan bring to the blueline?  On the carryover from Tuesday’s game that the Stars will bring to the game tonight.  Would he like to see more home and home or back to back games?  How has Nikolaj Ehlers taken his game to the next level?  On Ehlers going to the dirty areas.  Importance of shot blocking.  More on the Nick Shore waiver claim.