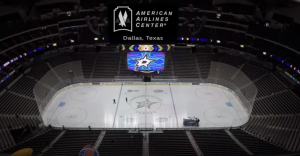 The Jets fought back from a two goal deficit to score once early in the third period (Blake Wheeler on a shot that fooled Ben Bishop) and then later when Mark Scheifele tied it with 45 seconds left in the final frame.  Tonight’s game would require OT and after Josh Morrissey was called for a questionable holding the stick penalty, Dallas Stars forward Joe Pavelski ended this one with a Power Play goal to secure the 3-2 victory.  With the loss the Jets fall to 17-10-2 on the season.

Coach Maurice:  Disappointment not getting the second point but good road point.  What did he like about the 3rd period?  Does he have a comment on the OT penalty against Josh Morrissey?  The unsportsmanlike penalty against Scheifele.  The belief this team has in their ability to comeback.  Did special teams turn the tide?  Line blending in the 3rd.  Not panicking when down a goal.   Further reflection on the OT penalty.  Home record vs Road record.

Asked about his 2nd period unsportsmanlike penalty, Mark Scheifele said “I don’t even swear. I said ‘You suck’. I don’t think my mom even punished my sister for telling me ‘I suck’ when I was 10 years old but that’s a song for another day.”

Coach Maurice on Mark Scheifele’s unsportsmanlike penalty “The man hasn’t sworn his entire life so it couldn’t have been that harsh”. Followed by Paul Friesen of the Winnipeg Sun indicated that Scheifele said he didn’t swear. “No and he wouldn’t. He doesn’t swear and I’ve tried to make him but he won’t.”

The Jets have a practice scheduled for 12 noon on Friday in Winnipeg.  You can kick start your day with the Morning Papers which go live tomorrow at 7 am on illegalcurve.com.